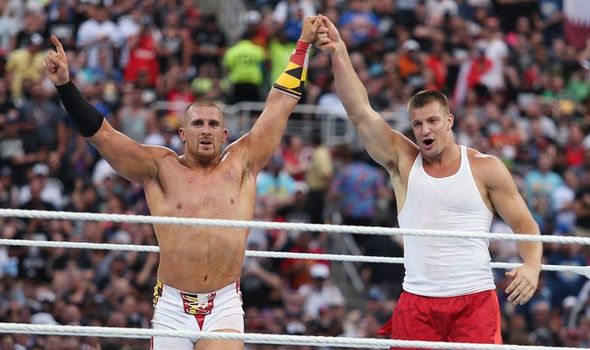 WrestleMania 36 has been split into a two-night event and will be hosted by NFL legend Rob Gronkowski. WWE made the historic announcement after they decided to move WrestleMania from the Raymond James Stadium in Tampa, Florida, where it was initially scheduled to emanate from, due to the coronavirus crisis.

It’s official! I’m hosting @WrestleMania this year…and it’s gonna be too big for just one night

Mania will now take place at the Performance Center in Orlando behind closed doors as a safety precaution.

The Show of Shows is now scheduled to go live on Saturday, April 4 and Sunday, April 5 – only essential WWE staff will be in the premises.

Gronkowski has confirmed on Twitter that he will be hosting Mania after signing with the wrestling giants and said he would share more details during Friday’s episode of SmackDown.

JUST IN: WWE linked with another major WrestleMania switch amid coronavirus crisis 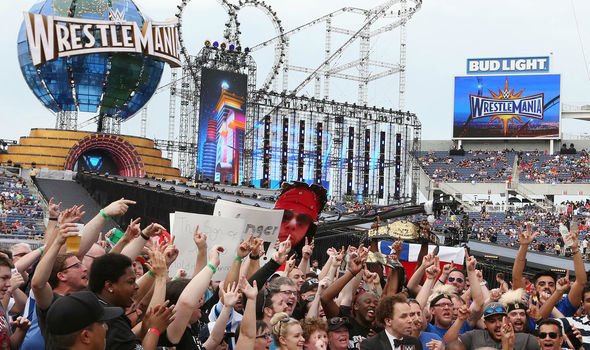 “For the 1st time, #WrestleMania will be a 2-NIGHT event: Saturday, April 4 AND Sunday, April 5 on @WWENetwork!

“Tell you more this Friday night on #SmackDown at 8 ET on @FOXTV.”

WWE confirmed the news after making the historic decision to carry on WrestleMania throughout an entire weekend.

The wrestling corporation announced: “WrestleMania, for the first time ever, will be held as a two-night event streaming on Saturday, April 4 and Sunday, April 5 at 7 pm ET on WWE Network and available on pay-per-view.

“The two-night pop culture extravaganza will be hosted by three-time Super Bowl Champion Rob Gronkowski. Tune in to SmackDown this Friday at 8 pm ET on FOX to see what Gronk has in store for WrestleMania.

“As previously announced, only essential personnel will be on the closed set during the production of WrestleMania.”

Various WWE legends are set to return to action for the Showcase of the Immortals as Universal Champion Goldberg will defend his title against Roman Reigns.

The Undertaker is also set to take on AJ Styles in what would have been considered a dream match under different circumstances.

John Cena will take a break from Hollywood to go head to head with Bray Wyatt, who was recently dethroned as Universal Champion.