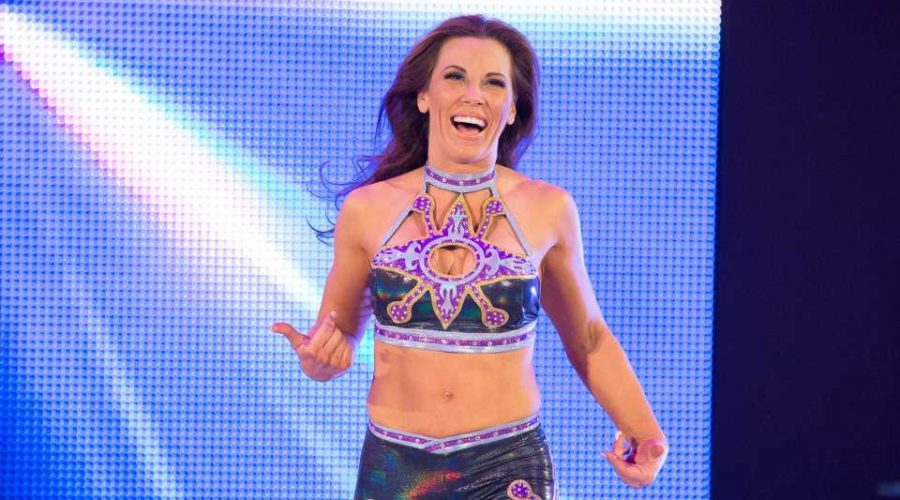 Over the past year-plus, wrestling promotions have interacted with one another, exchanging talent in what many people are calling the “Forbidden Door.” One of the only promotions to not participate in the act was WWE — until now.

It was announced over the weekend that Mickie James, the current Impact Knockouts Champion, will be competing in the Royal Rumble on Jan. 29. The event will take place inside The Dome at America’s Center in St. Louis.

James took to Instagram to announce the news, saying she raises the bar and kicks down glass ceilings. The former WWE women’s champion is looking to make a true impact at WrestleMania.

This is the first time James will be stepping inside a WWE ring since she was released on April 15 along with several other wrestlers. Her firing was deemed controversial because of her receiving her personal items in trash bags.

James made her WWE debut in 2005 and was immediately put in a storyline with Trish Stratus. She was released in 2010 and competed all over the world soon after. She returned in 2016, facing Asuka for the NXT women’s title, and then signed a multi-year contract with WWE. James is a five-time WWE women’s champion and a one-time Divas champion.

Since leaving WWE, James has won the Impact Knockouts Championship four times. She recently returned to Impact and beat Deonna Purrazzo for the title. At this past weekend’s Hard to Kill event, James beat Purrazzo in a Texas Deathmatch to retain the title. While also competing with Impact, James is working with the National Wrestling Alliance and was the executive producer of the all-women’s event NWA EmPowerrr.

Impact’s Scott D’Amore recently talked to Sporting News about WWE joining the Forbidden Door, mentioning James as an example of someone who could be a good crossover star. Now, James will represent Impact in a match to determine who will challenge for the women’s title of their choice at WrestleMania.

“One of the last parts of the forbidden door that hasn’t been kicked open is that 800-pound gorilla: WWE,” D’Amore said. “Can you imagine a world where you see Mickie James square off against a Charlotte Flair, Jordynne Grace with Becky Lynch? There are so many matchups to make. We are seeing so many of those individuals we never thought we’d see come over, like Kenny Omega and Jay White showing up unexpectedly. The possibilities are endless. You can sit down and list a roster and come up with over years of dream matches with female wrestlers. Only time will tell.”

It is also being reported that WWE is interested in bringing another big name for the men’s Royal Rumble.