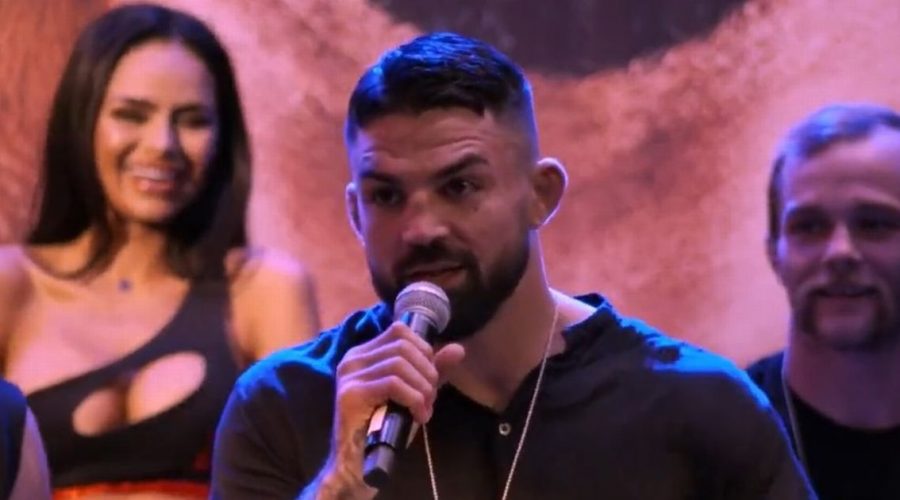 Former UFC star Mike Perry has caused controversy with an expletive-laden rant ahead of this Saturday's first ever 'Triad Combat' event.

Perry, 30, who had 15 fights with the UFC before recently signing with bare-knuckle boxing promotion BKFC, will take on heavyweight boxer Michael Seals on what will be an historic night at the Globe Lite Field in Arlington.

Organised by Triller Fight Club, professional MMA fighters and boxers will face off over two-minute rounds in a uniquely designed triangular ring, a concept that promoters have described as 'revolutionary'.

Like in boxing, only punches will be allowed, with no kicks or elbows permitted. However, this new fighting style will allow clinching – and striking from the clinch – in a bid to strike a balance between the two combat sports.

Headlining the night will be former UFC heavyweight champion Frank Mir and former boxing world title challenger Kubrat Pulev of Bugaria – but Perry's bout with Seals forms a fascinating fight on the undercard.

And in the pre-fight press conference, 'Platinum' poured further fuel onto the fire with a foul-mouthed prediction.

Perry was instantly pulled up on his comments but continued: "Straight up, it’s a fight, what y’all want from us? I’m gonna f**k this dude up, we going at it."

Seals, 39, refused to become embroiled in talk of death, and Perry later took to Instagram to explain his comments.

"You might not want to talk about death but it is apart of life,” he posted.

Did Mike Perry go to far with his comments? Let us know in the comments section.

"It’s the idea of being able to choose how you risk your lives that makes life so exciting. Some people are dead before they ever die. I’ve always lived life to the fullest.

His words were roundly criticised by pundits, and fans, who accused the Michigan-born man of going too far in a bid to promote the new venture.

However, his social media followers remained defiant with their backing, as @beersand brawlers wrote: "Always a fan, because you are a man…a warrior…and the US needs more of you.

@k.palfrey96 meanwhile, said Perry's performance had made it a "10-8 round in the press conference for MMA."

November 26, 2021 UFC Comments Off on UFC veteran leaves fans outraged by saying ‘somebody might die’ at fight event
NFL News