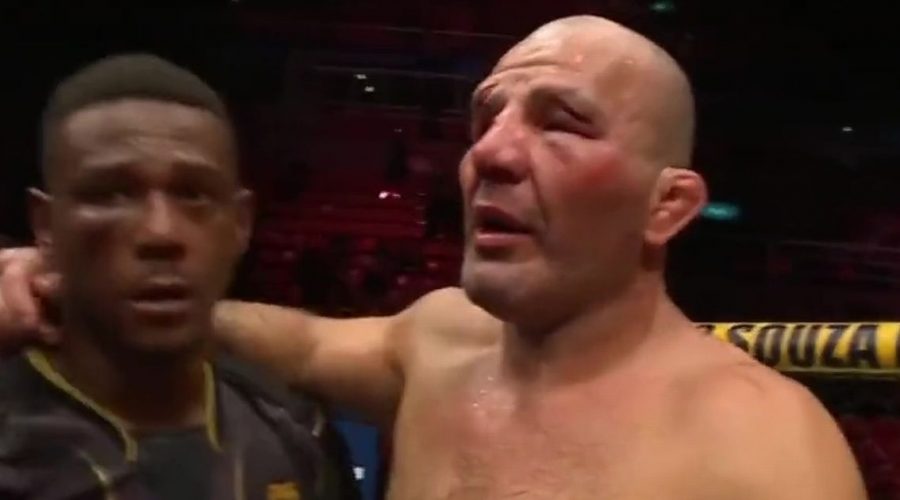 UFC star Glover Teixeira has retired for good after being bashed up with a sickening cut in the final fight in his career.

Teixeira fought Jamahal Hill in the UFC 283 clash for the light heavyweight title. Teixeira had previously lost the belt to Jiri Prochazka, who vacated the title due to injury.

But instead of leaving the arena with the belt back in his possession, Teixeira called time on his career after being brutally bashed up by new champion Hill, with a horrific gash above his left eye. The 43-year-old conceded after the clash that left him battered and bruised: "In reality, I think I’m too tough for my own good, too tough for my own health.

ALSO READ: UFC star can't fight at lower weight as he 'carries too much between his legs'

“I can’t keep up anymore. I’m going to focus on Alex Pereira, he is going to keep his belt for a while and then go up to light-heavyweight. It’s an honour to put the gloves down on the same night as Shogun," in an ode to Mauricio Shogun Rua who also permanently walked away from the bloodsport on Saturday night.

Following his retirement, Teixeira, who quit with a record of 33 wins and nine losses, may be the perfect fit for a role in security as he helped escort Hill out of the arena after fans hurled missiles at the American. But Hill wasn't the only star to fall victim to the rowdy Brazilian crowd.

What was Glover Teixeira's best UFC fight? Let us know in the comments section

Fellow champion Brandon Moreno also had to run from the arena in Sao Paulo after reclaiming the unified flyweight title. Morena got the better of native hero Deiveson Figueiredo on his home soil, prompting the unruly supporters to launch missiles that appeared to be beer bottles at the victor. I

Incensed fans believe that Moreno stole victory by illegally poking Figueiredo in the eye, but although the action was deemed to be legitimate, the decision didn't stop fans from venting their fury in a violent way.

The Mexican was shielded by security as he made a dash for the exit whilst covering his head as missiles rained down on him. But Morena shrugged off the incident, and labelled it "funny" after being rushed to safety.

January 22, 2023 UFC Comments Off on UFC star Teixeira retires after being bashed up with brutal cut in final fight
NFL News