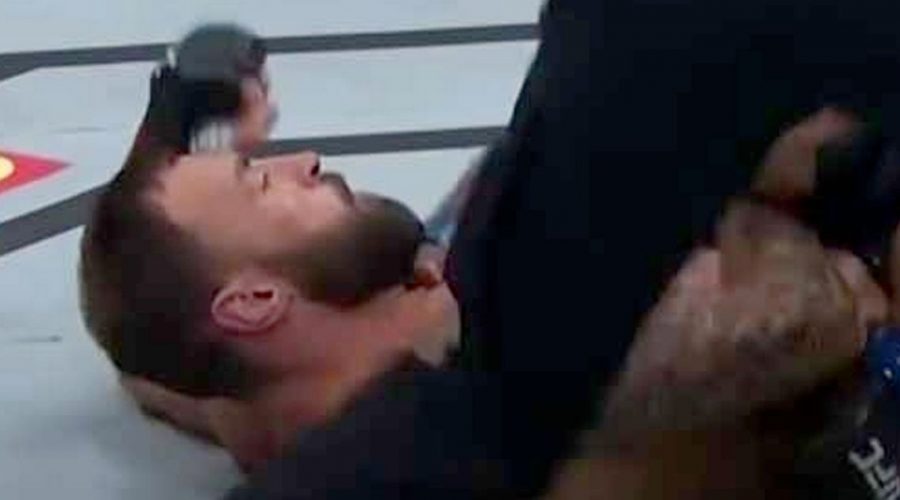 UFC 283 light-heavyweight title contender Jamahal Hill has an almost perfect professional MMA record of 11-1 – with his only defeat coming to Scotland's Paul Craig.

The 31-year-old has won three fights in a row since his UFC 263 defeat in which his arm was bent backwards from a submission attempt in a stomach-churning dislocation.

Hill sat on the canvas having tried to fix his dislocated arm during the bout, with Craig brushing shoulders with his former foe this weekend – having been booked to fight on the same card.

READ MORE: Michael Bisping in hospital with broken back in two places – fearing lifetime of pain

Craig, who fights out of Airdrie, Scotland, is a submission expert having achieved 13 of his 16 victories by the method.

He said in the Octagon: "You either tap, nap or it snaps. Today it had to be snap. One hell of an opponent there. Kept fighting when his arm was broke, that's tough."

He added: "The crowd saw it all. That was one hell of a tight arm bar. I felt it go. That's why there wasn't much point putting anymore pressure on it."

Will Jamahal Hill win the light-heavyweight title at UFC 283? Give us your thoughts in the comments section below.

With Hill, nicknamed 'Sweet Dreams' ranked No. 7, he takes on former champion Glover Teixeira who is ranked No. 2 – in a fight only booked due to Jan Blachowicz drawing against Magomed Ankalaev following a fight for the vacant belt in December.

Speaking of the injury at the time, with many predicting a break, his manager confirmed it was just a dislocation with Hill bouncing back with a win over Jimmy Crute six months later.

Following a trip to the hospital, the duo spent the night partying together with Hill wearing a sling, drinking while dancing in a club.

With Craig looking to bounce back himself following the end of his winning streak by decision in July, he takes on #12 Johnny Walker who is looking to steal his #9 ranking.

Elsewhere on the card, flyweight champion Deiveson Figueiredo puts his belt on the line against Brandon Moreno yet again in the first quadriology fight in UFC history.