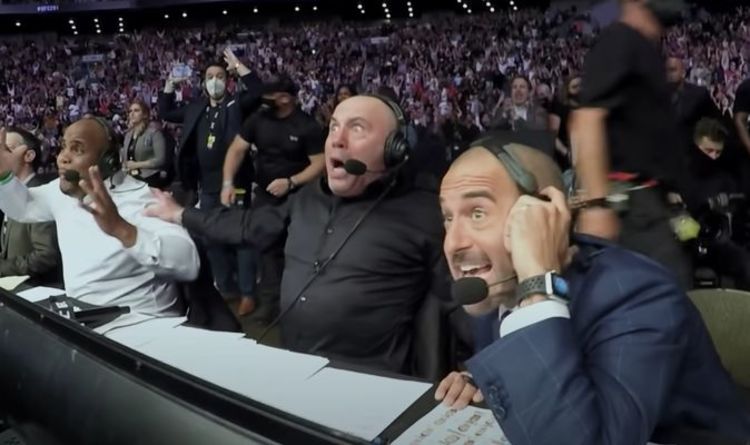 UFC 261 has already been called one of the best events in UFC history.

The show, which marked the return of fans to UFC events, took place in Jacksonville, Florida, where 15,000 fans packed the stands of the VyStar Veterans Memorial Arena for a stacked card of fights.

And while all 15,000 of them will have enjoyed an unforgettable night of fights, it’s quite possible that nobody enjoyed themselves more than the three men in the commentary booth.

Play-by-play man Jon Anik was joined by longtime co-commentator Joe Rogan and former two-division UFC champion Daniel Cormier for the event, and the trio’s reactions as the night delivered a host of stunning moments were nothing short of priceless.

“Greatest sport in the world,” Anik posted to Instagram after the event.

“Eternal gratitude to the athletes and our unbelievable fans. 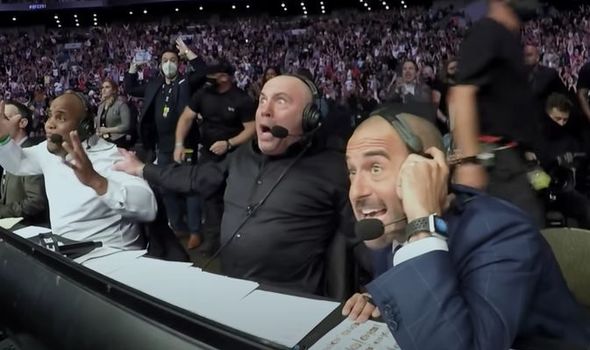 “And just super thankful to share this broadcast space for sporting events of this magnitude with these two giants @joerogan and @dc_mma.

“Gotta be the most memorable live event I’ve had the chance to call.”

Rogan concurred, posting, “We were all SO happy to be there last night!”

The night featured a trio of world title fights, with welterweight champion Kamaru Usman retaining his title in the main event with a stunning second-round knockout of Jorge Masvidal.

The co-main event saw an equally spectacular finish, as Rose Namajunas became the first female fighter to become a two-time UFC world champion when she stopped Zhang Weili in the first round of their co-main event title fight.

The event also saw one of the worst injuries seen inside the octagon, as former middleweight champion Chris Weidman suffered a broken leg 17 seconds into his main card bout with Uriah Hall.