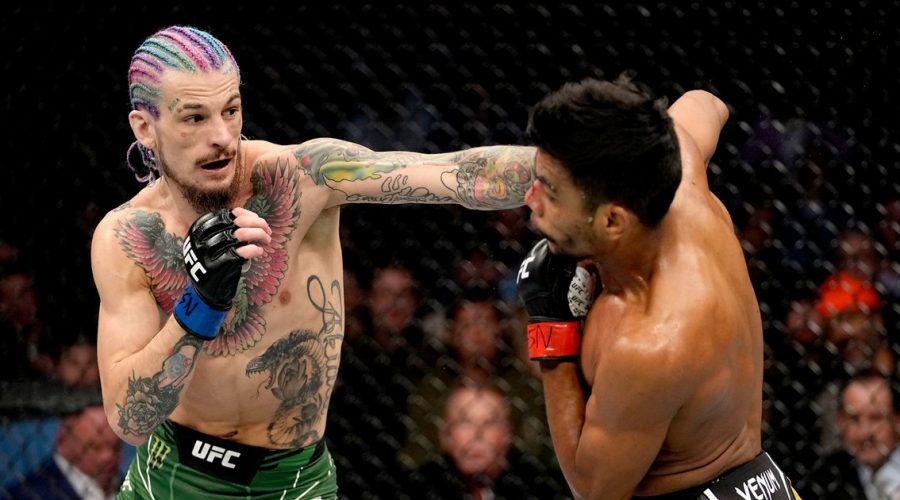 UFC fighter Sean O’Malley says he once made a man who did not believe he was a professional fighter literally poo his pants when he challenged him to a sparring session.

“Sugar Sean” was speaking on the Full Send podcast when he spoke about a rather smelly encounter when, as a teenager, he faced a “jacked” 40-year-old and “bald” dude named Tony.

The 27-year-old explained: “Tim worked at this UFC gym, so they had a ring. And we brought him over there, not in, like, a mean way.

Under the impression that it was his pet, O’Malley said he did some clean-up. But upon watching the replay he realised the truth.

“We watched the video back, you can see the shit come out of his shorts. That was the only time anyone ever kind of wanted to fight me, didn’t believe I was a fighter.”

O’Malley is now in the top 15 at bantamweight following his first-round TKO win over Raulian Paiva at UFC 269.

Last year, he won all three of his fights by either knockout or TKO.

As such, Ricky Simon another Bantamweight who’s earned four straight victories, has claimed he’s the man to “test” O’Malley.

Can you see O'Malley smashing 2022 as well? Let us know in the comments section.

During a recent interview with MMA Fighting, he said: “I thought a finish over a ranked guy would get him excited, or get UFC excited to make that happen

“I think that when I win by decisions — and I’ve got two finishes out of my three [wins] this year — so I don’t understand why people would say that I’m boring, or they don’t want to see that match up.”

January 5, 2022 UFC Comments Off on Sean O’Malley made man who ‘didn’t believe he was fighter’ literally poo himself
NFL News