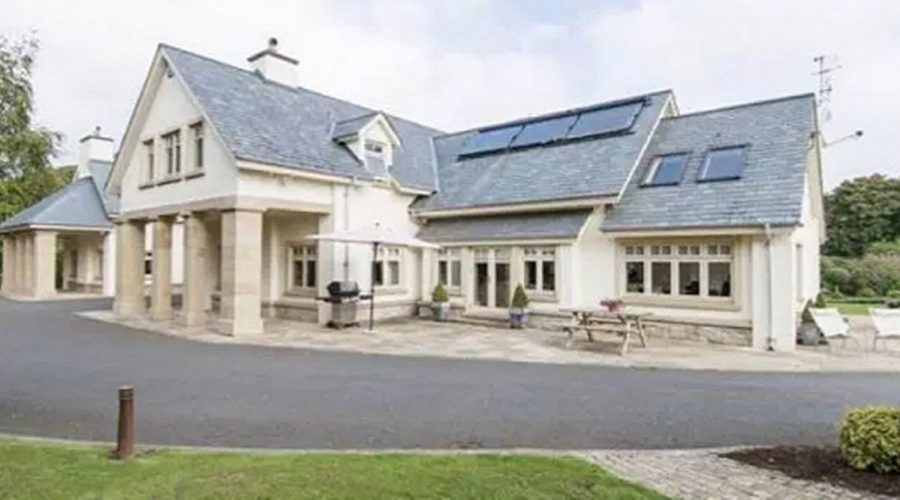 Conor McGregor certainly lives the life of luxury when not in the UFC Octagon.

Irish star McGregor will return to the cage later this month as he takes on Dustin Poirier in his first fight in a year.

The Notorious has not competed since beating Donald Cerrone last January, with reports that he retired later in 2020 proving to be false.

McGregor has made plenty of money during his time in UFC, and splashed out £2m on a stunning mansion in his homeland in 2019.

McGregor’s The Paddocks home sits in Co Kildare, behind an elite gated Ladycastle community at the K Club.

The K Club is famed for being host to the Ryder Cup in 2006, showing just how glamorous it is.

McGregor has plenty of properties around the world with his Irish house boasting five bedrooms and six bathrooms.

So plenty of room to relax, but there is also space to work up a sweat with McGregor needing to keep in fighting shape.

He has his own personal gym, which includes plenty of state-of-the-art equipment for the former champion to work with.

McGregor also has a games room available with a large pool table in the central, while the sizeable kitchen boasts a wine rack.

As you enter the mansion, a spiral staircase can lead you to the first floor with stunning chandeliers greeting you.

McGregor will have to take on Poirier on Fight Island before being able to fully relax again.

“I don’t know how that plays out now in the fight, but it’s definitely interesting.

“You can’t look at the first fight and go, ‘Oh, this is exactly the way that’s gonna go again.’ Because it won’t.”