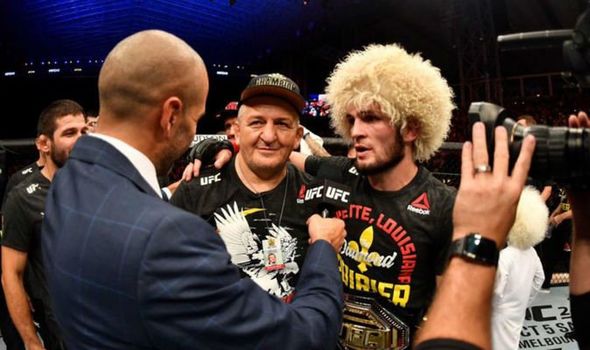 UFC president Dana White has sent a message of support to Khabib Nurmagomedov after the Russian’s father reportedly fell into a coma. On Wednesday, reports in Russia claimed Abdulmanap Nurmagomedov was in a military hospital in Moscow.

The Dagestani coach, who was in hospital late last month with flu and pneumonia-like symptoms, is said to have been readmitted due to poor treatment in Dagestan.

The news of Abdulmanap’s hospitalisation sent shockwaves throughout the mixed martial arts world and prompted many to send the Nurmagomedov family their well wishes.

White did so in a statement late on Wednesday night, which read: “Abdulmanap Nurmagomedov is a true martial artist who lives a life of pride, honour and respect.

JUST IN: Khabib Nurmagomedov’s father’s in ‘COMA’ in Moscow hospital 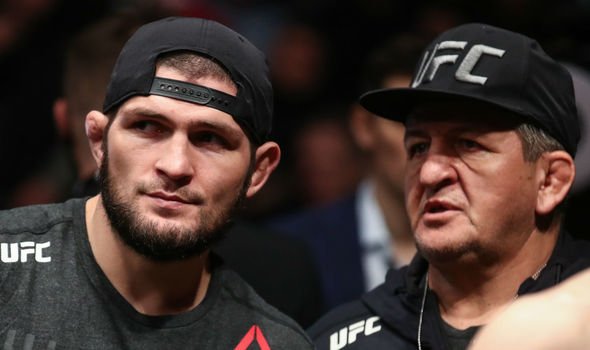 “He instilled those same values in his son, world champion Khabib, at an early age and was always in his corner throughout his career.

“I know how close Khabib is with his father and I’m saddened to hear about his current state.

“My thoughts are with Abdulmanap and the Nurmagomedov family as he continues to fight.”

Abdulmanap’s reported illness even elicited a message of support from his son’s bitter rival, Conor McGregor.

“Praying for the recovery of Abdulmanap Nurmagomedov,” McGregor tweeted late on Wednesday night.

“A man responsible for more World champions, across multiple fighting disciplines, than we even know. A true martial genius!

“Praying for the Nurmagomedov family at this time.” 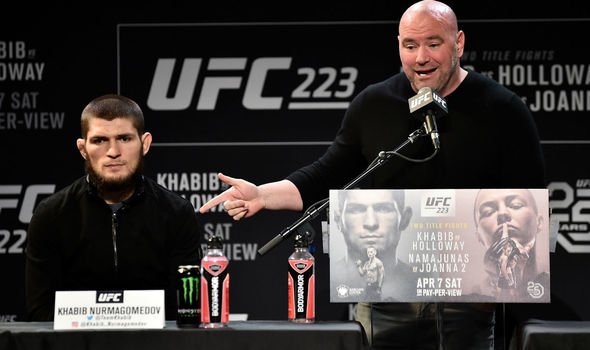 Nurmagomedov, 31, has yet to publicly speak on his father’s health issues.

Last month, however, ‘The Eagle’ issued a message to followers urging them to make the most of their time with their parents.

“In this difficult time for all of us, pay attention not only to your family, but also to your parents, because parents are the keys to paradise,” Nurmagomedov wrote on Instagram.

“Appreciate the parents, because those who no longer feel sorry for them and would give everything that they have, just to sit with them for 5 minutes over a cup of tea.”