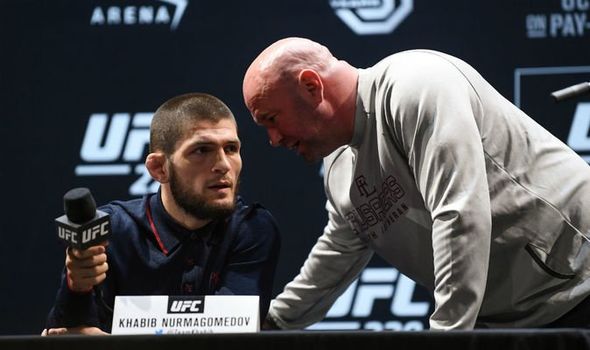 Khabib Nurmagomedov is still committed to defending his UFC lightweight title this year, despite his father’s recent health scare. Earlier this week, Nurmagomedov’s father – Abdulmanap – was admitted to a Moscow military hospital.

Abdulmanap was reportedly in a coma after suffering a heart attack, which was said to be have been inducted by COVID-19.

Nurmagomedov’s father is said to have awoken from his coma but in a “serious but stable condition.

Unsurprisingly, the whole ordeal has left Nurmagomedov and his family shaken up.

“Talked to Khabib yesterday, he didn’t even tell me [about his father],” White said during the UFC Fight Night 175 post-fight press conference. 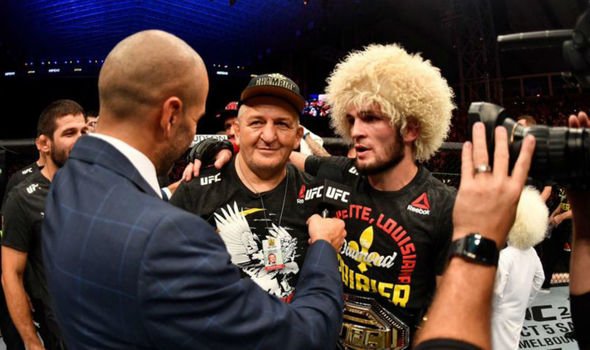 He’s obviously busted up but he’s a very proud guy and likes to act like a man and he’s like, ‘You know how much I love my dad.’ This is a tough one

“So I guess he was keeping this quiet and wasn’t talking about it.

“I talked to him today after I found out.

“He’s obviously busted up but he’s a very proud guy and likes to act like a man and he’s like, “You know how much I love my dad.’ This is a tough one.”

Nurmagomedov’s next outing is expected to be a lightweight title unification fight against interim 155lb champion Justin Gaethje.

Prior to his father’s hospitalisation, Nurmagomedov had set his sights on a summer return to the Octagon.

His timeline to return, however, has since changed to September.

“When I talked to [Khabib] — we were going to send out bout agreements yesterday,” White said.

“There were a couple of weird things that happened yesterday and didn’t end up getting it done apparently. 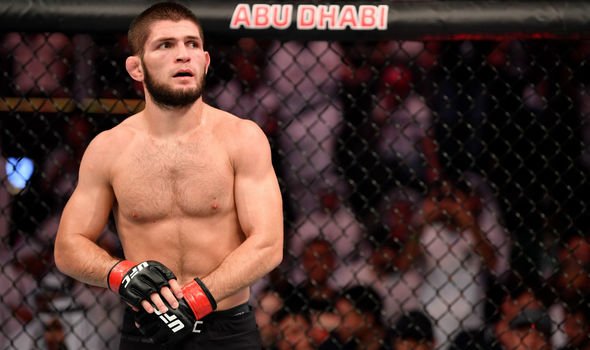 “But we’re talking about doing Gaethje vs. Khabib in September.

“Cause I talked to Khabib yesterday and he said September, ‘I’m ready to go in September.’”

Nurmagomedov, 31, was last in action last September in the main event of UFC 242, where he successfully defended his lightweight title against Dustin Poirier.