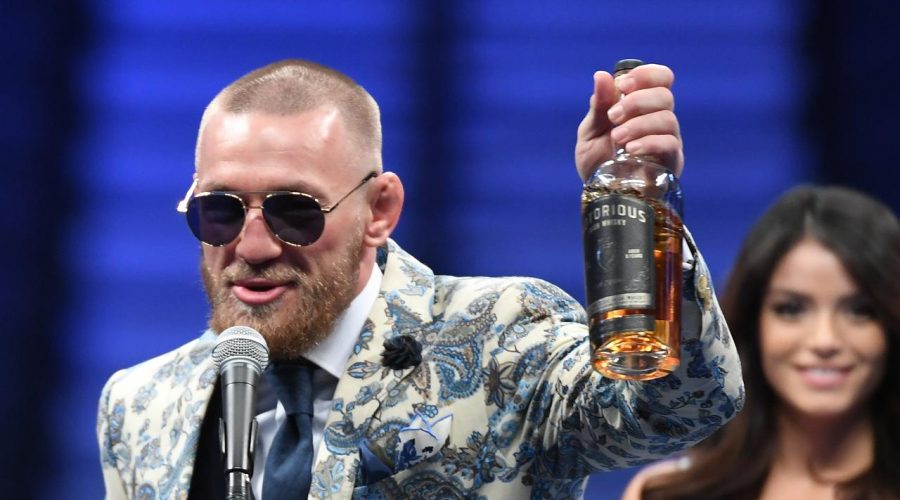 Conor McGregor has pulled off the richest deal ever seen in mixed martial arts.

The 32-year-old’s career inside the Octagon may be at the crossroads, but his entrepreneurial career is on an absolute tear.

It was announced last month McGregor’s Proper No. 12 whiskey label was about to be taken over by tequila giant Jose Cuervo and its parent company Becles.

Proximo spirits, part of the Becles’ group, has now finished the deal which is worth $US600 million ($A775m), according to industry publication Shanken News Daily.

The report outlines Proximo had raised its stake in the company from 20 per cent to 49 per cent last year, before upping their investment once again in Proper No. Twelve, which was only founded in 2018.

Conor McGregor is making it rain.Source:AFP

“When we started this business with Proximo, we basically laid out, I’ll call it certain hurdles, that would allow them to buy pieces of the company over time,” Austin said.

“We hit a milestone and it gave Proximo the opportunity to own a significant stake.”

The Proper No. Twelve drink, which was named after McGregor’s hometown Crumlin in Dublin, was launched in 2018 and was soon flying off the shelves.

UFC: Broadcaster Joe Rogan has gone viral after his reactions to UFC 261 were captured on camera, and they do not disappoint….

UFC: Broadcaster Joe Rogan has gone viral after his reactions to UFC 261 were captured on camera, and they do not disappoint.

McGregor has previously trumpeted a meteoric rise for the brand with sales of more than $40 million in its first financial year. He claimed in 2019, he was a billionaire on the back of his whiskey dealings, claiming to have generated sales of more than $1 billion in the United States.

Forbes last year valued his net worth at $AU191 million – but the estimate did not take into account his whiskey empire, which has been a closely guarded secret.

The company has also done its best to keep its financials under wraps, but reports claimed last year the company was valued at 200m euros on the back of Becles’ share purchases in 2020.

It is easy to see why McGregor claimed last year he would be No. 1 on Forbes’ annual sporting rich list if his Proper No. 12 empire was taken into account.