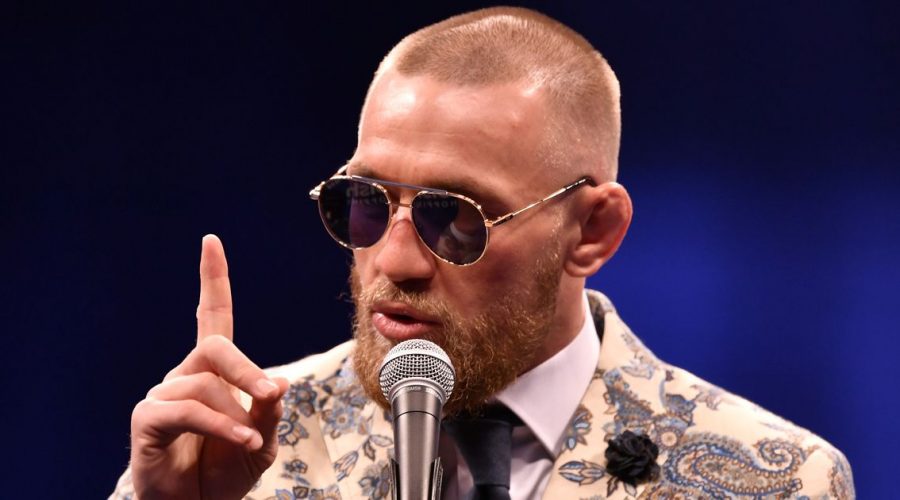 Conor McGregor has hit out at Jake Paul’s up and coming boxing career by praising the quality on show at UFC 261 this weekend – furthering the feud between the pair.

Jake, the younger brother of fellow YouTuber star Logan Paul, has been keen to organise a bout with the former Featherweight and Lightweight UFC champion.

While the Irishman dismissed the 24-year-old before his recent defeat at the hands of Dustin Poirier, he has stepped into boxing before to take on Floyd Mayweather – a fight which he lost.

UFC boss Dana White has been asked about the recent exploits of Jake on more than one occasion over the past week, and was again after UFC 261 had finished.

During the event, Paul went face-to-face with former UFC Heavyweight champion Daniel Cormier – who even threatened to slap the young star.

Veteran DC, who is best known for his success at Light-Heavyweight, had been backing Ben Askren to get a win over Paul, who won by style in the first-round.

White said after UFC 261: “This kid’s done a good job of putting himself in a place to make some money.

“Good for him, he’s got you guys talking about him all the time, asking questions about him, got Daniel Cormier running after him, so he’s doing something right.

“He knocked out an NBA guy who was 40 years old and 30lbs less than him and I don’t even know what do think about the Askren thing.

“The whole thing is f****** mind boggling to me, but good for him, grab that money while you can kid.”

When asked if Paul could join UFC, White added: “Do you even know what would happen to this guy? He ain’t fighting in the UFC.

“You’re getting me talking about this f****** guy again! You’re getting hand-picked opponents and God knows what else is going on with that whole f****** thing.

“There is a market for that. That’s not what I do. People wanna see that, this kid’s gonna make a couple bucks before this ride’s over, and it’s just not what I do.”