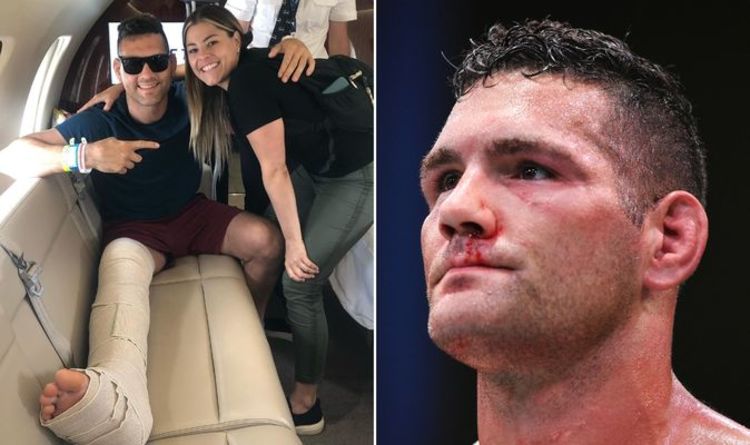 Chris Weidman has provided a further update on his injury after sustaining a horrific broken leg at UFC 261.

The former UFC middleweight champion broke both the tibia and fibula in his right leg when his early leg kick was checked by opponent Uriah Hall just 17 seconds into their bout in Jacksonville last weekend.

The check saw Weidman’s leg snap, drawing huge gasps from the 15,000-strong crowd inside the VyStar Veterans Memorial Arena, and also from the UFC commentary team of Jon Anik, Joe Rogan and Daniel Cormier as Weidman suffered one of the most graphic injuries seen inside the octagon.

The injury was a near replica of the broken leg sustained against Weidman by former middleweight champ Anderson Silva at UFC 168, as “The All American” suffered a cruel twist of fate as history repeated itself, this time with Weidman on the receiving end.

The New Yorker had the injury stabilised while still in the octagon, then was rushed to hospital where he underwent surgery to place a titanium rod and four screws into his leg to pin the two broken bones to aid recovery. 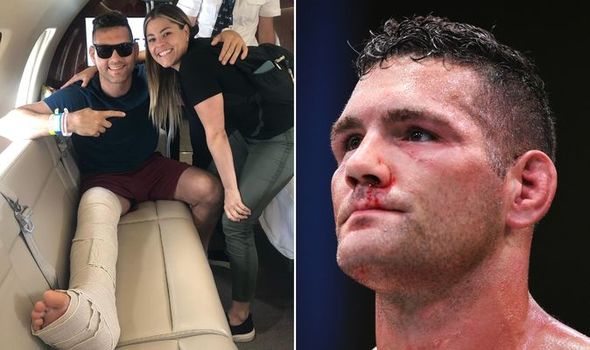 After Weidman’s surgery was completed, UFC president Dana White laid on a private jet to take the UFC star and his family back home to South Carolina.

And, after returning home, Weidman gave fans his latest update, as he revealed his rebuilt leg in an Instagram video.

“My toes still feel weird. Still feel tingly,” he explained, before enlisting the help of his son to film the incisions made in his leg and the wound on the back of his calf.

“I just undressed my injury,” his accompanying message read.

“The cut on the back of the calf is from when I stepped down in octagon, and bone went through calf muscle and skin.

“Special thanks to Dr. Davidson and @heatherlinden from @ufc PI for setting me up with everything I need and hooking me up with Dr. Hsu out of Charlotte to get me back on my feet.

“I was waiting two weeks to take off the dressing, but Dr. Hsu wanted me to do it immediately.

“I know there are many worried about me, including family, friends and fans. I will be good. Love you all.”