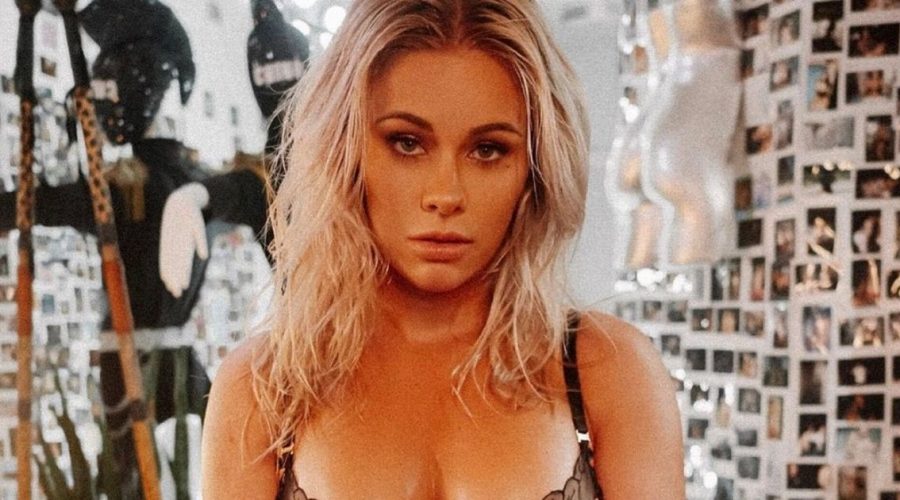 Paige VanZant has insisted that she is “not scared” of Rachael Ostovich’s punching power, ahead of their upcoming bare-knuckle boxing match set for July 23.

VanZant made her bare-knuckle debut earlier this year, losing to Britain Hart via unanimous decision.

Despite the loss, VanZant is eager to continue competing with bare-knuckle promotion BKFC, after signing a four-fight exclusive deal last year reportedly worth over $1m (£700k).

In her next fight, VanZant is set to face Ostovich, another former UFC competitor, who signed with BKFC earlier this year.

Interestingly, VanZant and Ostovich faced off back in 2019 while they were both in the UFC

While the two are set to meet in the bare-knuckle boxing arena, their MMA fight saw both competitors use their grappling and wrestling skills to full effect.

Despite Ostovich dominating the first round with her grappling-heavy approach, early in the second round, VanZant turned the tables on her opponent and submitted the Hawaiian via arm-bar. The contest would be both women’s penultimate bout in the UFC.

In a promotional video for promotion BKFC, VanZant appeared confident about her chances against Ostovich and claimed she was “not scared of how hard [Ostovich] hits.”

Do you think Paige VanZant will defeat Rachael Ostovich again? Let us know in the comments section below.

"Going into this, it’s not a rematch because it’s a completely different style of fighting," VanZant claimed.

"It’s bare-knuckle boxing, it’s not MMA… I’m not scared of how hard she hits because I’ve been hit by her before."

"We’re two people who have continuously been told we shouldn’t fight based on our looks.

"And obviously we’re going in there to do the most violent sport on earth right now, which is bare-knuckle boxing."

Ostovich also appeared confident about her chances in the bout, but admitted that bare-knuckle boxing never appealed to her before signing with BKFC.

"Honestly, I did not want to do bare-knuckle fighting," Ostovich said.

"I thought it was brutal and crazy, and I still think all those things.But when they offered me to fight Paige, I was like 'yeah, I wanna get that one back, I wanna come out on top this time, and show everyone I am the better fighter, especially in the stand-up game.”

VanZant and Ostovich are just two of the many former UFC athletes to sign with BKFC or other bare-knuckle organisations.

Conor McGregor’s teammate Artem Lobov, Chris Leben, Gabriel Gonzaga, Antonio Bigfoot Silva, Hector Lombard, and Pearl Gonzalez are some of the notable other signings, and many more are expected to join in the not-so-distant future.

Britain Hart is also expected to compete on the undercard of the event, after defeating VanZant earlier this year via unanimous decision. She will face Jenny Savage, also 1-0 in bare-knuckle boxing.