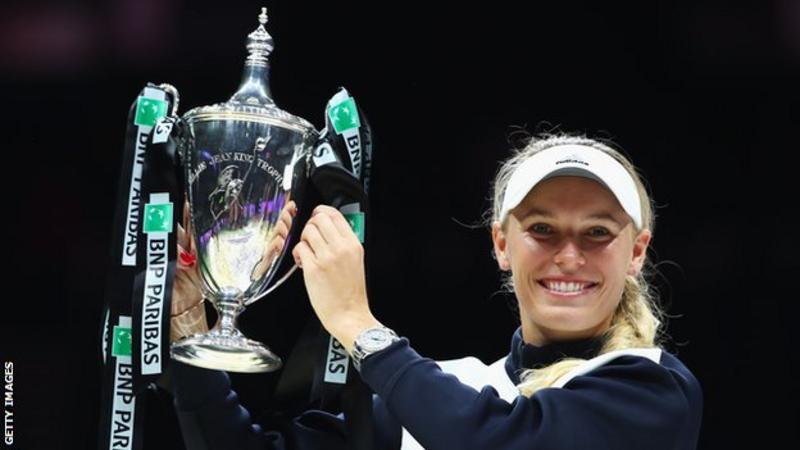 The Danish second seed has also been drawn in the same group as Petra Kvitova and Elina Svitolina.

US Open champion Naomi Osaka and Sloane Stephens – both debutants at the season finale – complete their group.

The tournament, which also includes a doubles event, has a total prize fund of £5.36m.

Singapore is hosting the season-ending WTA Finals for the last time before the event moves to Chinese city Shenzhen next year.

No Halep or Williams – who has qualified?

World number one Halep finished top of the Race to Singapore rankings after a stellar season that saw her win a maiden Grand Slam at the French Open in June.

However, the Romanian – a beaten finalist in 2014 – withdrew from the event on Thursday because of a lower-back injury.

That means Germany’s Kerber is the top seed, ahead of Australian Open winner Wozniacki, with the pair separated in the group stage draw and unable to meet before the semi-finals.

Three other Grand Slam winners – Osaka, Kvitova and Stephens – are also among the eight contenders.

Ukraine’s Svitolina and former world number one Pliskova qualified on Wednesday following Bertens’ defeat in the second round of the Kremlin Cup in Moscow.

But the Dutch player joined them in Singapore as the beneficiary of Halep’s withdrawal.

Another big name missing is 23-time Grand Slam champion Serena Williams, who only returned midway through the season after having her first child and has not qualified. 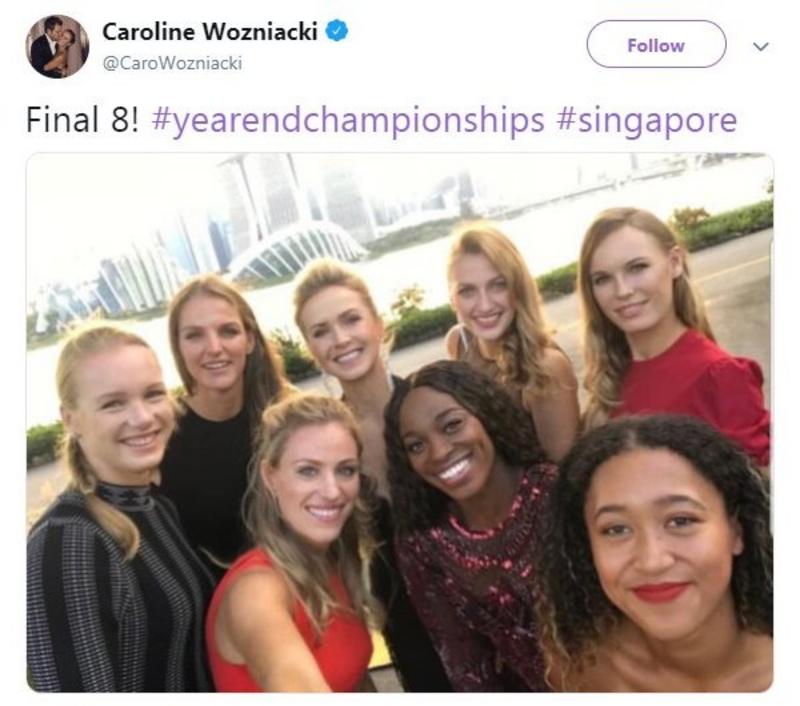 Wozniacki, who claimed her first Grand Slam at the Australian Open in January, comes into the finals having won the China Open this month.

“All the best players are here so there’s no easy matches,” Wozniacki said.

“I’m just excited to start the competition and do my best. As defending champion I want to defend my title and end the season on a high.”

Vote – who will be celebrating victory in Shanghai?

If you are viewing this page on the BBC News app please click here to vote.

How does the tournament work?

The finals are the culmination of the WTA season and the singles title is contested by the eight players who have accumulated the most ranking points from 52 tournaments – including the four Grand Slams – over the year.

The eight singles players are seeded in terms of points accrued and split into two groups of four in a draw, which took place on Friday.

The groups are played in a round-robin format over the course of the week, with the top two players in each qualifying for the semi-finals on Saturday.