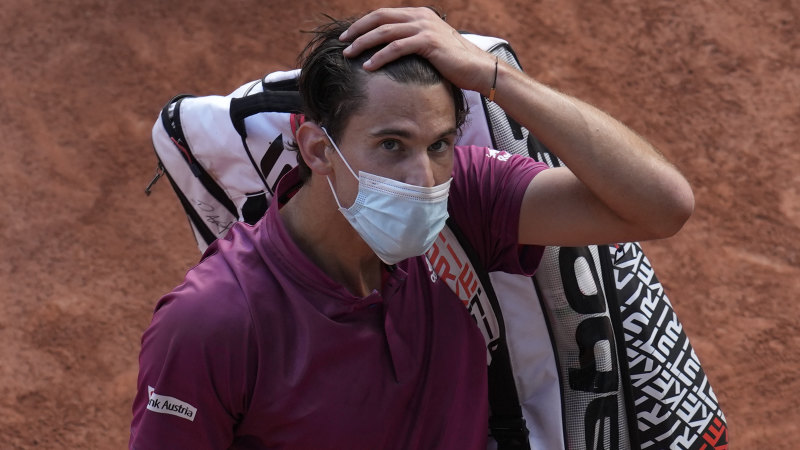 World No.5 Dominic Thiem has pulled out of Wimbledon due to a right wrist injury that will keep him out of action for several weeks.

Australian pair Marc Polmans and Christopher O’Connell, however, will both be at SW19 after successfully navigating qualifying at the All England club. 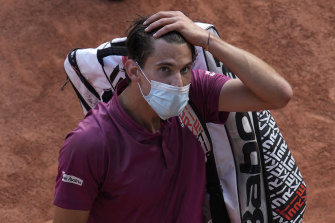 Dominic Thiem will be in a wrist splint for five weeks.Credit:AP

“I’m going to do everything the doctors say in order to recover as quickly as possible. They’ve informed me that I might be out for several weeks, but I will do my best to be back on court soon,” Thiem said.

“I’m really sorry for pulling out of the upcoming three tournaments I had in my calendar: Wimbledon, Hamburg and Gstaad. They are very important tournaments for me.

“I appreciate all the support from the fans in these difficult moments – I’m determined to come back stronger.”

Thiem had also pulled out of next month’s Tokyo Olympics to concentrate on Wimbledon and defending his US Open title in New York later this year.

Two-time defending champion Andy Murray, meanwhile, will attempt to win his third consecutive Olympic gold medal after being named in the British team.

The 34-year-old Murray will compete in singles and doubles at the Tokyo Olympics, his fourth games overall. The games open July 23.

“The Olympics means a huge amount to me,” Murray said. “It’s a massive honor to be able to compete at a fourth games. Leading Team GB out at the opening ceremony five years ago in Rio was one of the highlights of my career. Going to a second Olympics as defending champion is exciting and I’m looking forward to the challenge.”

Murray, who is also preparing for Wimbledon, is the only men’s player with two gold medals in singles. He beat Argentina’s Juan Martin del Potro in the final at the 2016 Rio de Janeiro Games after topping Roger Federer in straight sets for gold at the 2012 London Olympics. 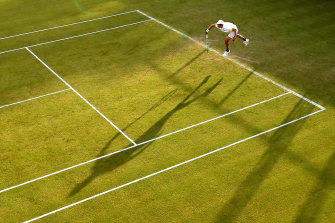 Marc Polmans will be one of nine Australian men in the main draw at Wimbledon.Credit:Getty

Three Australians will chase a Wimbledon spot on Friday. Storm Sanders, Arina Rodionova and Ellen Perez have all progressed to the final round of women’s singles qualifying.

Astra Sharma and Priscilla Hon both lost their final round matches in three sets.