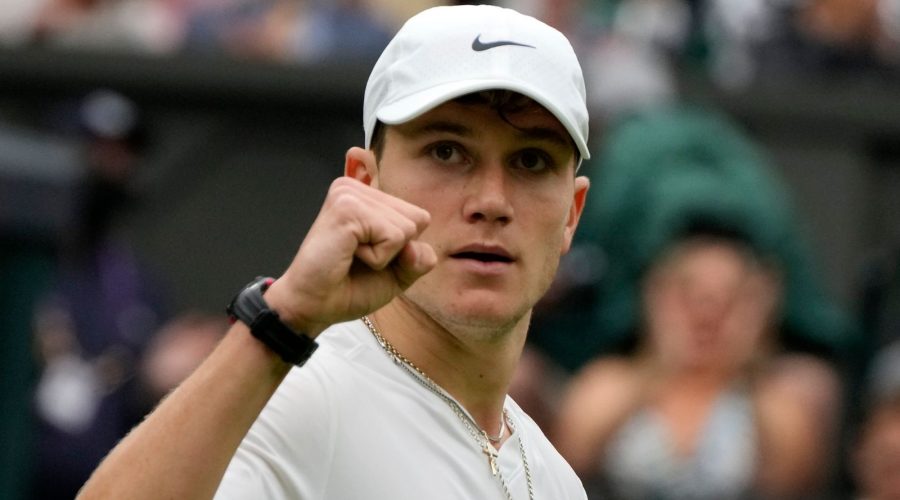 British teenager Jack Draper has long been marked out as a star of the future but now the teenager has promised he has “still got lots to come” following his first taste of Wimbledon.

Draper’s progress has been hampered by a number of injury issues associated with growing, while he also contracted coronavirus in January.

But the 19-year-old has made his mark this summer, having already upset Jannik Sinner and Alexander Bublik at the cinch Championships at The Queen’s Club before the big-hitting left-hander unnerved Djokovic for a set until the world No 1 took control early in the second and ultimately eased to a 4-6 6-1 6-2 6-2 victory. 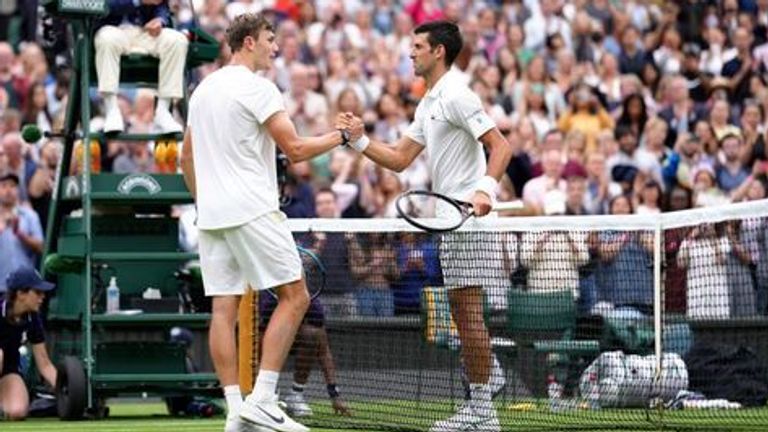 Djokovic was impressed by Draper’s game, saying: “He’s tall, he’s strong. He’s got that lefty serve that is very awkward for right-handed players to face, particularly on grass.

“I thought he was behaving nice on the court. He was backing himself. It was a really nice atmosphere. I think he’s got an all-around game really. A very good flat backhand, also a good forehand.

“Maybe his movement could improve I think. But he’s still young. There’s always room for improvement.”

Draper agreed with Djokovic’s assessment, saying: “My movement definitely needs to improve. I’ve got a lot to improve on physically, which I will do throughout the rest of the year. My body has changed a lot over the last few years. It’s been quite tough for me.

“For the rest of the year I’ll look to stay on court, be healthy, keep on improving. I feel like I can use this momentum and motivation to go forward.”

Draper started off as a member at the Sutton Tennis and Squash Club, in south London, where his mother Nicky was the head coach. He later moved to Weybridge Tennis Academy, in Surrey, where Justin Sherring coached him from the age of five to 15 when he was just starting out in tennis.

“He was crazy competitive, a natural-born sort of fighter,” said Sherring, adding he “just wanted to win so badly”.

Speaking to Sky Sports’ Paul Gilmour the morning after his match against the 19-time Grand Slam champion, Draper said: “It was a great opportunity and experience for me playing Novak on Centre Court. I’m still young, still got a lot to learn and it definitely makes me more motivated and hungry for the future because that’s where I want to be in years to come.

“Novak is a great role model for any young player. I’ve been watching him over the years, admiring his capability on a tennis court. He is one of the greatest of all time and to go on Centre Court and lose to him in four sets is great to see where my level is compared to him. I’ve still got a lot to work on and a lot to improve on but I think that’s a good sign.

“I think it showed me that I’m not far from the level, but I am still quite far because there’s a lot I need to do mentally and physically to be on his level and the consistency of his tennis is much higher than mine at the moment.”

Want to thank @the_LTA and @QueensTennis for the opportunity and belief in me this week. I have a lot to learn and improve and this is only the start of my journey. Thank you for all the support. #firsttweet pic.twitter.com/0Sj1bVrv6n

Draper revealed top-seeded Djokovic told him he “can have a great career” after shaking hands at the end of their match.

“I agree with him,” said Draper. “There’s a lot of holes in my game he exposed but what better lesson than to play the No 1 player in the world on Centre Court at Wimbledon.

“I can learn a lot from his advice to me because if there’s anyone who can give it, it’s him. He’s one of the greatest players of all time.”

July 3, 2021 Tennis Comments Off on Wimbledon: Jack Draper took a set off top-seed Novak Djokovic and now the teenager has vowed to improve
NFL News