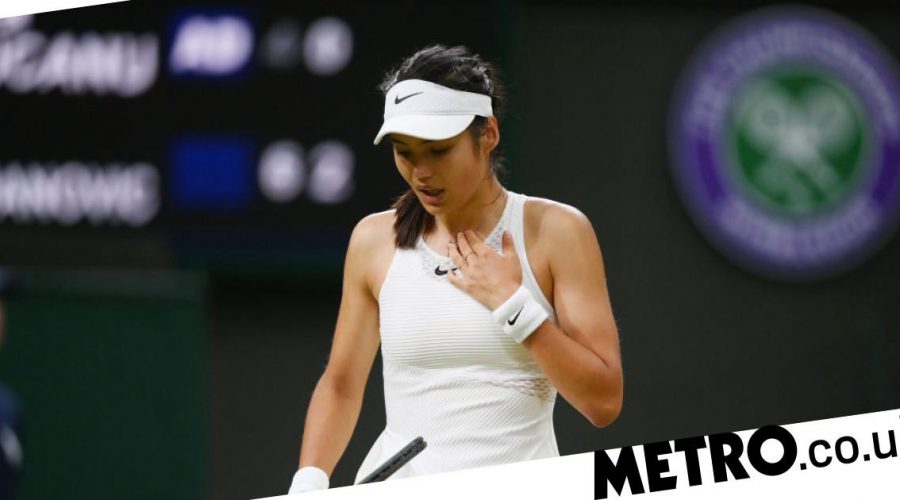 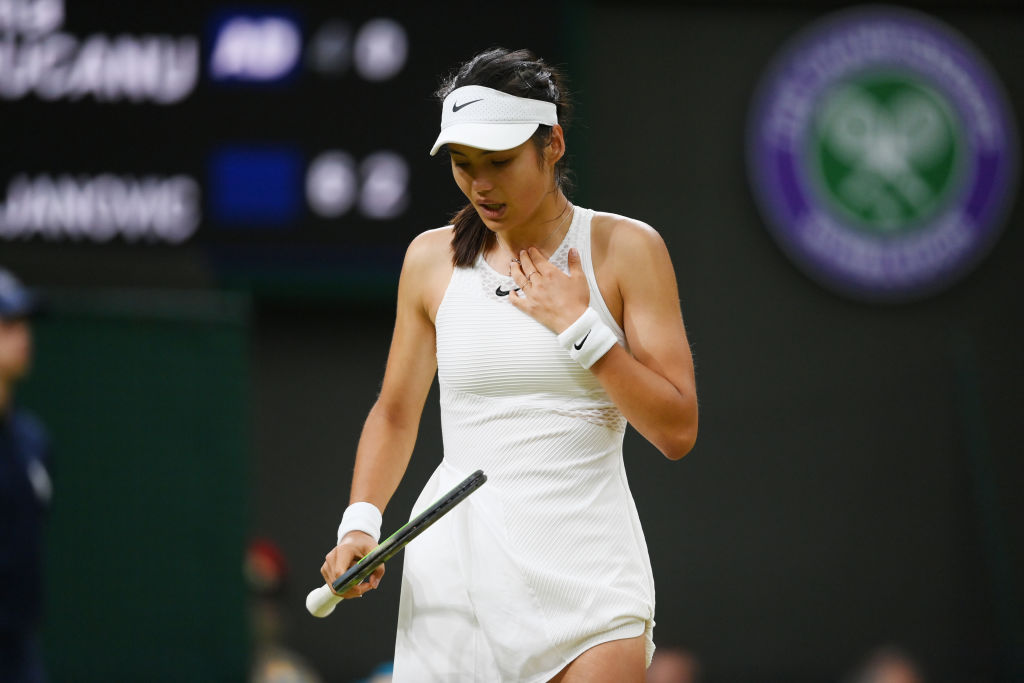 Wimbledon chiefs have expressed their sadness at Emma Raducanu’s withdrawal on Monday night but defended the curious decision to schedule her match last on Court 1.

Raducanu pulled out of her round four tie with Ajla Tomljanovic while a set and 3-0 down.

The Brit could be seen hyperventillating on court after the physio and doctor were called on and she headed out of the arena for a medical timeout.

Minutes later, with Raducanu not returning, the match was called to a halt and it was announced she had retired for medical reasons.

‘We were very sad to see Emma forced to withdraw from her match last night and wish her all the best with her recovery,’ a statement from the All England Club read.

‘She should be commended for the poise and maturity she has shown throughout the Wimbledon fortnight and we very much look forward to welcoming her back to Wimbledon next year and in the years to come.’

There were question marks over Wimbledon’s scheduling for Manic Monday.

It’s typical for the women’s matches to take priority because their quarter-finals take place on Tuesday – indeed, there had not been a women’s match scheduled last on a main court since at least 2009 – but Raducanu’s match was placed last on Court 1, likely for broadcasting reasons.

Some accused the move as being unfair, particularly given world No. 1 Ash Barty – who faces Tomljanovic on Tuesday – had finished her match by 2.42pm.

“In respect of scheduling, as always, the scheduling of the order of play each day at The Championships is a complex operation, and although we take great care when scheduling matches and allocating courts on a daily basis, it is not an exact science,’ the statement continued.

‘All decisions are made with fairness and the best interests of the tournament, players, spectators and our worldwide broadcast audience at heart, but the unpredictable nature of the length of matches and the British weather can and will cause disruption to any schedule.’