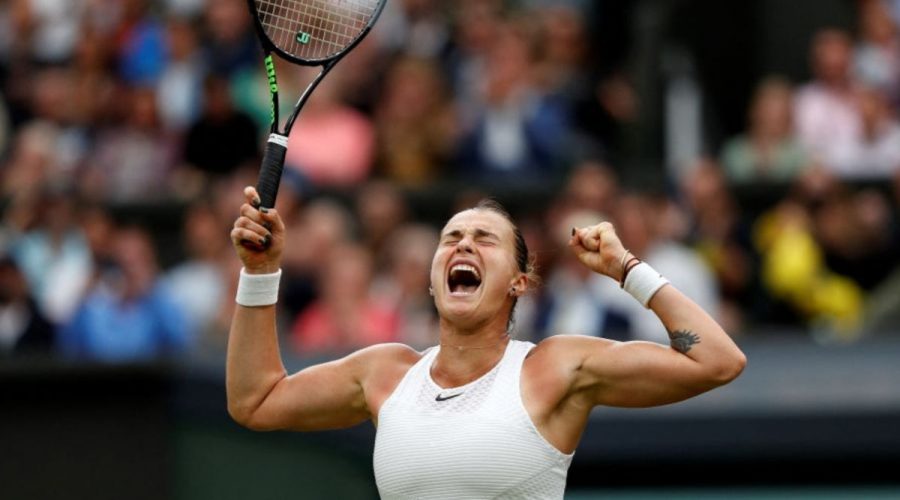 On a day where the rain continued to beat down over Wimbledon, the cream rose in comprehensive fashion as Aryna Sabalenka, Ashleigh Barty, Angelique Kerber and Karolina Pliskova all won in straight sets to reach the semi-finals.

Sabalenka’s victory over Ons Jabeur was unmistakably the most high-octane and close-fought of the four contests, with both players forced to dig deep in a gruelling battle of attrition. Sabalenka, the No 2 seed, had never previously reached a grand slam quarter-final but she has developed a clear affinity with the grass this fortnight and her power, when combined with precision, is untamable even for the best opponents.

She was able to seize on the crowd’s fervour, too, even as they leant against her. That was no slight on Sabalenka but rather in reverence to Jabeur’s underdog story. The Tunisian, whose unprecedented success has tired the term trailblazer, had already produced courageous performances to defeat grand slam champions Garbine Muguruza and Iga Swiatek in the previous rounds. But even then, it always felt as though she was punching upwards against Sabalenka, attempting to compensate with creativity and cunning for what was being lost in brute strength.

For a while, that was enough to hold back the tide of pressure as Jabeur parried Sabalenka’s heavy shots, relied on the precision of her serve and used fabulous artifice to disguise drop shots that left the Belarusian frustrated on the baseline. But with the score at 5-4, serving to stay in the first set, Jabeur was forced to return to her well of imagination seven times at deuce until finally it was emptied and she had no answer.

Jabeur had come from behind against both Muguruza and Swiatek, though, and guaranteed not to roll over, even when Sabalenka broke her serve early in the second. Jabeur rallied to break back, countering her opponent’s wild forehands as one of the most engaging passages of the tournament took hold. Both players roared in delight and frustration, three points in succession were challenged, and only those centimetres on Hawk-Eye could separate them. But, eventually, Sabalenka’s might and mettle triumphed, breaking at 4-3 with another blistering winner before serving out the match and set up a semi-final against Karolina Pliskova. 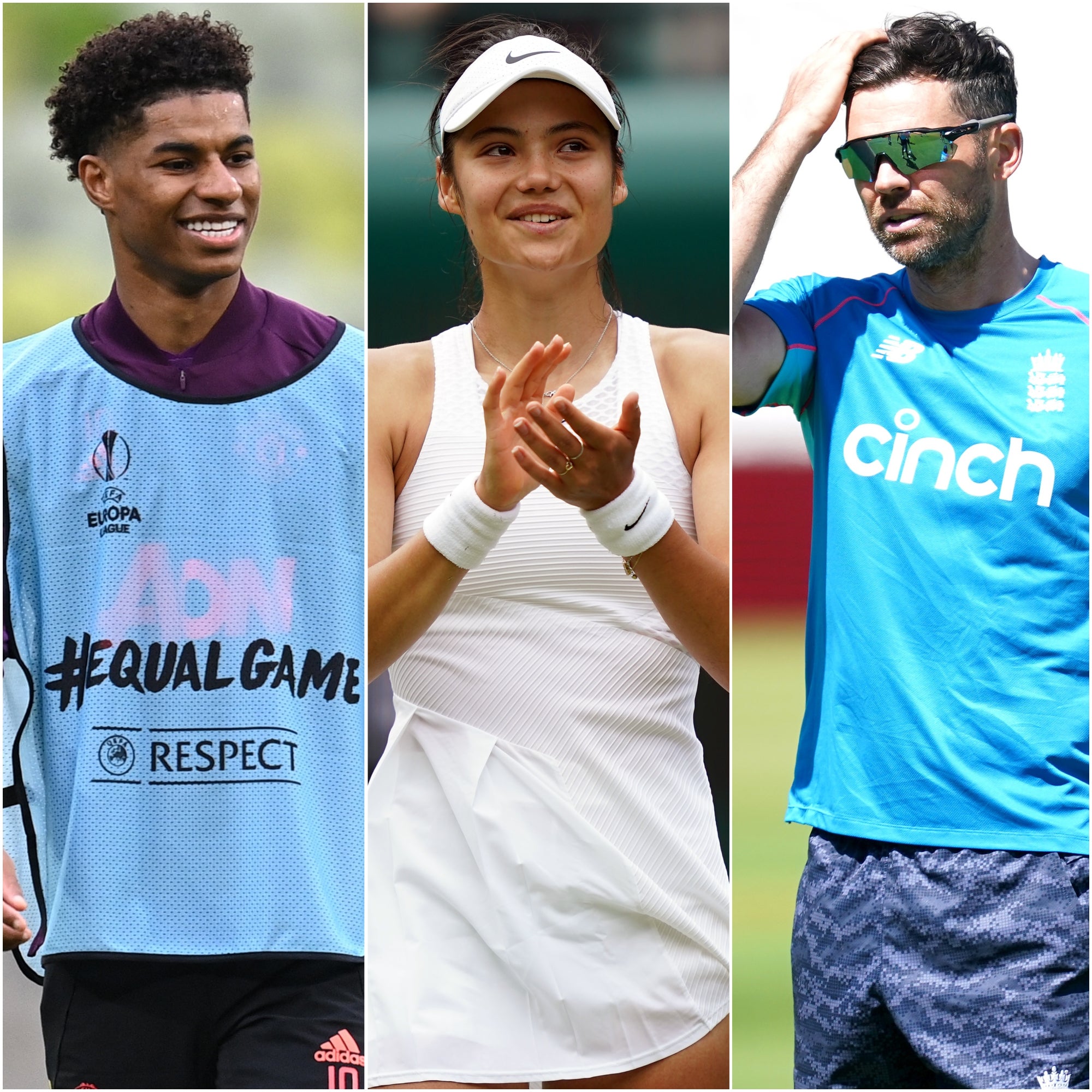 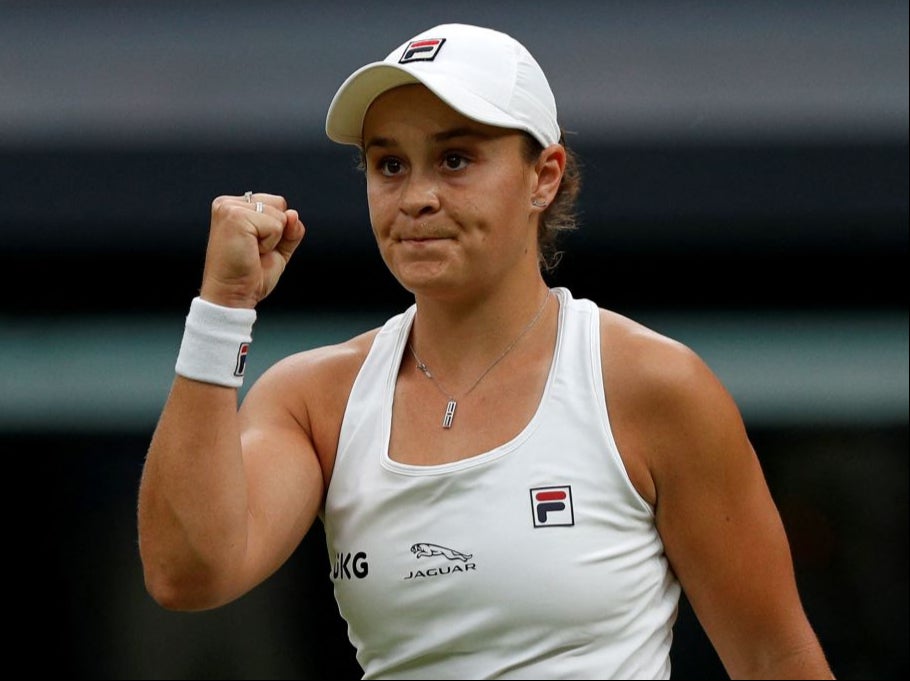 Pliskova, a former world No 1, has historically struggled to navigate the heightened strains of pressure and exhaustion at grand slams and wields the unwanted prestige of being the most successful active player to have never crossed the finish line. But on her return to Centre Court, there were not even the vaguest hint of nerves as she reduced Viktorija Golubic’s challenge to rubble with barely so much as a sweat. A scoreline of 6-2 6-2 betrayed the one-sided nature of the contest and, although Golubic summoned a determined last stand in the second set, the chasm in both quality and experience had long proved insurmountable.

“It means a lot, of course [to reach the semi-finals],” Pliskova said. “Especially after, like, not really having many good weeks before Wimbledon, it feels like a dream a bit. Anyway just, like, I believe at some point I will find my game. I’m just happy it work out well in these two weeks. Of course it was my last grand slam missing the semi-final, so I’m happy now I have all of them.”

Angelique Kerber, the 2018 Wimbledon champion, entered the tournament as something of a dark horse with a warm-up victory in Berlin, even if inconsistency saw her seeded as low as No 25 in the draw. But with each passing match, she has surged into an imposing light and had already delivered an ominous warning when she outclassed Coco Gauff in the fourth round. The German’s 6-2 6-3 victory over Karolina Muchova amounted to little more than a trouncing and that was some feat against a formidable opponent.

Kerber has the advantage in experience, but Ashleigh Barty knows what it takes to win a grand slam, too, and raised her game to the heights for which she’s recognised as world No 1. The Australian cruised past her compatriot Ajla Tomljanovic in near-effortless style, breaking serve six times and she wrapped up victory inside an hour. Kerber will represent a far more monumental task in the semi-finals but Barty remains the favourite to lift the Venus Rosewater Dish on Saturday afternoon.