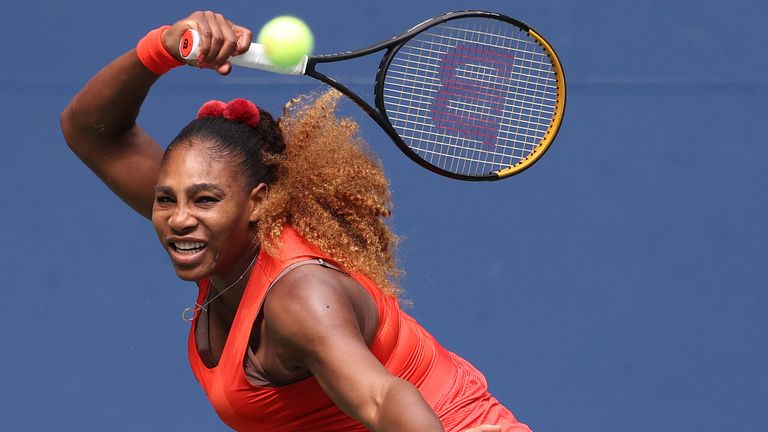 Serena Williams fought back from a set and a break down to beat Tsvetana Pironkova and progress into the semi-finals of the US Open.

The six-time champion had to do things the hard way to secure the 4-6 6-3 6-2 victory and continue her quest for a record-equalling 24th Grand Slam title.

Pironkova, who entered unseeded and unranked after taking a three-year break from tennis to start a family, lost just five points on her serve in the opening set.

Williams will face either Victoria Azarenka or Elise Mertens in the semi-finals.

Earlier in the tournament, Williams admitted that managing the pressure that’s heaped on her shoulders is a challenge.

“Sometimes it’s harder than others. Every day having ‘Serena’ on your back is a massive target for the tour, for press, for stress,” she said. “But as Billie Jean King said, pressure is a privilege. So, I wouldn’t want it any other way.”

As was the case against Sloane Stephens in the third round, Williams looked edgy at the start of the encounter.

Despite having won 105 matches at the US Open during her career, she found it tough going against Pironkova. 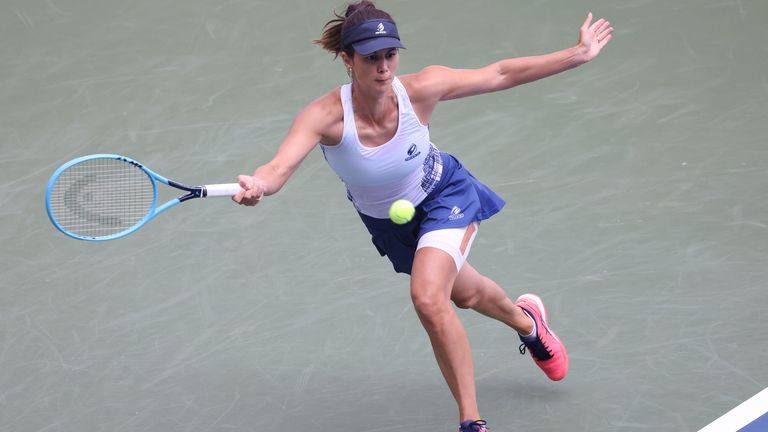 The Bulgarian used her sliced forehand to disrupt Williams and despite having heavy strapping on her left leg, raced all over the court.

Pironkova looked in control as she broke Williams to lead 3-2 and lost just five points on her serve during the first set.

After a slow start to the second set, Williams settled as it went on and started to use her power to finish the rallies earlier.

As she started to find her intensity, the match began to turn and nine second-set aces went a long way towards Williams securing it 6-3. 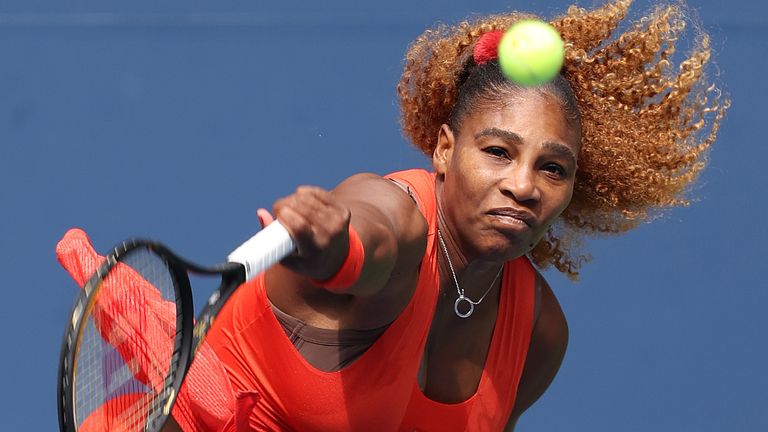 In the final set, Pironkova, who used her protected ranking to enter the main draw, allowed some unforced errors to creep into her game. Williams took advantage and afterwards was pleased with her work.

“I was feeling it a little bit in my legs [early on]. For whatever reason, about an hour in I got some more energy,” she said.

“I’m going to try to figure that out. I play again on Thursday and I guess the good thing is that I’m used to playing back to back, to back.

“I kept fighting and that’s one thing I’m super excited about,” she said. “I never give up and I’ve got to keep on going.”

The women’s singles quarter-final stage featured three mothers – Williams, Pironkova and Azarenka – and the American shared how it felt to face a fellow mother in the latter stages of a Slam.

“It just shows me how tough moms are, when you birth a baby it shows me that you can do anything,” Williams said.

“You play a match, then you go home and you’re still changing diapers. It’s like a double life, it’s really surreal.