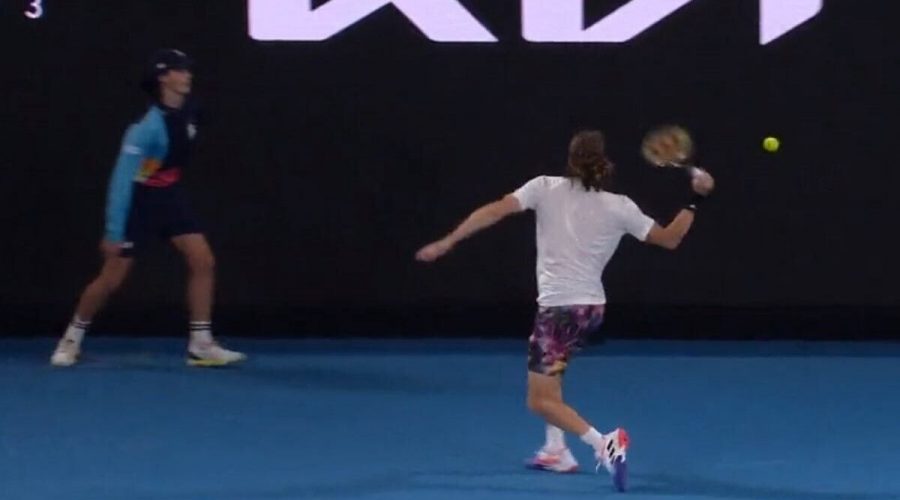 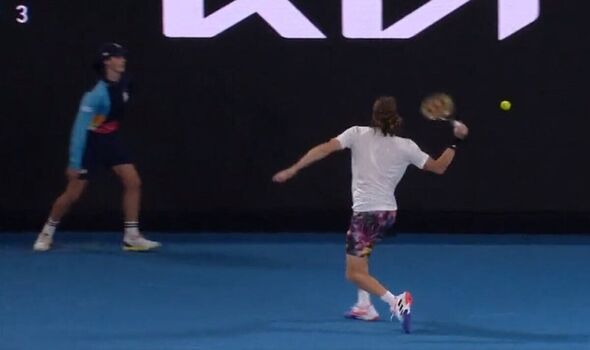 Stefanos Tsitsipas narrowly avoided being defaulted from the Australian Open as he smashed a ball in frustration and just missed hitting a ballkid. The world No 4 advanced to the semi-final in three sets on Tuesday but was told that he was “lucky” not to suffer the same fate Novak Djokovic did for accidentally striking a linesperson at the 2020 US Open.

Tsitsipas booked a spot in his fourth career semi-final at the Australian Open on Tuesday, downing surprise quarter-finalist Jiri Lehecka 6-3 7-6(2) 6-4 in two hours and 17 minutes. The world No 71 – who was responsible for ousting the likes of Felix Auger-Aliassime – was able to frustrate Tsitsipas at times but was broken in the crucual moments to lose in straight sets.

And the third seed’s frustration almost got the better of him in the final set, as he smashed a ball to the back of the court in frustration with the Czech star serving at 3-4 down and narrowly avoided hitting one of the ballkids. Cameras didn’t initially pick up on the moment, but Jim Courier was quick to notice what happened in commentary for host broadcaster Channel 9.

“I’m not sure if we’re gonna get a replay of it Tsitsipas just got really lucky,” he said. “He swings in anger and it nearly hits the ball kid.”

The four-time Grand Slam champion was also quick to note just how costly it could have been for Tsitsipas, adding: “And if he does, you are shaking hands, losing this match. You cannot do that, that was dangerous.”

Courier also referenced Djokovic’s own incident at the 2020 US Open, in which he hit a ball in frustration after getting broken by Pablo Carreno Busta in the first set of their fourth-round match and accidentally struck a lineswoman in the throat, which saw him defaulted from the tournament on the spot. The Australian Open does not have linespeople as it uses automatic electronic line calling but the retired former world No 1 noted that players like Tsitsipas still had to refrain from outbursts that could hurt anyone around.

“Djokovic got defaulted at the US Open a few years back for swatting a ball and hitting a linesperson,” Courier continued.

“But there are still people on the court and if you hit them you are disqualified. If you hit someone in the stands in anger as well, you are out as well.”

January 24, 2023 Tennis Comments Off on Tsitsipas ‘lucky’ not to default like Djokovic after Aus Open outburst
NFL News