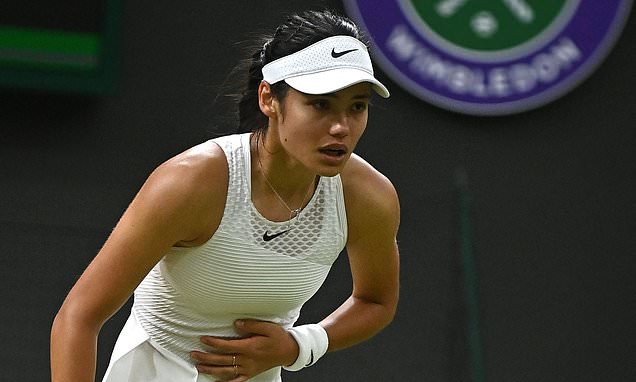 Raducanu, 18, was the star attraction at SW19 having reached the fourth round of her home Grand Slam on debut.

Tomljanovic edged the first set 6-4 but the second became a formality as Raducanu looked out of sorts before being checked over by a doctor at 3-0 down. 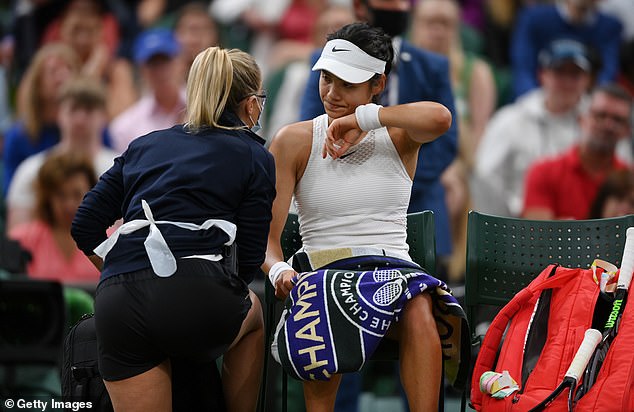 Emma Raducanu, 18, was forced to retire at Wimbledon following a medical time-out 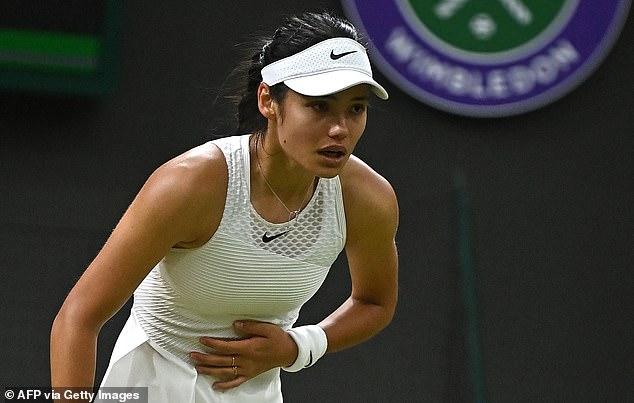 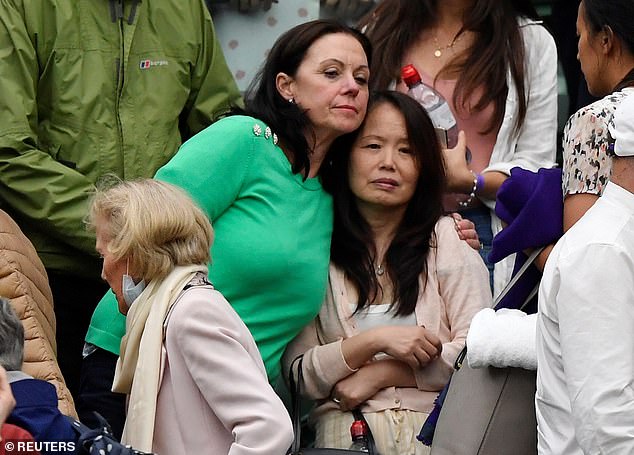 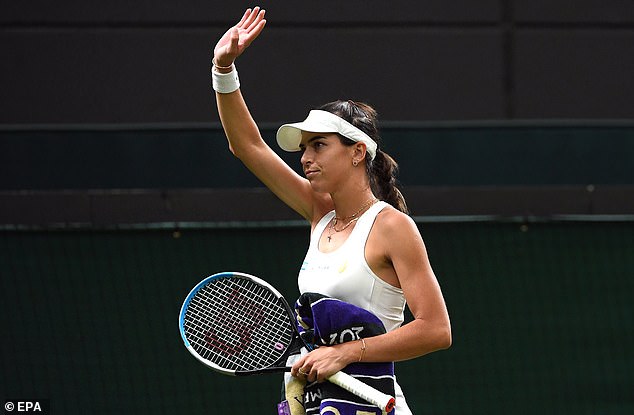 ‘I am actually in shock, it’s so bittersweet because Emma must be hurt to retire,’ Tomljanovic told the BBC after confirmation that the British teenager was in no condition to continue.

‘I am really sorry for her because I wish we could have finished it. It’s sport, it happens but I’m really wishing her the best.’

The crowd inside Court 1, which seemed incredibly loud with the roof closed, were all rooting for Raducanu to pull off another impressive upset.

Both players appeared nervous before settling into what was a pulsating first set. 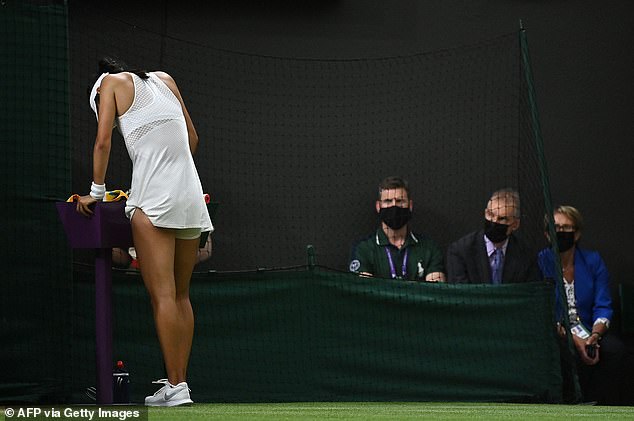 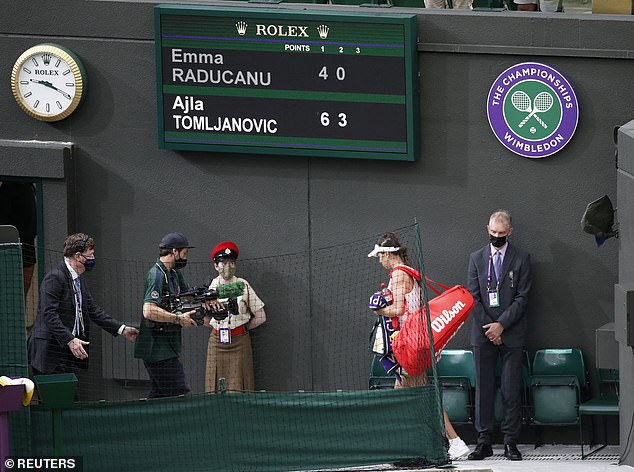 ‘The first game of that first set I thought we were playing some good tennis but then I started playing well,’ Tomljanovic added.

‘At the second set she wasn’t maybe playing her best but now that explains it.’

Former British No 1 Annabel Croft called it a ‘painful’ end to Raducanu’s fairytale run at this tournament but that the future is bright, even on a night to forget.

Speaking on BBC Radio 5 Live Sports Extra, Croft said: ‘We’ve seen so much from Emma Raducanu in the course of this tournament.

‘She’s got a complete technique, a beautiful service motion and a good second serve. She also has a strong head on her shoulders. She’s very joyful and brings it the court. 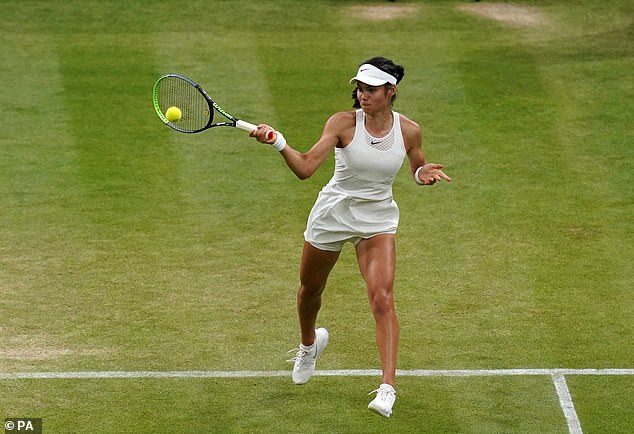 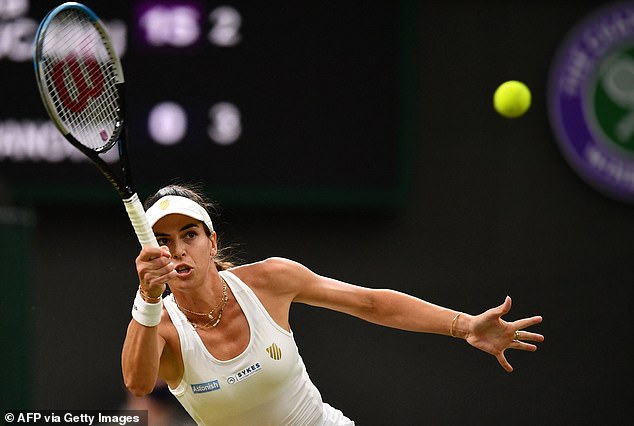 ‘It’s painful to see her go out this way, but this has been a great launchpad. There’s going to be a lot of interest in her now.’

Outspoken John McEnroe, a three-time Wimbledon singles champion, added on BBC: ‘Maybe it’s not a shame this has happened right now when she is 18.

‘I played this tournament at 18 and it In a way I was happy I lost. I was able to understand what it would take to make it.

‘Allow her to take some deep breaths and maybe get some wildcards.’

July 5, 2021 Tennis Comments Off on Tomljanovic says win over Raducanu was 'bittersweet' after retirement
NFL News