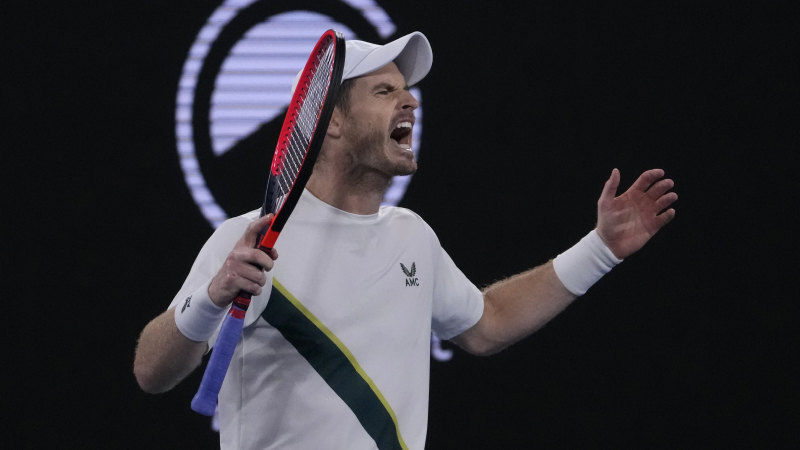 It’s official: the players at this year’s Australian Open are slugging it out for longer. Men’s matches are lasting, on average, 25 minutes longer than they did during the 2021 tournament, while points are lasting longer, both in duration and the number of shots in each rally.

This will not come as a surprise to the hardy souls who braved the 4am finish for last week’s Andy Murray-Thanasi Kokkinakis six-hour slug fest. Or those who witnessed the astonishing 70-point rally between Australia’s Jason Kubler and Russian Karen Khachanov early in the tournament.

But official Australian Open data, obtained and analysed by The Age and the Sydney Morning Herald, shows these long points and long matches are part of a trend. Experts attribute the drawn-out contests to a range of factors including the quality of the tennis balls, the physical prowess of the players and a hunch that players are taking every one of the 25 seconds on the serving clock that was introduced at the majors in 2018, ironically to crack down on time-wasting.

Through the first four rounds of the men’s singles at Melbourne Park, in which 120 matches culled the field to an elite eight in the quarter-finals, ticket-holders have had a one in four chance of settling in for five sets of mayhem.

Twenty-nine matches in the first eight days in Melbourne went to five sets. That represents a spike as only 20 and 19 matches went that distance at the 2021 and 2022 Australian Opens, respectively. There were 27 five-setters for the same period at Melbourne Park in 2020.

In the first four rounds, men’s matches have lasted an average of 172 minutes – or close to three hours on court. Noticeably, that’s an increase of 25 minutes (roughly half a set of tennis) compared with the corresponding period in 2021, and a jump up from 165 minutes per match last year.

So, what’s contributing to the longer match times and, in turn, putting extra pressure on the Open schedule, with night sessions stretching into the wee hours of the morning?

The performance of the Dunlop balls – questioned by players including Rafael Nadal and Felix Auger-Aliassime – and whether their flat or fluffy state contribute to the length of points, is unclear.

According to Tennis Australia, there are multiple factors in play including medical timeouts, the time between sets and whether the on-court serve clock is having an unintended consequence.

Tennis Australia’s head of innovation, Dr Machar Reid, said the sport was less focused on the issue of overall match times than other trends.

“Match times obviously depend on a number of different factors,” Dr Reid said.

“It’s a bit of an imperfect art form in some respects.

“It’s susceptible to things like extended breaks between sets and injury timeouts, both of which we’ve had more of this year.

“Then you’ve also got the additional factor of the serve clock which, as you know, can be prone to fluctuation.”

The data watchers, however, are keeping a keen eye on average times per point, and there’s a gradual increase that Tennis Australia says, interestingly, is evident in men’s tennis.

“Certainly over the last four years or so – and more so in the men’s game interestingly enough, the effects aren’t anywhere as pronounced on the women’s side – but the men’s side you’ve had a couple of tenths of seconds added to the length of a rally in terms of the time the ball is in play,” Reid said.

Point times have increased to 6.2 seconds per point at Melbourne Park this year – a jump of two tenths of a second on 2022 figures. The same increase happened last year on the 2021 figures.

This year rally lengths have jumped up to 4.4 shots per point. Points only lasted an average of four shots two years ago.

“And alongside that, interestingly enough, you’ve not had a noteworthy increase in ball speed,” Reid said.

“So the guys are pretty much hitting forehands and backhands with the same venom, serving on average with slightly more venom but the real difference we’ve observed is on the physical side.”

He said Tennis Australia’s data indicated that the physical prowess of the top men’s players – Alex de Minaur and Novak Djokovic, for example – meant they were capable of chasing down more balls, covering more territory and managing high-speed changes of direction. This led to longer points.

“In terms of it [the data] tracking ever so slightly longer, in terms of rally length, we’ve observed the same at the US Open, again on the men’s side,” Reid said.

“It’s one of those ones that we’re keeping a close eye on as a sport.”

Tennis data analyst Craig O’Shannessy, who has worked with 21-time grand slam champion Djokovic, says there are three factors that affect rally length averages – the players who go deeper into a tournament, tournament temperatures and the condition of the court and balls.

Players who usually participate in longer rallies, such as Djokovic (more than five shots per rally), Stefanos Tsitsipas, Andrey Rublev and American Tommy Paul, have made the last six in Melbourne – impacting the data, said O’Shannessy.

“Number two is the condition of the court and the ball. We’ve seen a lot of talk this year about the Dunlop ball being softer, and that softer ball especially makes the ball harder to put away, harder to hit a winner,” he said.

“The rally length gets longer because the ball’s just soft. It’s just how it is.

“There’s also discussion that the ball is fluffing up more, which makes it slower through the air, so that’s going to make a rally length longer.”

The extreme heat has barely been a factor this January, with just one eye-catching day so far in the high 30s.

“The hotter it goes, the more the ball zips through the air, and it’s going to reduce the rally length,” O’Shannessy said.

While it was Murray’s 4am finish and the 70-shot rally involving Australia’s Jason Kubler that generated plenty of attention in the past fortnight, O’Shannessy points out that the numbers aren’t necessarily what they always appear to be.

He said a significant number of points (about 30 per cent) involve only one shot (an ace or unreturned serve) while the vast majority of points, up to 90 per cent, are in the 0-8 shot range.

“Andy Murray, Novak Djokovic [and others], when I asked them they said they played more four-shot rallies,” he said.