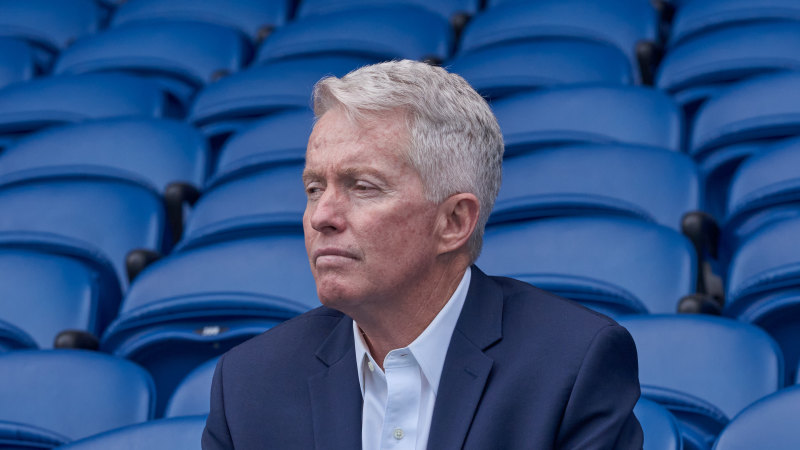 The Australian Open director, speaking for the first time since Novak Djokovic was detained, told The Age and the Sydney Morning Herald he believed the decision to allow quarantine-free travel was a matter for Victoria and that Tennis Australia had been caught in a constant conflict of state and federal advice. 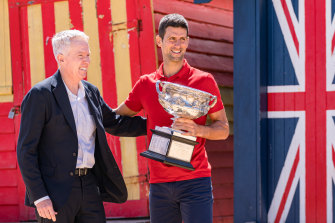 Tennis Australia and the Victorian government granted a handful of exemptions for unvaccinated players to enter the Open. The process was based on guidelines from the Commonwealth’s peak vaccine advisory body, Mr Tiley said, but tennis officials asked the federal government on two occasions in November to examine each exemption to ensure they would be accepted by federal officials at the border.

“They declined,” he said. “We asked if they could please assess our decisions. We said we’re going to need some help to make sure we’re doing the right thing. We’d be in a different situation today.”

The tennis chief has been under pressure to explain why he advised players they could seek an exemption based on a recent COVID-19 infection after federal Health Minister Greg Hunt wrote to him in late November saying this was not a valid exemption.

Despite Mr Hunt’s advice, Mr Tiley said he believed the Victorian government would approve whether a player would be required to quarantine. This view was informed by a letter from a federal Health Department official in early November saying “exemptions from vaccination will be at the discretion of the state”, as well as correspondence from Victorian Chief Health Officer Brett Sutton saying prior infection was grounds for quarantine-free travel.

“We were caught in this constant conflict between state and federal [advice] and this pandemic has highlighted that complexity,” Mr Tiley said.

“We believed that the [Australian Technical Advisory Group on Immunisation] guidelines are what the exemptions [were based on] and it wasn’t the federal government approving the exemptions, it was the state.”

He said he became even more confident about the validity of the prior-infection exemption when two other Australian Open participants entered the country using the same exemption before Djokovic arrived. These two people have now left the country after the federal government reversed its decision to grant them entry.

The tennis boss, who has a working relationship with Djokovic, said he had had no idea there was a prospect of the world men’s No.1 being blocked at the airport.

“It was a shock,” said Mr Tiley, who communicated throughout the early hours of Thursday morning with Djokovic’s agent in Monaco after the player’s arrival late on Wednesday night.

Mr Tiley said he had not considered resigning in the past few days.

In late November, health authorities told Tennis Australia on two occasions in writing that people who were not vaccinated and had contracted COVID-19 in the past six months would not be granted quarantine-free travel to Australia.

Mr Tiley said these letters represented a “point in time” and should not be taken as “gospel”. “Everything changed before and everything change after,” he said.

“I can go back and look at a letter from five years ago … but it doesn’t apply to what’s happening now.”

He said he hoped Djokovic would be able to play.

“I’d like to see him play the Australian Open,” he told Nine News on Sunday evening.

Mr Tiley’s view has highlighted the confusion between the state-based rules for avoiding hotel quarantine and the federal process for granting visas for unvaccinated people. The episode has demonstrated that a state approving a person to skip quarantine does not automatically guarantee a person a visa to enter Australia.

Stay across the most crucial developments related to the pandemic with the Coronavirus Update. Sign up for the weekly newsletter.

January 9, 2022 Tennis Comments Off on Tiley says Tennis Australia was caught in a conflict of advice between state and Commonwealth
NFL News