Australian Open boss Craig Tiley would be open to introducing a cut-off time for matches that spill into the early hours of the morning, if the majority of players made that request.

The extraordinary five-hour, 45-minute marathon between Andy Murray and Australia’s Thanasi Kokkinakis, which concluded at 4.05am on Friday, reignited the debate around night scheduling of matches.

It was the second-latest finish in tournament history, behind only the momentous five-set encounter between former world No.1 Lleyton Hewitt and Cypriot Marcos Baghdatis in 2008 that lasted until 4.34am. 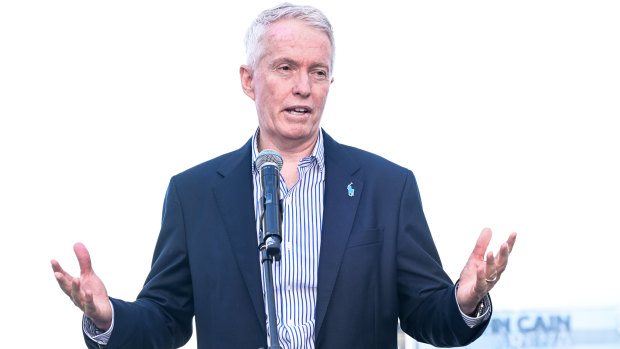 The difference between the two matches is that the Hewitt-Baghdatis contest started barely before midnight – which is at the tournament referee’s discretion beyond 11pm – whereas Murray and Kokkinakis was closer to 10pm.

“There have been instances where you have a first match at 7pm that’s gone extremely long, and then we just moved that other match onto another arena, another court, so that would be reasonably assessed when you know you’re going to start late,” Tiley told The Age and the Sydney Morning Herald.

“Last night’s situation was interesting because they started around 10pm. The average length of our matches on the men’s side [this year] has been about two hours, 40 minutes, and on the women’s side a little over an hour.

“So, when you look at that, you start around 10pm, you think, it will probably finish between 12.30am and 1am, but you don’t predict the match is going to go that long.”

Wimbledon has long had an 11pm curfew in place, which so far has not changed with the installation of a roof, but operates differently to the Melbourne Park grand slam, given it has one session across the entire day instead of breaking them into day and night.

But Tiley said his feedback indicated that players would prefer to continue rather than resuming the next day and cutting into their preparation for the winner’s next match.

A spokesperson from host broadcaster Channel Nine, which owns this masthead, said the network deferred to Tiley on matters such as these and trusted their scheduling decisions.

“We would always seek the feedback from the players, and if the players wanted to have a cut-off time, we would absolutely be open to it,” he said.

“But if you had a cut-off time, let’s say for argument’s sake, at 1am or 2am, and they were four-all in the fifth set [it would not be right to stop].

“That’s why they don’t want to do it because as a coach of players and being around the players a lot over the years; if they can play, they want to play. The only thing that would stop them is if it was raining.”

Greek star Stefanos Tsitsipas said the draining match was “no fun for Andy” but felt it started at “a reasonable time”.

“They didn’t break any rule. The match started at 10pm. Kokkinakis made it long. Murray made it long, too,” Tsitsipas said.

“I think tennis likes these kinds of matches because there’s a great story behind this match, and it’s going to be remembered. I do remember very vividly the match that Baghdatis played with Hewitt. It is definitely a very magical moment.”

Andy Murray’s brother and doubles star Jamie argues there should be only one match, rather than two, at night during grand slams.

“This is the best outcome for all singles players,” Jamie Murray tweeted. “We can’t continue to have players compete into the wee hours of the morning. Rubbish for everyone involved – players, fans, event staff etc.”

But Tiley rejected that proposal, saying there was a greater risk of a lopsided match ending quickly, or a mid-match retirement, than an almost-six-hour epic, which would leave fans short-changed.

“The challenge with that is if you have one match in primetime around the world; you could have a match that’s 58 minutes,” he said.

“Or, you could have a match where, if you remember, [Amelie] Mauresmo and [Justine] Henin, had a nine-game match [in the 2006 Australian Open final], and then what do you do?

“Then you have fans in the stadium and fans around the world not being able to watch, so that is an option we’ve always discussed, but it’s really just not an option for the practicality.”

Women’s and men’s matches will continue to rotate between being first or second at night, a change Tiley said was “fair”.