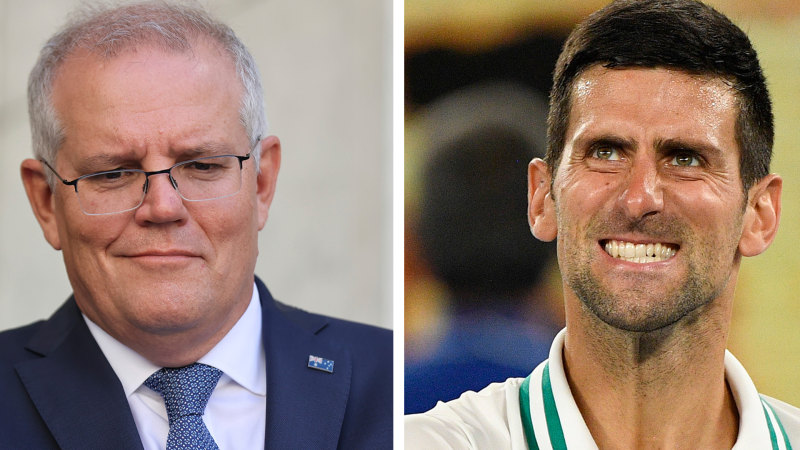 We can all thank Novak Djokovic for one thing. The legal action he took challenging his deportation from Australia has thrown a searching public light on all the key players in this debacle.

The first to suffer from this is Djokovic himself. Yes, as Federal Circuit Court judge Anthony Kelly said on Monday, the tennis champion did everything he was told was necessary to get into this country to defend his Australian Open title. But the case highlighted once again his puzzling refusal to do the simplest thing of all – to take a vaccine to help protect himself and those around him.

It has also shown his extreme recklessness. The day of his positive test result was December 16 and the following day he was at a public event. He is also believed to have travelled, then signed a declaration form saying he had not.

But Australian officialdom has come out of it looking worse. Take Tennis Australia. Yes, as boss Craig Tiley asserted on the weekend, he sought advice widely, from Victorian Chief Health Officer Brett Sutton, the Australian Technical Advisory Group on Immunisation (whose words, not for the first time, were abysmally unclear), and from the federal deputy Chief Medical Officer about whether a recent case of COVID would allow an (unnamed) player to squeeze around the vaccination requirement in Australian immigration law. Tiley also sought help from Home Affairs to check on their understanding of the law.

But for Tennis Australia to conclude from all this that a previous COVID infection was grounds permitting travel was wilful blindness at best. It meant ignoring the Australian Immunisation Register form that Border Force relied upon, which states: “A previous infection is not a contraindication to immunisation against that same disease”, as well as unequivocal advice in letters from Health Minister Greg Hunt and his department that “people who have previously had COVID-19 [would] … not be approved for quarantine-free entry”. 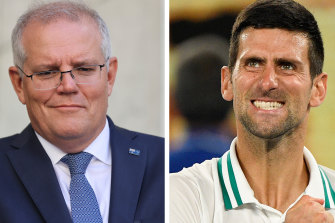 The fact is Tiley wanted Djokovic in the country. He wrote in a November letter it “goes to the heart of the viability of the Australian Open”. So it appears he simply hoped for the best.

But the federal government, too, has acted appallingly. If the law on unvaccinated travellers was so clear, why did the department refuse Tennis Australia’s request to vet individual applicants beforehand? Or why didn’t it stop Djokovic at the visa-issuing stage or at the airport from where he embarked?

Worse, how did it allow two other Australian Open participants, player Renata Voracova and an official, to sail through Melbourne Airport and into the competition even though they too were unvaccinated? Tiley, understandably, took that as encouragement that Djokovic would be fine. The process has also lifted the skirts on how Home Affairs treats people at the airport – as Age reporter Chip Le Grand memorably put it, a “rare insight into how the walls of Fortress Australia are bloodlessly defended, subclause by Roman numeral, in the dead of night”.

The court case illuminated all this, but did not adjudicate any of it, except for the last point: that Djokovic was mistreated and lied to at the airport.

Now he has been forced to wait yet another day to know if he can stay in Australia. He has been treated appallingly – seemingly ushered into our country and then rejected, with what even the government admits was procedural unfairness at the airport, detained in a notorious Melbourne immigration hotel with the benighted victims of other Australian immigration policies, and now left wondering for days what his future holds as he tries to prepare for the mammoth task of playing two weeks of grand slam tennis.

The Australian government could stand on its principles and the law, say Djokovic is unvaccinated and must leave. It would no doubt need then to defend its position in court. Or it could make an exception – comply with the judge’s ruling on Monday afternoon that freed the tennis champion, and allow him to stay. Like it or not, he is the world’s No.1 men’s tennis player, here to entertain and amaze us. His is by its nature a special case.

Besides, if, as Prime Minister Scott Morrison says, we are to “ride the wave” of our own, home-grown Omicron tsunami, it’s difficult to understand the practical utility of deporting one unvaccinated man.

January 11, 2022 Tennis Comments Off on There are faults all round in Djokovic debacle
NFL News