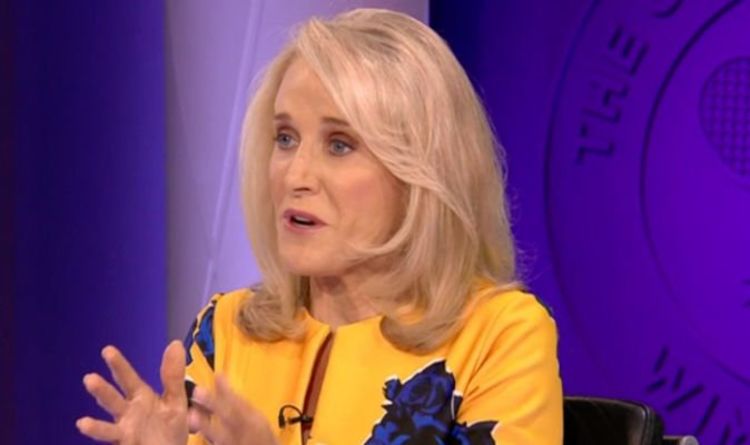 Emma Raducanu: Wimbledon 'got too much' says Austin

Emma Raducanu’s Wimbledon debut came to a close in distressing circumstances as she was forced to retire against Australian Ajla Tomljanovic after suffering breathing difficulties in the fourth round on Monday. Former tennis superstar Tracy Austin suggested Raducanu may have partially become overwhelmed with the increasing attention she attracted with her outstanding performance.

“When you go back a week, she was really an obscurity.

“She wins three matches as a wild card and she’s played so well.

“She played the first time ever on court one and she even said she played above her level.

“Now, all of a sudden she has a day off, she’s all over the papers.

“All the expectations and what’s in front of her now is the fairytale is still going on but now she’s got a winnable match in the fourth round and it’s too good to be true for both of them.”

Former British number one Annabel Croft told BBC Radio regaridng the 18-year-old’s exit: “We’ve seen so much from Emma Raducanu in the course of this tournament.

“She’s got a complete technique, a beautiful service motion and a good second serve.

“She also has a strong head on her shoulders. She’s very joyful and brings it to the court.

“It’s painful to see her go out this way, but this has been a great launchpad.

“There’s going to be a lot of interest in her now.”

While Ajla Tomljanovic, Ms Raducanu’s opponent in the last 16, said: “I am actually really kind of shocked,”

She continued: “It’s obviously so bittersweet because Emma must be really, really hurt if she came to the decision to retire.

“To play as a Brit at home, it’s unbelievable so I am really sorry for her because I wish we could have finished it.

“It’s sport – it happens – but I am really wishing her all the best.”

July 6, 2021 Tennis Comments Off on ‘The moment was too much!’ Tracy Austin defends Emma Raducanu’s Wimbledon withdrawal
NFL News