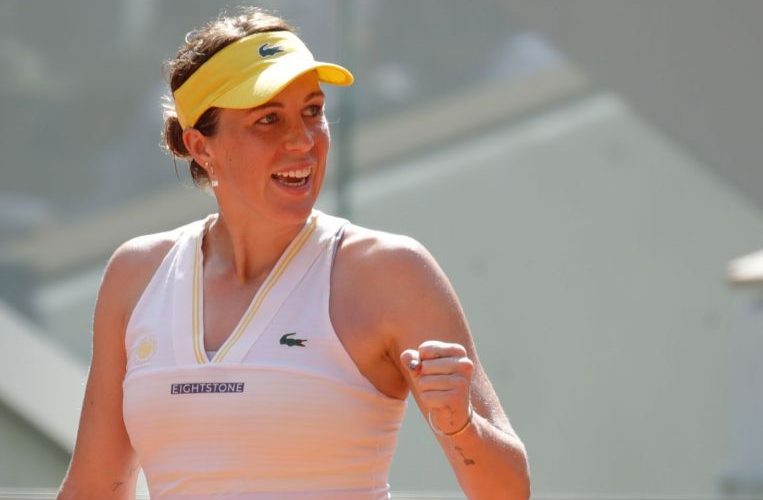 PARIS (AFP) – Anastasia Pavlyuchenkova beat world No. 85 Tamara Zidansek of Slovenia 7-5, 6-3 to reach a first Grand Slam final at a record 52nd attempt at the French Open on Thursday (June 10).

The 29-year-old Russian will face Greek 17th seed Maria Sakkari or the unseeded Barbora Krejcikova of the Czech Republic for the title on Saturday, 14 years after her Grand Slam debut.

Pavlyuchenkova, a quarter-finalist in Paris a decade ago, became the first woman to play more than 50 Majors before making her first final, breaking the previous mark of 44 set by 2015 US Open runner-up Roberta Vinci.

“I am so tired and so happy, it is very emotional,” said Pavlyuchenkova.

“It was difficult, I tried to fight very hard and to work on the tactical side. It is important to stay focused and in the right zone for the final on Saturday.”

The 31st seed dropped serve in the opening game on a sun-drenched Court Philippe Chatrier but capitalised on a fourth break point against Zidansek to break back for 2-2.

Pavlyuchenkova, a former junior world No. 1 and Roland Garros girls’ singles finalist in 2006, surged 5-3 ahead as Zidansek sprayed a forehand wide.

But the Slovenian immediately broke back, rewarded for her persistence and tireless defence – pulling off a remarkable backhand volley, throwing her racquet at the ball and watching in astonishment as it caught the line.

Zidansek then carved herself two break points at 5-5 but Pavlyuchenkova managed to hold, and the Russian struck the following game to wrap up the first set as her opponent committed a costly double fault.

Pavlyuchenkova rolled that momentum over into the second set, breaking in a lengthy second game to lead 2-0. Zidansek responded to get back on serve but was again broken as the Russian swept into a 4-1 advantage.

Zidansek, twice two points from defeat in the first round here, continued to scrap hard and the nerves resurfaced for Pavlyuchenkova as two double faults allowed the Slovenian to claw her way back to 4-3.

But Pavlyuchenkova was not going to be denied, as another break left her serving for the match, with victory assured when Zidansek fired wide.