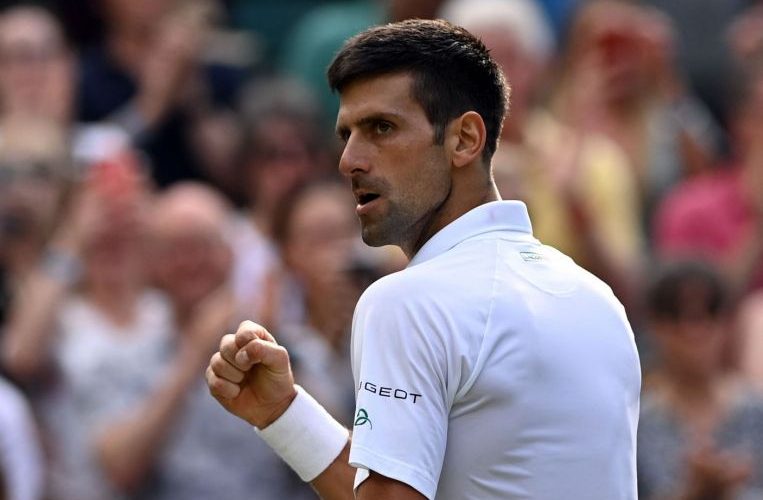 Djokovic, chasing a record-equalling 20th major, cruised through the first two sets but then had to fight back from 1-4 down and also 1/4 in the tiebreaker before he recorded a 75th win at the All England Club.