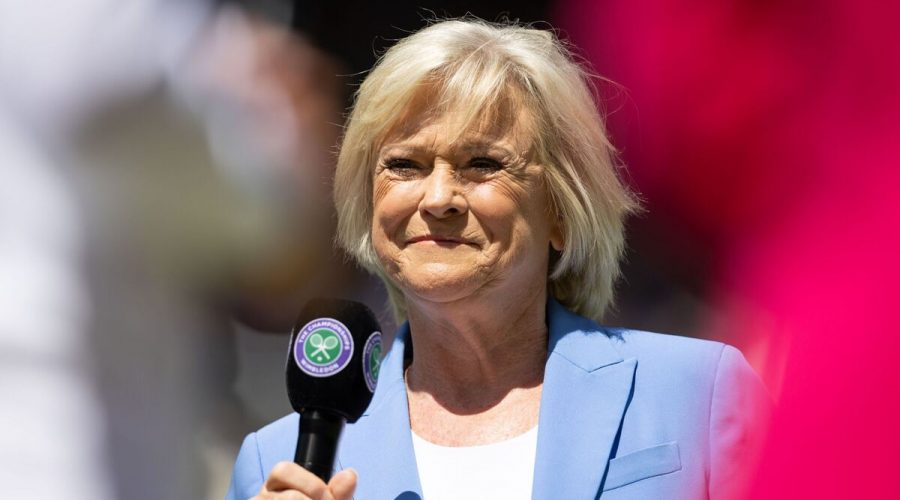 Sue Barker has gone down as one the most iconic sports presenters in history.

She began working for the BBC to present coverage of the Wimbledon tennis championships in 1993 before stepping down from the role after last year’s edition of the event. The 66-year-old was given a lovely sendoff and began to tear up as she bid farewell to a position she made her own for three decades.

Barker was presented the opportunity to extend her contract that would have taken her to 2025, but turned it down before deciding to retire. Barker, who also presented A Question Of Sport until 2020, revealed her decision to retire in June. She said that the time felt right.

“What a wonderful time I’ve had working on some of the biggest sporting events around the world. I will miss it terribly but after 30 years I feel the time is right for me. I’ve worked with the best of the best,” Barker said in an official BBC statement. The death of her mum Betty, aged 100, earlier this year played a role in Barker’s decision to step away from presenting.

She said: “My mum was always so interested in my broadcasting career. And we would speak every evening. When something like that happens it does make you reassess life, which is another reason I think this is the right time.” Late last year, reflecting on moments from her time as Wimbledon host, Barker recalled how going off-script while interviewing Andy Murray during his 2013 Wimbledon title win.

Murray made history by becoming the first British man since 1936 to win Wimbledon, but her choice of words during the post-match trophy presentation landed her in hot water with the All-England Club’s bosses. “I got in awful trouble with Wimbledon, because Wimbledon had asked me, in the early 2000s, to do the on-court interviews and to read out… and you know, I have a little script,” she began.

“It’s very Wimbledon. ‘The winner of the gentlemen’s singles trophy for whatever year it is is so and so. And suddenly, I looked over at Andy and he was crying, and I could hear on Murray Mount the crowd were going mad. There was such a buzz around Centre Court, I said, I can’t just read this. So I said, ‘We’ve waited 77 years for this!’ I just felt it needed something more.

“That was the highlight for all of us. He was amazing. The pressure he was under… I don’t know how he did it.”  Following another Brit in Emma Raducanu, after her success at the 2021 US Open, Barker admitted she was likely being “biased” when she wished for the British number one to become the next champion to succeed the likes of Serena Williams.

Raducanu made history at Flushing Meadows two years ago, becoming the first qualifier ever to win a Grand Slam title when she won ten matches in a row without dropping a set en route to becoming the champion in New York. As well as looking for the next big name, Barker said there needed to be an all-star rivalry though confessed she was likely “biased” when she looked to the British No 1.

“Watching that US Open final last year, with Emma and Leylah, I was thinking that this would be a fabulous rivalry – which is exactly what we need,” she said. “But I’m probably being biased because Emma’s British.”