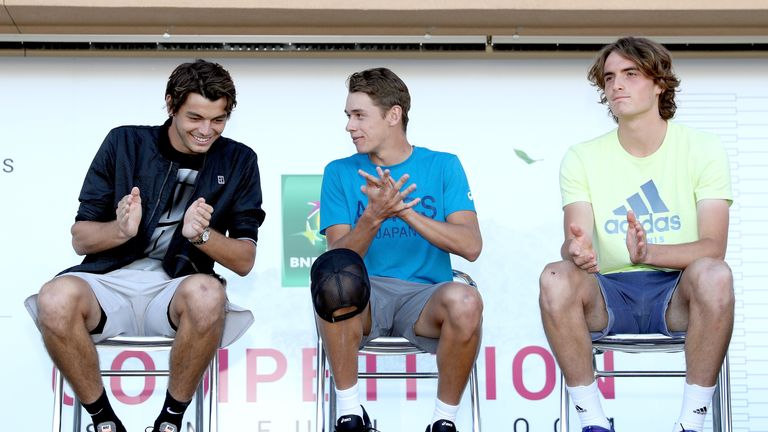 After a successful inaugural Next Gen ATP Finals in 2017, young talent will once again have the chance to impress in Milan, live on Sky Sports.

The quick-fire tournament, which features eight of the world’s best 21-and-under players, will once again see tennis open itself up to new audiences as organisers add some new innovations to complement what proved a popular format last year.

The 2017 cast included eventual champion Hyeon Chung, Karen Khachanov and Borna Coric, who all went on to enjoy success on the sport’s biggest stages. This time around, Greek sensation Stefanos Tsitsipas, Australia’s Alex de Minaur and American Frances Tiafoe are among the talents aiming to underline their burgeoning credentials in the men’s game.

Here we take you through how this year’s edition has shaped up, and what to expect from the five-day showcase of up-and-coming stars of the game.

Who’s booked their spot in the field?

Tsitsipas defeated four top-10 opponents on his memorable run to the Toronto final and lifted his maiden ATP trophy in Stockholm last month.

As world No 16, he is the highest-ranked player in the field and having been an alternate in Milan last year, the 20-year-old now has the opportunity to finish his breakthrough season in style.

De Minaur created headlines in his home country at the start of the year by reaching his first Tour-level final in Sydney before matching that feat in Washington D.C. during the summer.

The 19-year-old, who has reached a career-high world No 31, is the second seed and earned high praise from mentor and Australia David Cup captain Lleyton Hewitt for his progression. 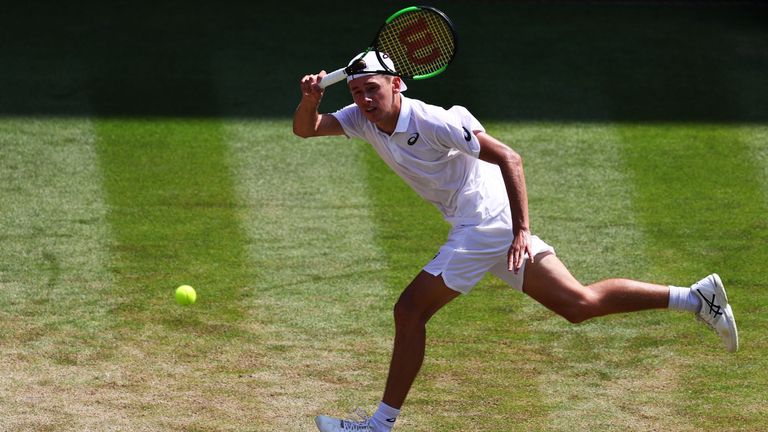 American duo Tiafoe and Taylor Fritz are both highly thought of within the game, with the former a first-time ATP title winner at Delray Beach earlier this season.

Andrey Rublev made it to the final last year but having reached his career-high ranking of 31 in February, has since fallen to 78 after missing three months of action with a back injury.

Polish No 1 Hubert Hurkacz benefited from Denis Shapovalov’s late withdrawal, due to exhaustion, to make the field and after earning his second Challenger title of the season in Brest, he comes in with confidence.

Jaume Munar benefits from the tutelage of Rafael Nadal after he chose to move his training base to the 17-time Grand Slam champion’s tennis academy in Mallorca, while Italian Liam Caruana booked his spot after coming through the wild card qualifying event. 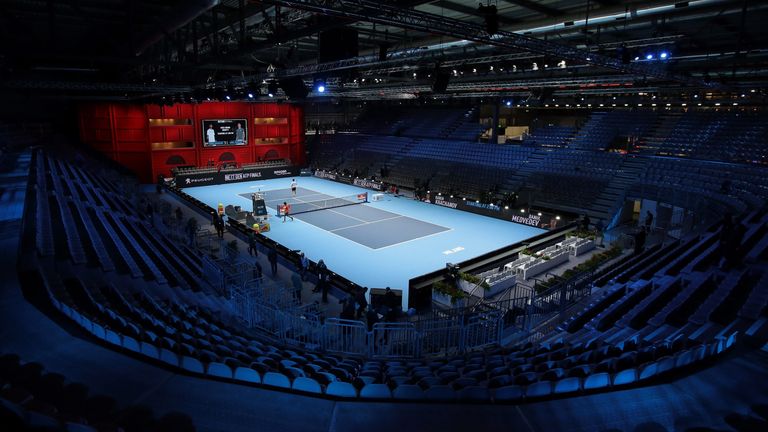 Matches will be played over the best-of-five sets, but the sets will be first to four, with a tie-break at 3-3 and games will feature no-ad scoring – as is the case on the doubles circuit.

Alterations from last year are that players will be able to call for a video review on subjective calls such as double bounces and touching the net, while the warm-up will now take four minutes, one less than last year. Towel racks on each side of the court will also be used, rather than relying on ball kids.

#NextGenATP Finals must have kit:
Huge smiles ?
Fun fun fun ?
And a ?! pic.twitter.com/JJinVPi24g

Electronic line calling, in-match coaching via headsets, no lets, a 25-second shot clock, a limit of one medical time-out per player, and a “free movement” crowd policy (except behind the baselines) will remain in place from last time around.

Sky Sports has coverage of the Next Gen ATP Finals live throughout the week. See TV listings HERE.