Serena Williams deserves to win a 24th Grand Slam title and her good friend Caroline Wozniacki hopes she can do it at the US Open this week.

Williams is currently on course to match Margaret Court’s all-time record of 24 Grand Slam singles titles after reaching the semi-finals.

The American has battled back from a set down for three consecutive rounds at Flushing Meadows, but she will move a step closer to more history if she overcomes the Belarusian former world No 1 with former winner Naomi Osaka taking on Jennifer Brady in the other semi-final in the early hours of Friday morning in the UK. 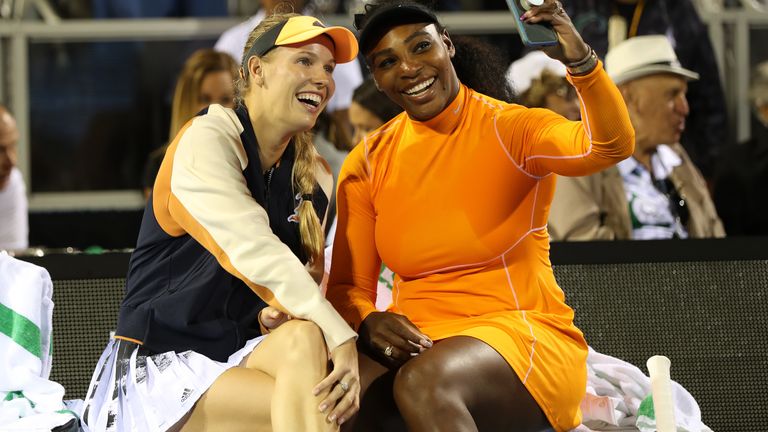 “I love watching Serena and I hope she is going to win her 24th Slam. I think she really deserves it. She’s been so close so many times and I hope she will go the whole way this time,” said Wozniacki, who was speaking to Sky Sports’ Check-In with Hannah Wilkes.

“It’s so different looking on from afar, much less stressful and I can just enjoy the sport that I love.”

She added: “A lot of the European players choose not to play in New York because of the pandemic, but at the same time we’ve gotten some great matches and great players coming up.

“I also think the main thing is that a lot of people are watching Serena and I hope she can get her 24th this time around.”

#Ad Super excited to bring #AdvantageHers to life with @UCB_news ! I've learned so much on my #rheumatoidarthritis journey and hope this campaign encourages other women to build a solid game plan for their CID!

Wozniacki, who suffers from rheumatoid arthritis, an incurable autoimmune disorder that causes stiff and painful joints, has launched ‘Advantage Hers’ campaign for women with chronic inflammatory diseases.