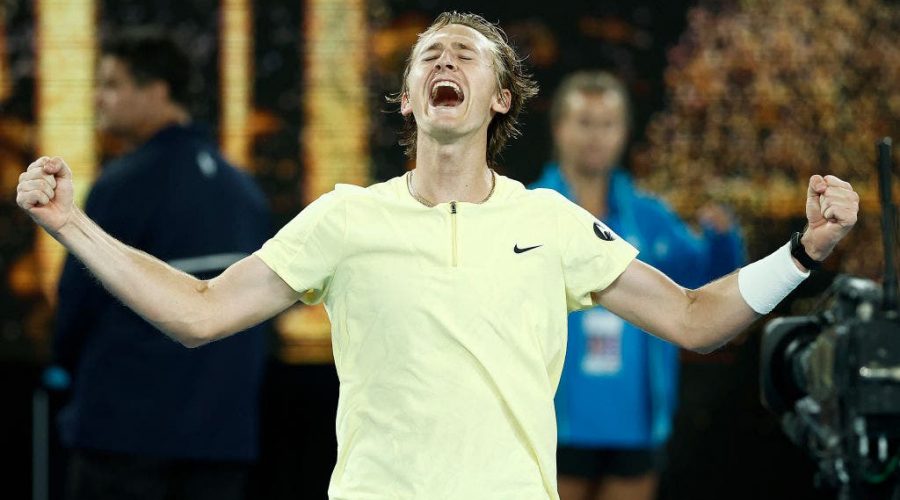 Sebastian Korda stunned Daniil Medvedev to make a statement at the Australian Open 25 years after his father Petr claimed the title.

Melbourne Park has been a happy hunting ground for the family, with Sebastian winning the junior title five years ago, while his sisters Nelly and Jessica have both won the Australian Open in golf.

While it may be too soon to talk about the 22-year-old potentially adding more silverware, he was superb in a 7-6 (7) 6-3 7-6 (4) third-round victory over seventh seed Medvedev, the beaten finalist for the last two years.

The Russian has struggled for form since losing to Rafael Nadal from two sets up in the final 12 months ago and was simply outplayed by Korda, who began the season by reaching the final of the ATP event in Adelaide and pushing Novak Djokovic all the way.

Medvedev hung on grimly in the first set, fighting back after dropping his serve three times, but Korda was always ahead in the tie-break. 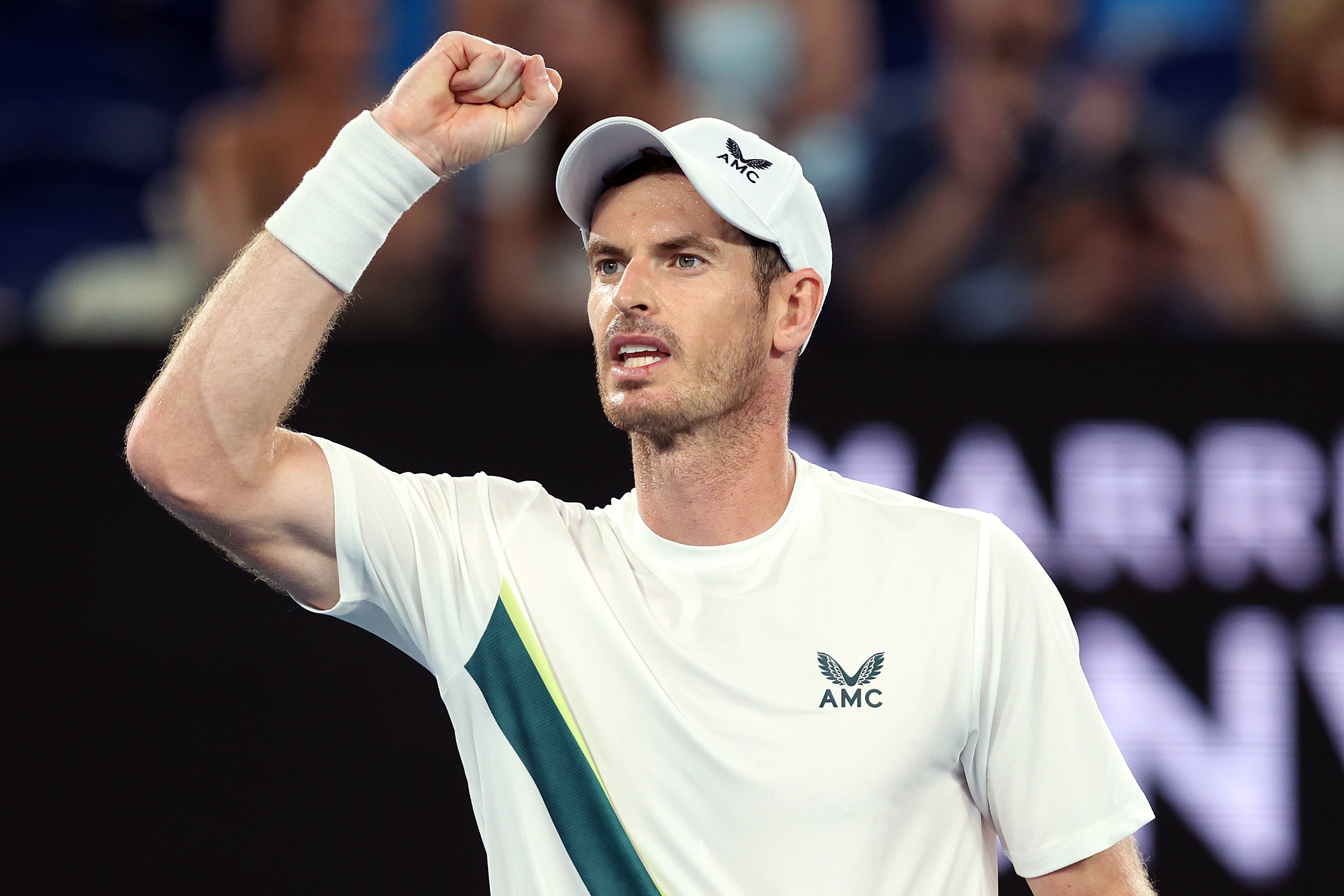 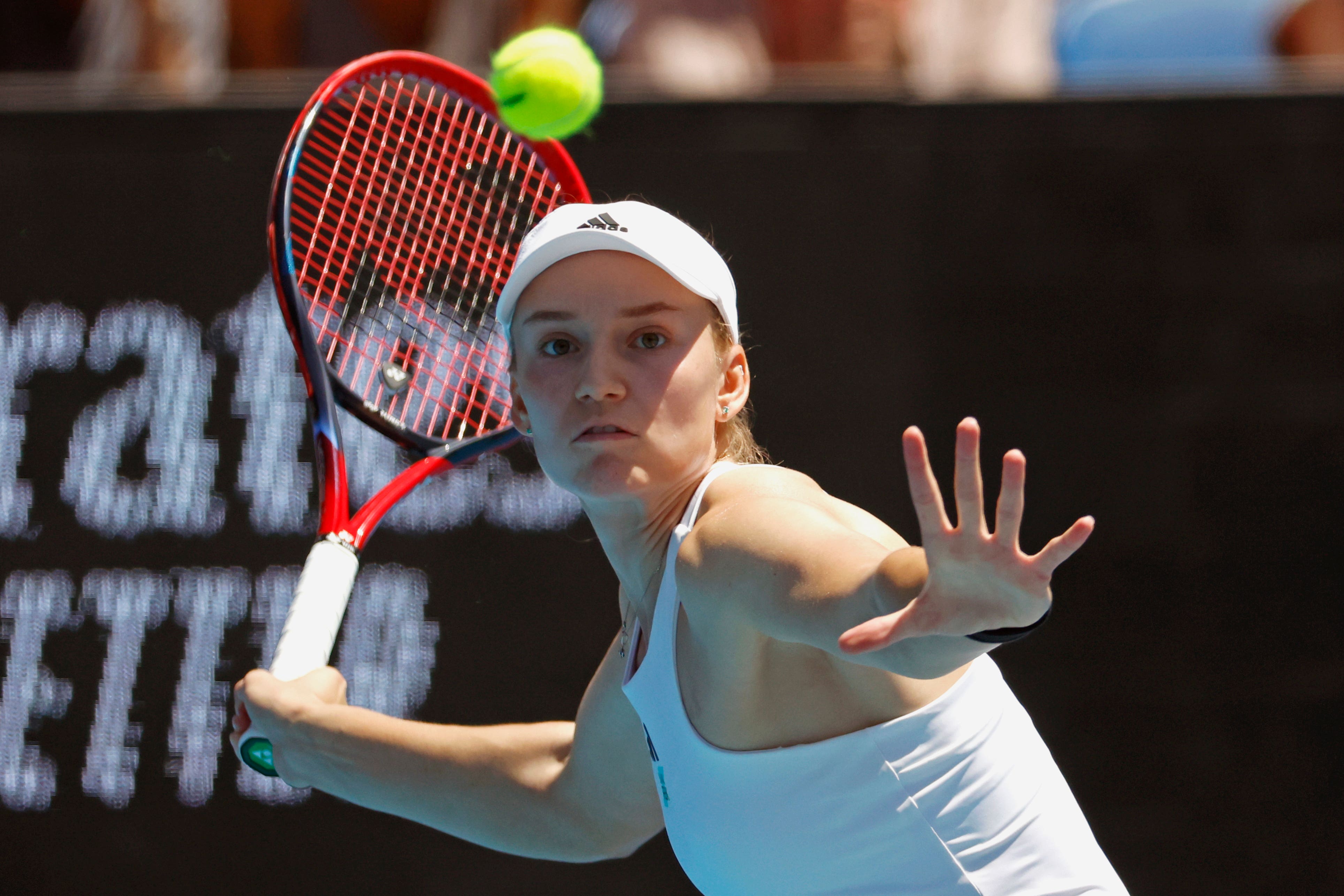 The young American has a similar game to his opponent but he was doing everything better – striking his groundstrokes with precision, particularly off the backhand side, and coming to the net effectively.

He moved ahead early in sets two and three and, although he wobbled in sight of the finish line, he dominated a second tie-break to send another favourite packing following the exits of Nadal and Casper Ruud.

Earlier, Stefanos Tsitsipas, at three now the highest seed left, continued his serene progress through the draw to set up a rematch with Jannik Sinner.

Tsitsipas has made the semi-finals in three of the previous four years at Melbourne Park and is hoping to seize his chance of going further this time.

He said: “I’ve never been making predictions because the sport that I chose to play is unpredictable. Of course, there are favourites. Everyone knows that.

“It’s always up to me. I believe there are no presents. You should be going after it, you should be creating those opportunities, and aiming big within yourself, sometimes surpass your own abilities. That is something that I enjoy. When I see myself getting beyond that, it is a very beautiful feeling.”

His first big test will come in the fourth round against Italian 15th seed Sinner, who became the latest player to fight back from two sets down in a 4-6 4-6 6-1 6-2 6-0 victory over Hungary’s Marton Fucsovics.

Tsitsipas and Sinner have played each other five times before, including in the quarter-finals here last year, when the Greek won in straight sets.

Sinner, 21, said: “I’m looking forward always for these kind of matches, knowing that he is one of the best players in the world. But I’ve changed a little bit for sure my game. It’s going to be hopefully a good match. We’ll see how it goes this year.”

Mackenzie McDonald was unable to follow up his big victory over Nadal, struggling with an injury himself and resorting to underarm serves in a 7-6 (6) 6-3 6-2 loss to 31st seed Yoshihito Nishioka.

Sixth seed Felix Auger-Aliassime for once made a good start in a 6-1 3-6 6-1 6-4 victory over Francisco Cerundolo while 10th seed Hubert Hurkacz defeated Denis Shapovalov in five sets and Karen Khachanov saw off Frances Tiafoe.