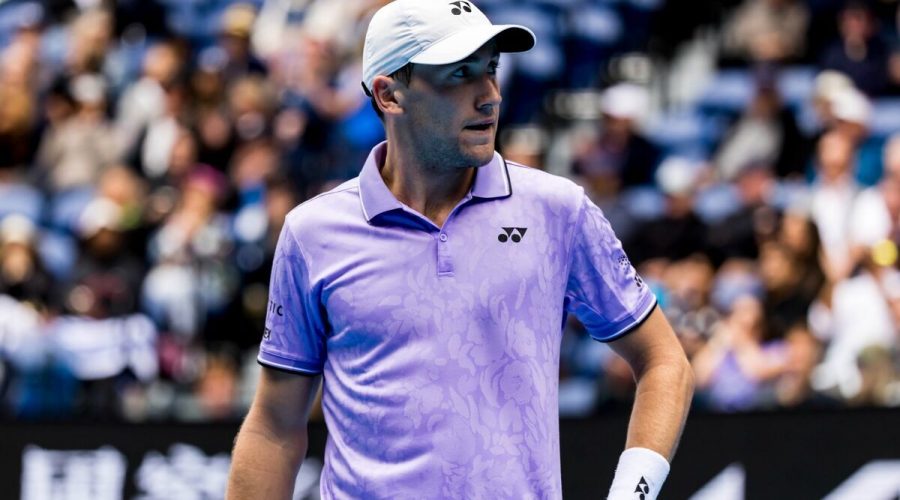 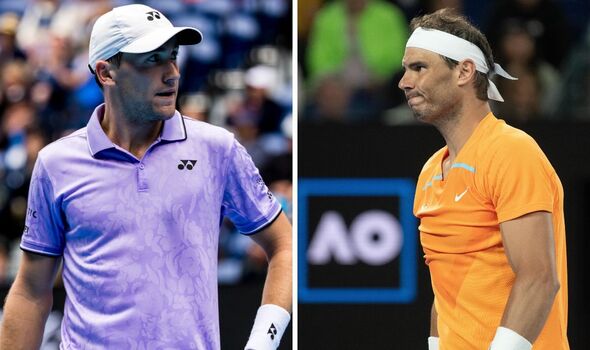 Casper Ruud has confessed that his and Rafael Nadal’s decision to embark on an exhibition tour across South America during the off season may not have been the best idea after the top two seed at the Australian Open crashed out in the second round. The 24-year-old followed Nadal out of Melbourne as he lost to Jenson Brooksby on Thursday after the reigning champion was defeated by another American in Mackenzie McDonald on Wednesday, getting injured halfway through the match.

Ruud became the latest Netflix star and top player to suffer an upset at the Australian Open on Thursday as the highest-ranked player left in the men’s draw was ousted by Brooksby 6-3 7-5 6-7(4) 6-2. The world No 3 reached two Grand Slam finals last year but won just one match in Melbourne before being sent packing by the world No 39, and was quickly questioned about his busy off-season.

The 24-year-old is known for playing a heavy schedule of events and also opted to play a series of exhibition matches across South America with Nadal in November while the Norwegian also opted to play the Mubadala Championship exhibition tournament in Abu Dhabi a few weeks later. While Ruud’s plan was to take his off-season in February, he has now confessed that the South America series could have impacted his and Nadal’s performances.

Asked whether the matches weren’t the best use of his off-season and whether he’d reconsider his plans in the future, Ruud responded: “I’m not sure. I mean, it’s very easy to sit here now and say that was bad for maybe both Rafa and I due to the fact that we lost early here. I don’t know. It’s a good question, and I don’t really have a good answer.”

JUST IN: Aus Open wildcard in tears after upsetting Fritz in front of home fans

But the nine-time title winner wasn’t entirely convinced of the theory as he added: “At the same time, I see no reason why we couldn’t have a good Australian Open or made better results down here. I think it’s coincidental sometimes. You know, I think I have realised that there are, in my eyes, so many players these days that you will have a chance to beat many players on tour, and there’s a chance you will lose to many players on tour.”

Ruud also explained how the exhibition tour impacted his schedule as he was asked whether he was able to take any pre-season at all. “Kind of yes and no,” he said. “I think we left the day after Nitto Finals, and then I got back to Norway I believe December 3rd maybe.

“Then December 5th I believe I left for some holidays for around seven, eight days. I went to the Maldives, and so on the way back I stopped in Abu Dhabi because it’s not that far away. I practised for three, four days there and played the Mubadala tournament.”

While the 24-year-old thought his time in Abu Dhabi wasn’t enough to call it a pre-season, he managed to play two matches and practise with fellow top 15 players in Cameron Norrie, Stefanos Tsisipas and Carlos Alcaraz. But he admitted that he likely wouldn’t repeat the off-season exhibition tour again after his early exit in Melbourne.

“So back to maybe your question, it was maybe not enough to be able to perform well here this year. So it will be considered by me and my team what we will do in December this year, and if this was the right way to prepare for Australian Open or not, who knows,” he continued.

“Maybe it looks like it was not right way, but there are many factors that come into play. I mean, let’s see, but yeah, I have done what I felt was the right preparation but wasn’t able to perform and win as many matches as I hoped here this year.”

January 19, 2023 Tennis Comments Off on Ruud admits he and Nadal may have made same error before Aus Open
NFL News