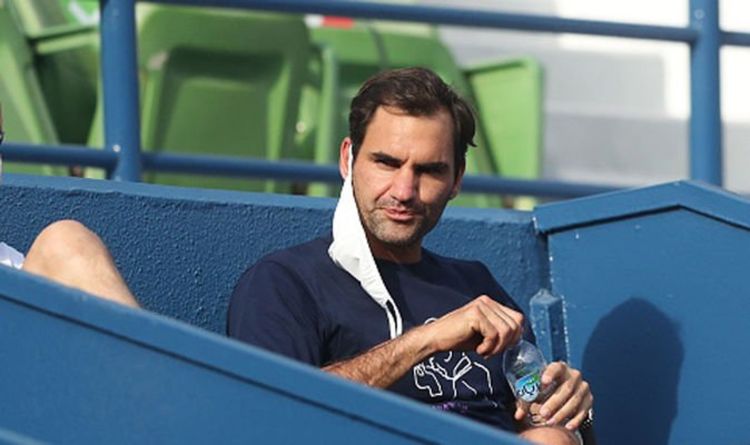 Roger Federer has overcome two arthroscopic surgeries on his right knee and a long rehabilitation programme to put himself back in a position to challenge for another Grand Slam. However, Tommy Haas insists that life will not be easy for the Swiss thanks to Novak Djokovic and Rafael Nadal.

Roger Federer has been fired a warning as he gears up for his return at the Qatar Open on Wednesday following a lengthy injury lay off.

Federer faces Briton Dan Evans in the Round of 16 in Doha, ending a spell of 13 months off the court competitively, having undergone two arthroscopic surgeries on his right knee.

Despite not winning a single title last year, the Swiss is still ranked sixth in the world.

But fierce rivals Novak Djokovic and Rafael Nadal remain at the top of the sport in first and second respectively. 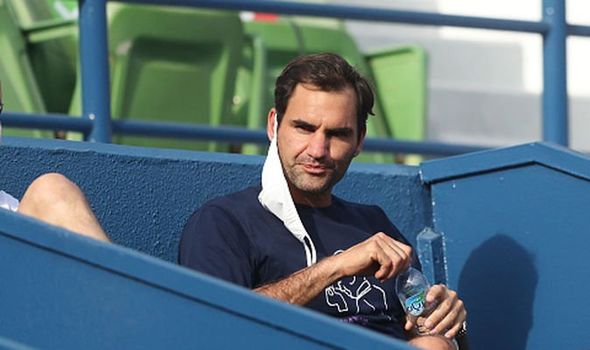 And ahead of his highly anticipated return, former world no. 2 Tommy Haas has warned Federer that he faces “the toughest path” to winning another Grand Slam before he retires.

He told Sportskeeda: “There’s no doubt that Novak Djokovic is playing at an extremely high level, and that makes him tough for anyone to beat. Even with the unfortunate injury, he was still able to walk away with the trophy, and that has to give him a lot of confidence going into Miami – another tournament where he’s had a lot of success over the years.

“It will be interesting to see how the rest of the season shakes out – with Novak Djokovic playing at his best, Roger Federer returning, and of course Rafael Nadal going for yet another title at Roland Garros and looking to pass Federer for most Grand Slams overall. 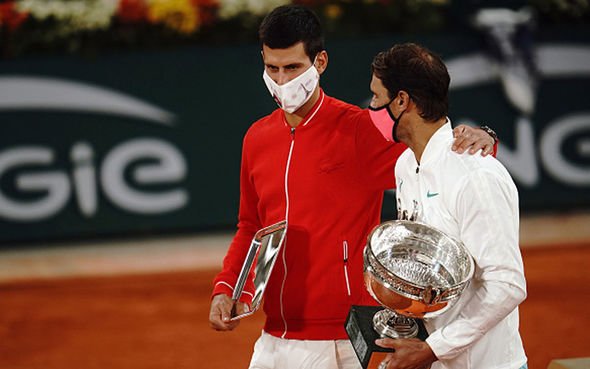 “It’s really impossible to predict how the rest of their respective careers will play out.

“Certainly Roger Federer has the toughest path to winning another Major, but I would never count him out, particularly at Wimbledon.

“Novak Djokovic has time on his side, being the youngest of the three and still playing some of the best tennis of his career. And Rafael Nadal could win French Opens for who knows how many more years?

“We all can’t wait for Roger Federer to be back on tour competing, as I am certain he is very much looking forward to it himself.

“And I think at this point in his career, he wouldn’t get back out there unless he thought he truly had a chance to compete for titles and win.

“I think he’ll be selective about his schedule, but if he is healthy come Wimbledon, the Olympics and the US Open, I would never count him out.”