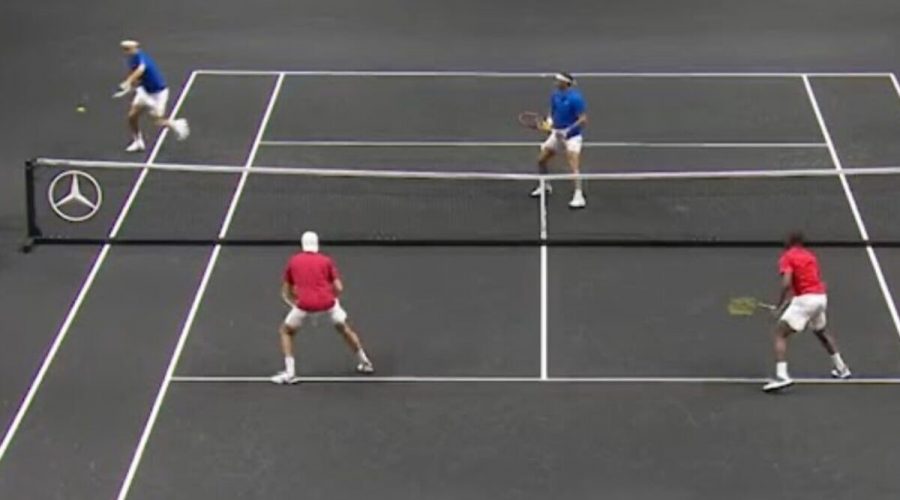 Roger Federer: The fans are the centre of everything

Roger Federer left the Laver Cup commentator stunned after his shot went through the corner of the net in his farewell game alongside Rafael Nadal at the O2 Arena. Both players and fans were perplexed as to what happened and whether the Federer and Nadal duo should have won the point, as their opponents failed to return the shot.

“Even at the end of Roger’s career he has given us something we have never seen before. There’s very few players that could hit that gap though. He has been the inventor, he’s now the archer. Hitting targets that no one else can see.”

Jack Sock and Frances Tiafoe disputed the point as they argued it should go to them, though Sock joked that Federer and Nadal deserved the point if it was intentional. “If he meant it we gonna give the point to him,” he laughed. 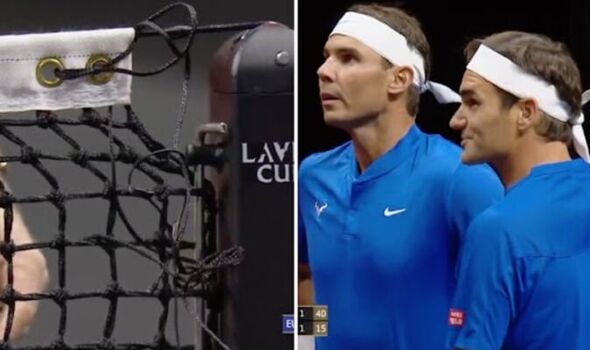 Team World were awarded the point but Federer held serve. The 41-year-old made a joke himself as he said: “But my eye is still good. I saw that it went through.” Novak Djokovic on the sideline was spotted laughing at the end of the set, as Team Europe huddled together to react to the shot.

John McEnroe, captain of Team World led the arguments that despite it was Federer’s final match as a professional that he should not be awarded the point, which the official agreed with. 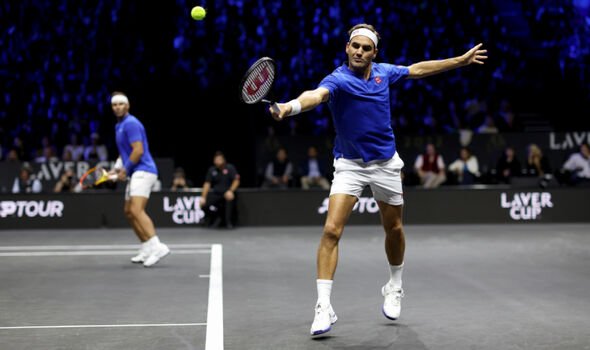 The crowd did jokingly boo when Sock and Tiafoe disputed the point, but as replays rung round the O2 fans could only laugh as they saw Federer hit an near-impossible shot.

The spectators at the London venue had already booed once on Friday, as Alex de Minaur defeated Andy Murray and then claimed he hoped that his team-mates would deny Federer the farewell to the sport he was hoping for with a victory alongside Nadal.