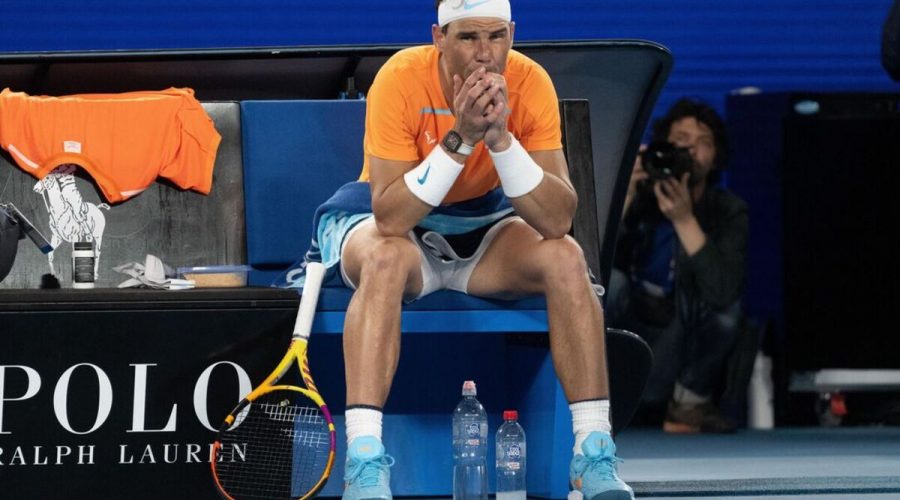 Novak Djokovic jokes about his age at the Australian Open

John McEnroe has revealed what he has heard on the grapevine about Rafael Nadal’s retirement after his early Australian Open exit. More injury woes hampered the start of the Spaniard’s 2023 campaign, causing him to crash out of his title defence in Melbourne in the second round.

American Mackenzie McDonald defeated Nadal 6-4 6-5 7-5 after the latter looked to have suffered a strain in his left hip area while attempting to return a backhand late in the second set.

He battled on with a grimace on his face after a medical time-out but was far from his best as the dream of a record-extending 23rd Grand Slam ended prematurely.

Nadal started 2022 in sensational fashion, lifting the Australian Open and French Open, but an injury forced a Wimbledon withdrawal, and he struggled to regain his form.

His latest injury-impacted exit has fuelled the latest wave of retirement rumours, but McEnroe doesn’t think the 36-year-old is done yet.

The American icon reminded that Nadal was last year’s Player of the Year and claimed he has a suspicion he still wants to get back to winning majors.

He said: “I don’t think he will play for long if he doesn’t think he can still win majors.

“It’s not for me to say when a player should retire, but let’s say this; Nadal won the Australian Open and the French Open last year. He was named as Player of the Year. That was only last year.

“The second half of the year, he had issues with injuries and became a father, and I think his priorities shifted a little. That doesn’t mean he doesn’t want to play.

DON’T MISS: Djokovic and Tsitsipas receive Alcaraz message amid bid to snatch No 1

“From what I hear, he wants to play, and God bless him if he does. He has been great for our game, and we’ll have to wait and see.”

Nadal has suggested that he may not be capable of playing at the highest level for much longer, sparking expectations that he will join Roger Federer as the generation’s latest hero to call time on his career.

He is set to be out for up to eight weeks after his latest setback, potentially causing him to miss the Indian Wells and Miami Masters tournaments.