Rafael Nadal made it 1,001 ATP Tour wins on Thursday after the Spaniard beat Jordan Thompson to make it through to the quarter-finals of the Rolex Paris Masters.

A day after becoming the fourth player in the Open Era to record 1,000 tour-level wins, Nadal resumed his pursuit of a maiden Paris-Bercy title.

“So, yeah, quarter-finals, that’s the most important thing for me. I’m happy.” 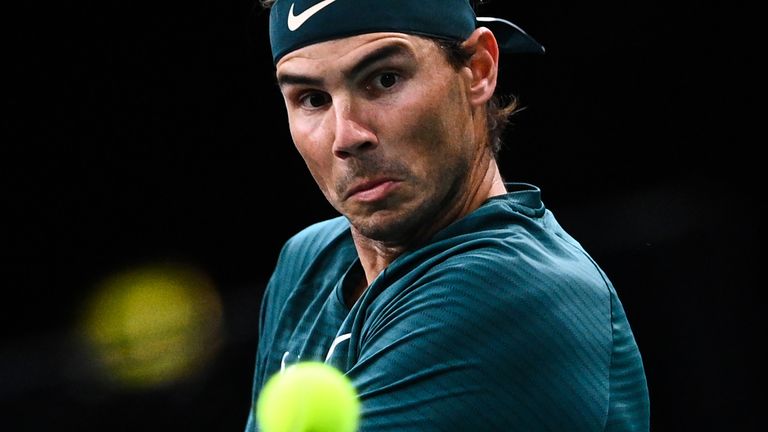 Nadal will take on his compatriot Pablo Carreno Busta on Friday after the ninth seed defeated Slovak Norbert Gombos 7-5 6-2.

“It’s normal that in quarter-finals I face a very tough opponent like him,” said Nadal. “We are in a Masters 1000, the best players are here. So I can’t expect another thing, no?

He added: “I think I am not doing a lot of things bad. I just didn’t play indoors for a year almost, and is part of the process of course. I need to keep going. I think these kind of matches helps. Yesterday’s match, today’s, tomorrow another opportunity.” Diego Schwartzman is one win away from claiming the final singles spot at the O2 Arena in London.

The Argentinian defeated Alejandro Davidovich Fokina 6-1 6-1 to reach the quarter-finals in Paris and can only be denied if Spain’s Carreno Busta wins the title.

He will next face Russia’s Daniil Medvedev, who came back from a set down to beat Australia’s Alex de Minaur 5-7 6-2 6-2 in just under two hours.

“I watched his match and Diego played really well,” Medvedev said of Schwartzman, who has finished runner-up at three ATP tournaments this season.

“I think he made five unforced errors and was returning a lot of balls in the court. He served pretty well and it will be a really tough match, because he has been on fire this year.”

November 5, 2020 Tennis Comments Off on Rafael Nadal makes it through to the Rolex Paris Masters quarter-finals
NFL News