Rafael Nadal has declared he feels sorry for Andrey Rublev after beating the Russian in straight sets in his ATP Finals opener, paying tribute to his opponent’s fantastic season. In truth, this was an easy night’s work for the Spaniard, who made no mistake to get off the mark in style.

Rublev earned the chance to play against the best of the best after winning five ATP titles this season.

Earlier this month he became the first player in this shortened season to secure five titles, one more than Novak Djokovic.

Nadal was keen to lay on record just how impressed he has been by Rublev, claiming he felt bad to end his hot streak.

He told Amazon: “It’s a positive start for me, the first match is always very tricky. 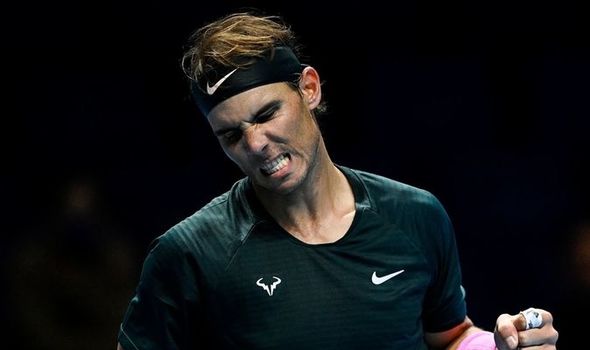 “Here, every match is difficult because you play against the best of the best.

“It’s a very positive start for me. I feel sorry for Rublev but I wish him all the best for the rest of the tournament.

“He had an amazing season even in difficult circumstances, he was able to win a lot of titles.

“So this is an important victory for me.”

Nadal returns to action on Tuesday afternoon when he takes on Dominic Thiem.

The 34-year-old was clearly chuffed with his start at the O2 Arena, following a challenging indoor season last time around.

In 2019, he failed to make the semi-final shortly after taking some time out to recover from his injury in Paris.

Now he’s looking forward to build on his promising start, adding: “I just went on court with the determination to try and play my game. 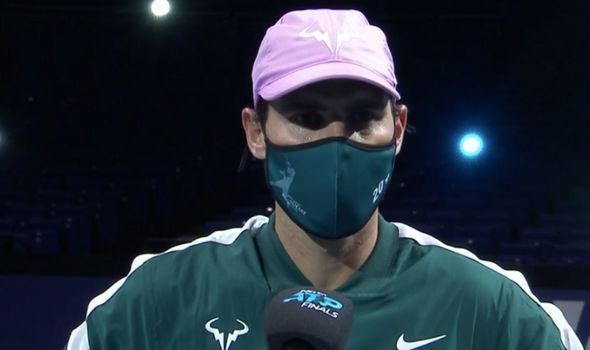 “My serve worked very well tonight and that was a big help.

“I had my few chances and I converted, so that’s the way that the game is played indoors.

“Very pleased with the victory and I know it changes the perspective of the tournament.

“I know I have a super difficult game with Dominic [Thiem] now but I have a victory with two sets which helps me.”