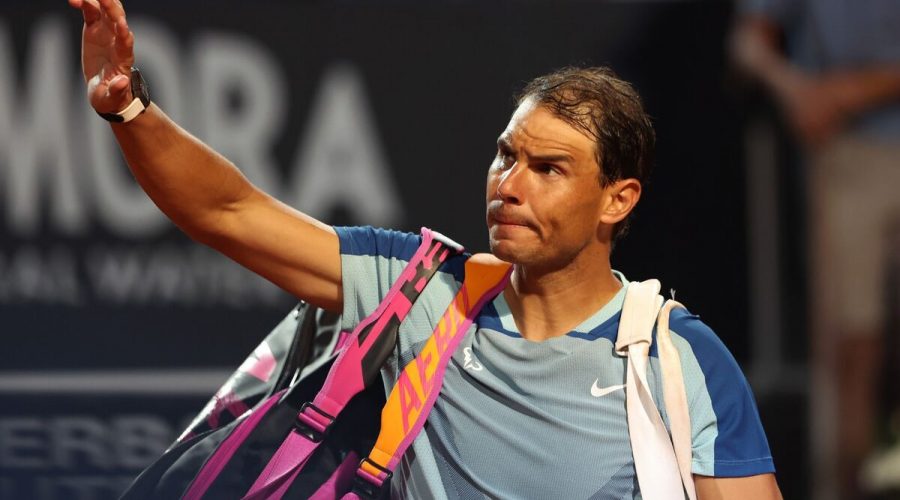 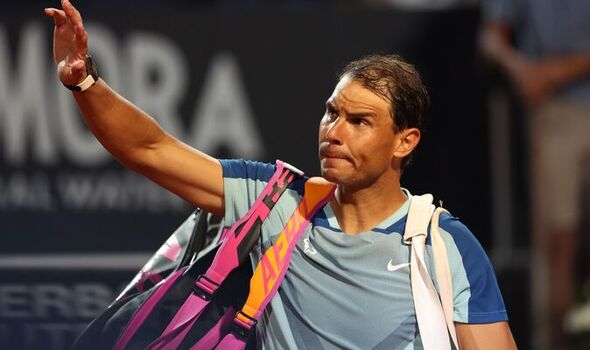 Rafael Nadal has dispelled retirement fears after raising concerns for his future when he suffered an injury scare at the Italian Open. The world No 4’s chronic foot injury flared up as he suffered a three-set defeat to Denis Shapovalov in Thursday’s third-round match and he later admitted there would be a time when the issue will be too much for him to continue playing tennis.

Nadal made some concerning comments after his 1-6 7-5 6-2 loss to Shapovalov on Thursday, with his chronic foot injury once again troubling him after it forced him to miss the last six months of the 2021 season.  “The moment will come when my mind will tell me ‘stop’ because pain prevents me from being happy. Not only for tennis, but for my everyday life,” the 35-year-old admitted shortly after.

Having sparked retirement fears, the 21-time Grand Slam champion then took to Instagram to admit he would be back in Rome next year, meaning retirement was still more than 12 months away at the very least. “Ciao Roma! Thank you for everything!!! See you next year!” he wrote alongside a photo of himself from his third-round loss.

The 35-year-old is now hoping to recover in time for the French Open, starting in just over a week, and admitted a record 14th title in Paris was “still the goal” despite his setback. He added: “[It’s] in a week and a couple of days and I’m gonna keep dreaming about that goal.”

JUST IN: Djokovic disappointed despite Rome win as he seeks 1000th victory

Nadal will be travelling with a doctor to ensure himself the best possible chance at the upcoming clay-court Grand Slam. “It’s true that during the French Open, Roland Garros, I’m going to have my doctor there with me. That sometimes helps because you can do things.” he said.

The world No 4 has been suffering with Mueller-Weiss Syndrome throughout his career, first feeling a problem with his foot at the 2005 Madrid Masters, so he is well versed in mounting a comeback from the chronic foot injury. It forced him to sit out the back-end of last season as he underwent a medical procedure.

Nadal then returned in January, surprising even himself by winning a record 21st Grand Slam title at the Australian Open, 13 years after he had last won the tournament. He also picked up titles in Melbourne and Acapulco before getting injured in Indian Wells, where he reached the final.

This time it was a rib injury that sidelined the Spaniard for six weeks, and he was disappointed to be hindered by the foot so soon after his comeback. “I started the season great, then happened the rib,” he said after losing to Shapovalov. “Since I came back, the foot have been tough, being honest, no?”

May 14, 2022 Tennis Comments Off on Rafael Nadal dispels retirement fears despite comments on future after injury scare
NFL News