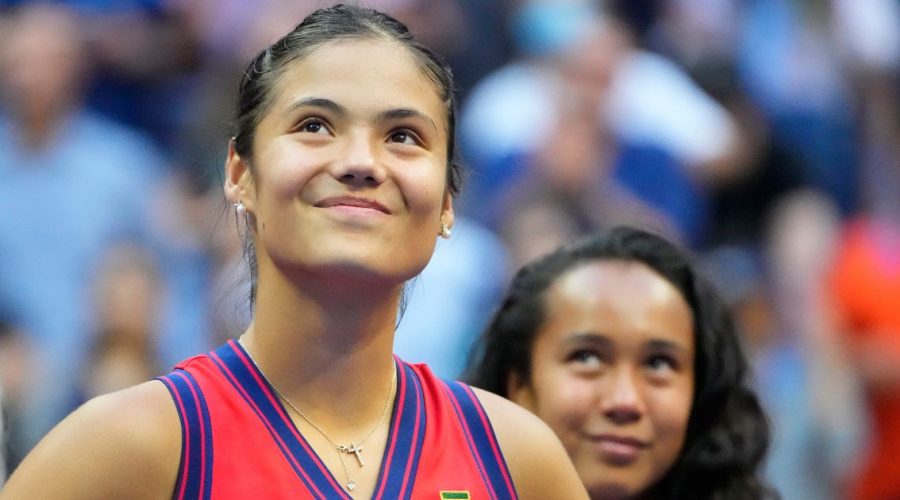 At a moment when you feel like you should have a million words to describe Raducanu’s achievement of winning the US Open at 18 years old, without losing a set all tournament and as the first qualifier, man or woman, to ever win a grand slam; and the first British woman to win a grand slam title since Virginia Wade’s Wimbledon victory in 1977 – I am just blown away!

It is undoubtedly one of the greatest sporting achievements in British history.

She really does have it all – an immense talent and a marketing dream.

The calmness in which she spoke at the end of the final should terrify her opponents – she is absolutely at home winning a grand slam. And at just 18 years old Raducanu represents something astronomical for British tennis.

She is its present, future and anything else you can squeeze in!

Winning majors is massive but Raducanu’s age, freshness, look and style can make tennis ‘cool’ in a very crowded sports market. Put simply, young girls will want to be Emma Raducanu and that is very special.

For many of us, it feels like Raducanu’s rapid rise has been completely unexpected, but some people have been sounding the alarm for a while.

In fact, Andy Murray’s father-in-law, Nigel Sears, a top international coach who was Raducanu’s trainer until after Wimbledon this year; and a man apparently reserved in praise, said about her, ‘quite frankly, I think the sky’s the limit’.

I do offer a word of caution though. Raducanu is still so young and everything I have described above is amazing, but it also means she could carry an enormous amount of pressure.

We have to be careful that she doesn’t feel that burden of expectation and suffer in a similar manner to her US counterpart, Naomi Osaka.

She needs good people around her who she can trust to keep her life as simple as possible. Everyone will want a part of her, and her life has changed forever but she will need protection from everything getting too crazy.

Tennis is her love, passion and happy place – it needs to stay that way for her. Raducanu is a young woman who will start living an extraordinary life but just like all 18 year olds, she will need some ordinary things in her life as well.

I love seeing the rise of all British sportspeople but always feel an extra buzz when it is a woman.

I know how many young girls Raducanu will inspire in this country, whether in or out of tennis, and that is so powerful. It pains me to think of the number of girls who give up sport because it doesn’t fit with being ‘cool’.

Raducanu breaks that mould – a hugely talented, strong and good-looking woman dominating on the world stage.

This was a moment in British sporting history that few of us will ever forget.

September 13, 2021 Tennis Comments Off on Raducanu’s rise is absolutely remarkable – now it is our duty to protect her
NFL News