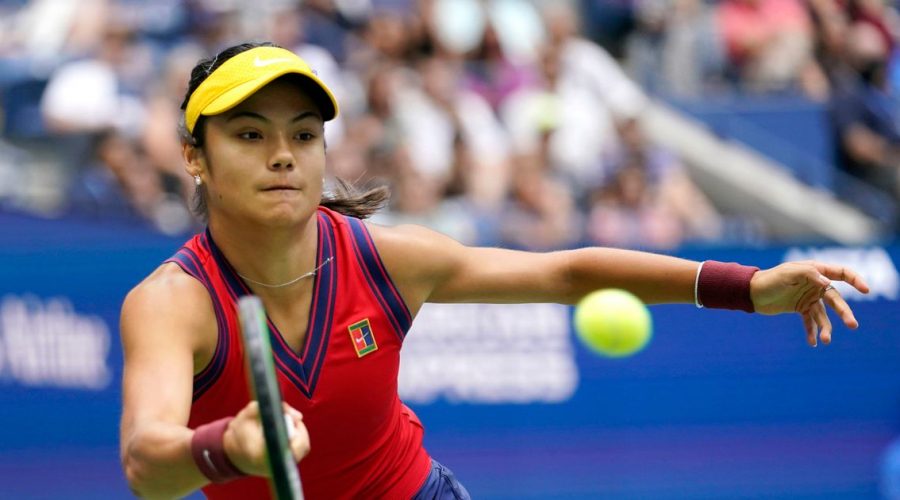 Emma Raducanu has been on a remarkable journey in just a matter of months to overcome her Wimbledon disappointment and triumph at the US Open.

The 18-year-old stormed her way to a first Grand Slam title in New York with a 6-4 6-3 win over Leylah Fernandez in Saturday's final at the Arthur Ashe Stadium.

And she done so without dropping a single set throughout the whole tournament – including through qualifying.

Raducanu's win makes her the first British female to claim a Grand Slam in 44 years, and it comes just a few months after she burst onto the scene at Wimbledon.

But while her rise has been meteoric, one person who was not surprised at her route to the top is her former youth coach, Simon Dahdi.

Dahdi taught Raducanu from the age of eight through to 11 after spotting her obvious talent while working for the Lawn Tennis Association in Kent, where she lived.

"It was obvious even then how talented she was. She showed athleticism, concentration. Good technique. Good understanding of the game tactically. She was very impressive from a very young age," Dahdi told The Mail.

"You get a lot of kids who are very competitive. She was very shy too but she disguised it well."

The pair worked together at Bromley Tennis Camp, from which Raducanu then went on to compete in matches internationally that were organised by the LTA especially for their rising stars.

Dahdi explained how Raducanu – who was born in Canada to Romanian and Chinese parents before moving to the UK – was never late for sessions and had clearly been raised with discipline engrained in her.

He added that her parents, Ian and Renee, gave their daughter every support in her endeavours and were well researched on the path she should be taking in her development.

But for Raducanu, what was obvious to Dahdi was her intelligence and attentiveness even from a young age.

"The interesting thing was that she really held eye contact. She was really interested in what you had to say," he continued. "Really wanted to work on what you were saying. Some children at that age, they kind of lose their attention and look around. She was hanging on to every word."

Raducanu's story has now taken her from those sessions in Bromley to the top of the game and the centre of attention worldwide.

Another former coach, Nigel Sears – who is Andy Murray's father in-law, reflected on the day she turned pro back in 2018 and claims he knew she was destined for the top.

"Knowing how good she is and how smart she is, I said to her, ‘OK, Emma, you’re going to turn professional now.”

Having been forced to withdraw in the fourth round at Wimbledon due to breathing difficulties, Raducanu showed incredible determination to see out her victory, even after missing two Championship points as Fernandez looked to be pulling the game back.

A short break due to a cut on her left knee seemed to give Raducanu the chance to compose herself, and she sealed her US Open victory with a fierce serve – something she had worked on heavily with Dahdi whilst still a junior.

Raducanu was delighted to land her great achievement, telling Tim Henman on court after the match: "It means everything to hold this trophy and I don't want to let go right now!"

Her win has attracted attention from all corners, with the Queen even sending her a personal message.

"I send my congratulations to you on your success in winning the United States Open Tennis Championships," said the monarch in a message on the Royal Family website.

"It is a remarkable achievement at such a young age, and is testament to your hard work and dedication.

"I have no doubt your outstanding performance, and that of your opponent Leylah Fernandez, will inspire the next generation of tennis players."

The Duke and Duchess of Cambridge tweeted: "Huge congratulations @EmmaRaducanu on your stunning performances and historic Grand Slam victory! Incredible –we are all so proud of you."

September 12, 2021 Tennis Comments Off on Raducanu’s ex-coach explains how her talent stood out at just eight years old
NFL News