First Naomi Osaka became a champion for social justice and then last night she became, once again, the champion of the US Open.

Her campaigning for victims of police violence seems, if anything, to have boosted her tennis and she staged a storming comeback to defeat fellow former world number one Victoria Azarenka 1-6, 6-3, 6-3 in the final.

An activist with distinctly capitalist leanings, she now adds the $3 million purse to her lucrative portfolio of corporate endorsements that come from being Asia’s only three-time Major winner. 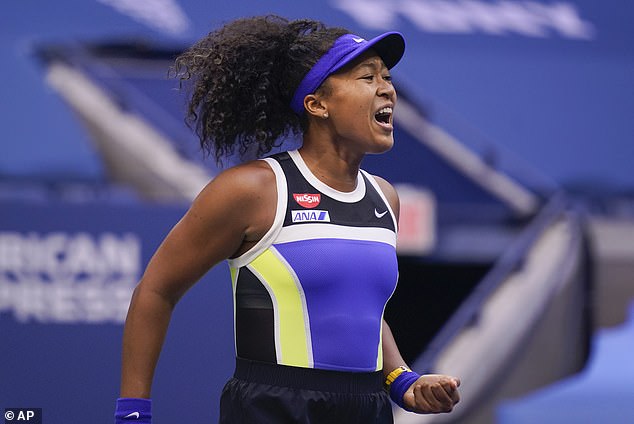 The 23 year-old, Japanese-born and American-bred, gradually broke down her opponent’s forehand and brought her power to the fore as the match wore on. At what was dubbed the Mother of all Grand Slams, she denied the last remaining parent the title.

‘I didn’t really enjoy that, it was a really tough match,’ said Osaka, who had a powerful motivation for turning the match round. ‘I thought it would be really embarrassing to lose in under an hour so I thought I had to stop having a bad attitude.’

Six of the top ten not travelling to New York was a bad start for the women’s event, but this was a great finish.

Osaka walked out on court wearing the last of her seven masks bearing the names of Americans who have died at the hands of the police. This one was a memorial to Tamir Rice, a 12 year-old from Cleveland. 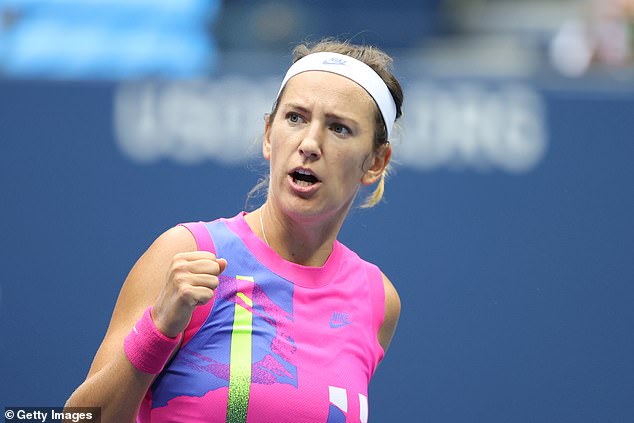 ‘I feel like the point is to start people talking,’ she said of her campaigning of recent weeks.

The specific match-up between these two would feature the outstanding serve of Osaka versus the punishing returns of Azarenka.

The Belarusian gave early notice of the challenge she would pose by breaking in the first game, helped by an edgy double fault.

Azarenka, who hits the ball with a high pitched yelp that echoed round the stadium, had begun slowly in her semi-final against Serena Williams but leapt out of the blocks this time, neutralising the power of her opponent. 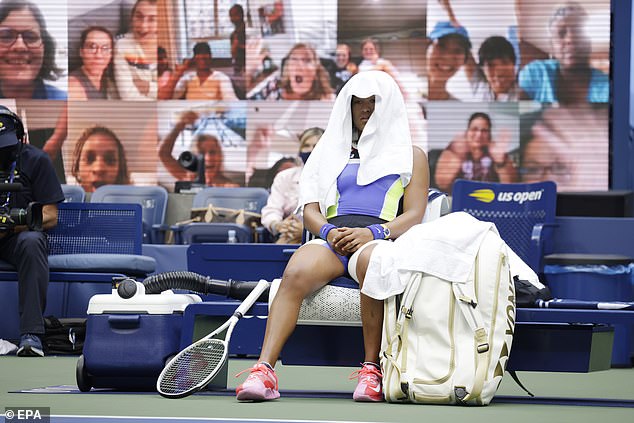 The penetration of Azarenka’s groundstrokes was such that Osaka was struggling to get into position to deliver her easy power, and as the unforced errors racked up she was broken for a second time for 4-1. In the next game the increasingly rattled favourite forced a half chance, and when she failed to take it she angrily threw down her racket.

A worried look spread across the face of the Japanese’s Belgian coach Wim Fissette. Having worked with Azarenka previously (and Britain’s Jo Konta before that) he knew the dangers.

The Belarusian refused to let up after taking the first set in 26 minutes, which saw her win all her points on second serve.

Only when Azarenka hit a forehand long on the first break point she faced at 6-1 2-0 did the world number nine establish any kind of bridgehead. 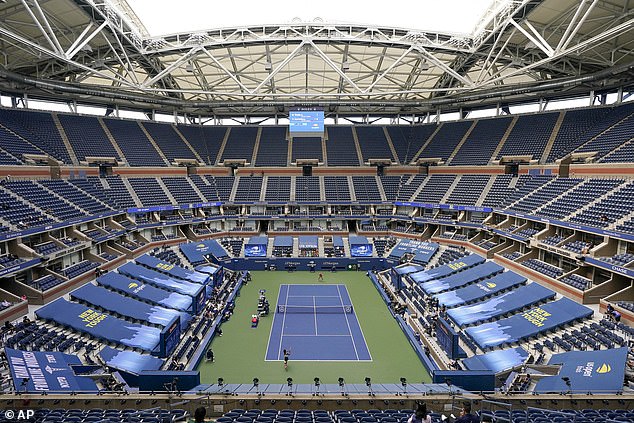 The confidence visibly seeped back into her and the serve began to finally ramp up. Azarenka’s first wobble came when she played an error-strewn game to be broken for 3-4. The damage was compounded when she was broken again to lose the set.

Proceedings were going along at such a lick that Osaka winning seven out of eight games seemed to happen in the blink of an eye.

The action was coming fast and furious but it was the younger player exuding all the calm and she broke, helped by a double fault, for 3-1 in the decider.

She had a break point at 4-1 but Azarenka was not done, and she pulled back for 3-4 only for the Japanese player to surge again, chased all the way to the finish line.