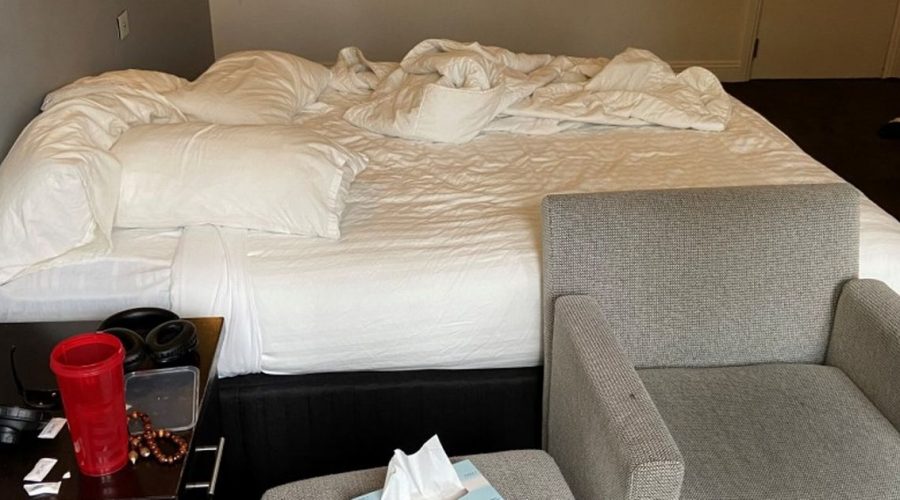 Novak Djokovic is an annual visitor to Melbourne, but the city will currently feel like anything but home to the Serb as he remains confined to a hotel in Carlton.

And the establishment is a far cry from the five-star treatment the world no 1 is accustomed to, with the establishment's reputation plagued by allegations of tiny bedrooms and inadequate food.

Indeed, Djokovic's ordeal has raised awareness of the plight regularly faced by refugees in the same building, with the place being used as a makeshift immigration detention facility. It's also being used to quarantine travellers who have tested positive for COVID-19.

Less than three miles away from the luxurious hotels that signify Melbourne, the Park Hotel is anything but uplifting to look at – a grey five-storey building with locked windows, and located in an inner city suburb.

One resident is Iranian Hossein Latifi, a 32-year-old Iranian who was detained on Nauru in 2013, and he has shared harrowing images of the meals served by staff – as well as the modest set-up of bedrooms.

"We are stuck in our room. There is no fresh air. We don't have any place for training. There is no gym here. It's very hard," he told reporters.

And to make matters worse for Djokovic, there's an intimidating presence outside the hotel with armed police guarding the accommodation across the road.

Furthermore, there are chaotic scenes outside Djokovic's quarantine hotel at present, with protests continuing outside the Park Hotel.

While many protestors have gathered outside the hotel to show their support for the world No 1, there are also detractors arguing the refugees detained should be freed before the tennis star.

But Djokovic won't be staying as long as Latifi, with the Serb set to find out on Monday if a challenge from his legal team to prevent him being deported has been successful.

Another long-term Iranian guest, Adnan Choopani, was first detained nine years ago when he was 15 has also savaged the food on offer.

"It's such low quality and we've also been served with maggots and mould in our bread," he alleged.

The presence of Djokovic at the hotel has proved divisive, with a number of his supporters having camped outside his hotel, protesting for the 20-time Grand Slam champion to be freed and permitted to defend his Australian Open title.

However, on the contrary there's been no shortage of refugee rights activists gathering as well to vociferously plea that it's the freedom of asylum seekers, and not a multi-million pound tennis star, that should be prioritised.

At a press conference in Belgrade, his mother Dijana Djokovic revealed her son had been unable to sleep on his first night at the hotel : "They are keeping him like a prisoner, it's just not fair, it's not human," she said.

"I hope he will stay strong as we are also trying, to give him some energy to keep going."