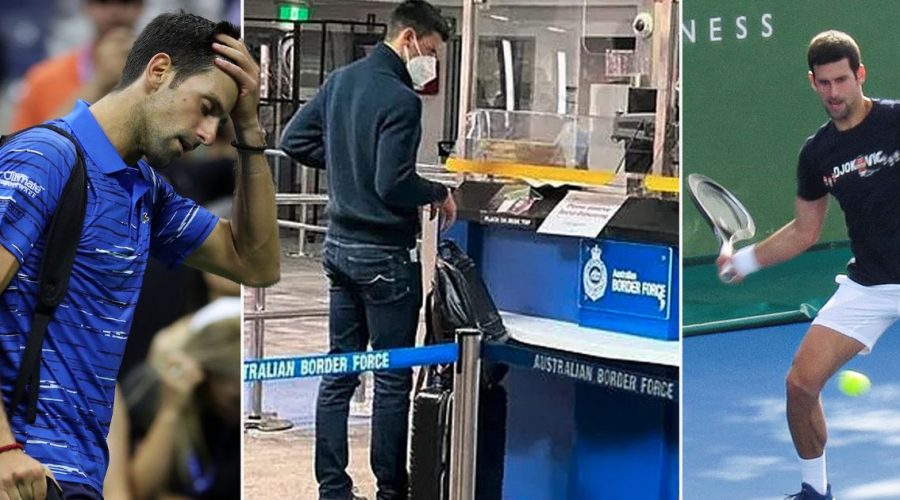 Australia is no longer the only country investigating Novak Djokovic for a potential breach of Covid-19 travel regulations after Spanish authorities also ordered a probe into his recent trip to Marbella.

The world No 1 remains in limbo regarding his participation in this year's Australian Open —which begins on Monday—having travelled to Melbourne on January 6 without meeting the necessary criteria.

Unvaccinated Djokovic, 34, won an appeal after having his visa revoked because he did not meet Australia's requirements for a medical exemption entering the country, but he could still face deportation.

Counts against the Serb have since turned more serious, however, amid claims he could face five years in jail for lying on his visa application and socialising with others while infected with Covid.

Djokovic is believed to have attended a string of PR events—including an awards presentation for Serbia's elite tennis youth and an interview with French newspaper L'Equipe —after testing positive.

Journalist Franck Ramella conducted his interview with 'Nole' on December 18, two days after it's understood Djokovic tested positive for the virus and one day after he was seen taking photos with dozens of children.

The tennis superstar has since taken to Instagram and conceded he should have called off the meeting with L'Equipe : “While I went home after the interview to isolate for the required period, on reflection, this was an error of judgement and I accept that I should have rescheduled this commitment.”

Do you think Novak Djokovic should be allowed to play at the Australian Open? Let us know in the comments section.

The nine-time Australian Open champion is already in hot water for declaring he had not travelled anywhere else in the 14 days prior to arriving in Melbourne, having spent the Christmas period in Belgrade.

But social media posts from early January appear to prove he was training in Marbella just days prior to arriving in Melbourne.

Although verifying the dates and times when certain photos were captured can often be complicated, Reuters reported eyewitnesses placed Djokovic in his native Belgrade on December 24.

Another contended a video posted on social media that showed Djokovic in Belgrade was recorded on December 25.

Provided those accounts are true, it would mean the 20-time Grand Slam winner was in breach of travel regulations and did indeed lie on his Australia Travel Declaration.

If those details aren't sufficient for Australian authorities to follow through with their decision to deport Djokovic, his interceding trip to Spain might prove to be the proverbial nail in the coffin.

As if his recent debacle attempting to enter Australia wasn't enough controversy, Djokovic may soon be forced to answer further questions from Spanish authorities as the charges pile against tennis' top talent.