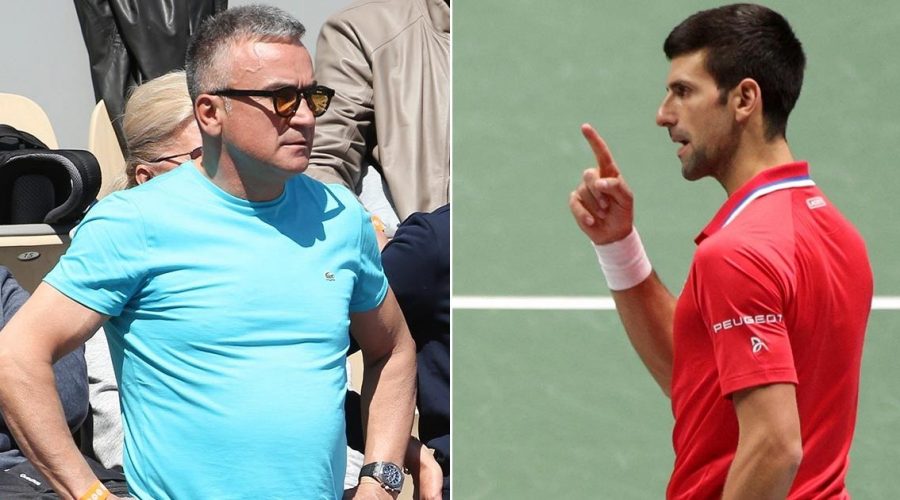 The father of Novak Djokovic has slammed the "injustice, colonialism and hypocrisy" he claims has led to his son being detained in Australia.

Djokovic, 34, ended months of speculation this week when he announced he would be participating in the Australian Open, the first Grand Slam event of 2022, having gained a medical exemption from organisers.

However, on Wednesday came a bizarre twist when he arrived at Melbourne Airport only to have his visa revoked by border officials, who then interrogated the star for several hours over perceived problems with his submitted paperwork.

It was then announced that Djokovic would be deported on Thursday, but his legal team have appealed against the decision in a bid to stop him being returned home.

The outcome of that appeal is now due on Monday, with Djokovic to remain detained in a hotel in Victoria until then.

During his airport ordeal, his father Srdjan had told a Serbian radio station his son was being held in an isolated room, guarded by police, and his mobile phone had been confiscated from him.

“If they don’t let him go in half an hour, we will gather on the street, this is a fight for everybody.”

And he wasn't done there, later responding to news his son had been denied his visa with an explosive statement to Serbian media outlets.

“Tonight they can throw him in a dungeon, tomorrow they can put him in chains.

"The truth is he is like water and water paves its own path. Novak is the Spartacus of the new world which won’t tolerate injustice, colonialism and hypocrisy.”

Djokovic Snr, 61, had previously accused tournament organisers of "blackmail" by making it mandatory for his son, and other players, to be double-vaccinated against Covid in order to compete at Melbourne Park.

However, despite supporters gathering outside his hotel, public sympathy for the 20-time Grand Slam champion has been in short supply, with Australian residents furious at the original decision to grant him an exemption.

Rafael Nadal has also said that Djokovic had the choice to be vaccinated and compete in the Australian Open, and had to accept the consequences of ignoring medical advice.