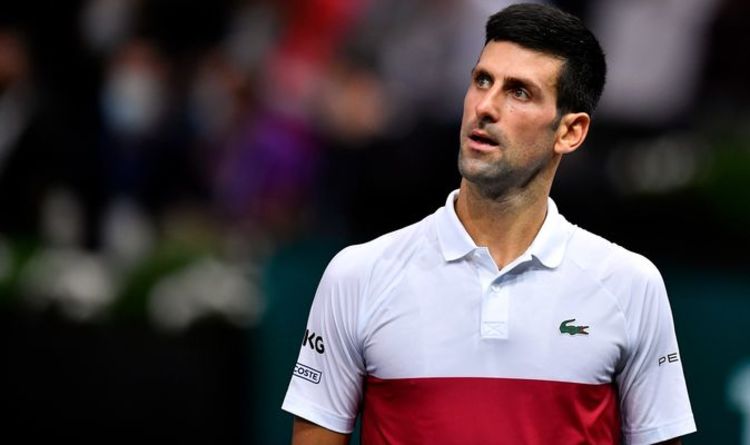 Novak Djokovic will spend Saturday in detention after having his visa cancelled on Friday. During an ongoing directions hearing, representatives for the world No 1 and the Immigration Minister confirmed the Serb would not be detained on Friday night, but would be in detention following an interview at the Immigration office at 8am on Saturday. Both representatives have also agreed to a Sunday appeal hearing, and Djokovic is expected to spend the night in a detention hotel ahead of the hearing.

The world No 1 already had his visa revoked when arriving in Melbourne last week, but it was reinstated on Monday following an appeal hearing presided over by Judge Anthony Kelly, who ruled on the grounds of “procedural fairness” as the federal government conceded they treated Djokovic unfairly at the border.

Judge Kelly is now presiding over a directions hearing between Djokovic and Alex Hawke’s representatives, to determine the next steps of the case.

The Serb’s lawyers declared that they would be ready to formally file for an appeal within the hour, and proposed a timetable in which they would file final submissions by 12pm AEDT on Saturday, with the Minister’s representatives filing theirs by 10pm.

It would make way for an appeal hearing on Sunday, in time for the Australian Open which begins on Monday.

Stephen Lloyd, representing the Immigration Minister, agreed to the terms but noted that the 20-time Major champion would have to return to detention from Saturday.

He will not be detained on Friday night and will continue to stay at his current accommodation overnight, on the grounds that he attends an interview at Immigration offices at 8am on Saturday.

Mr Lloyd then said that Djokovic would be detained at the conclusion of the interview, but said he could spend the day in his lawyers’ offices as long as Australian Border Force officials were present on the same floor of the building, which is classed as valid detainment.

But the world No 1 would then spend the night in a detention hotel on Saturday before returning to his lawyers’ offices for the hearing on Sunday.

Stephen Lloyd also agreed that the Immigration Minister would not seek to deport Djokovic until legal proceedings were complete, allowing the 34-year-old to stay in the country until at least Sunday, depending on the decision made at the hearing.

Djokovic was kept at the Park Hotel in Melbourne last weekend while awaiting his initial appeal hearing, and would likely return to the hotel which also houses asylum seekers – some of whom have been in detention for nine years.

His mother slammed the hotel when he was last kept there, saying her son was treated like a “prisoner” while staying there, and calling the accommodation “dirty”.

January 14, 2022 Tennis Comments Off on Novak Djokovic to spend another night in detention as legal hearing date set
NFL News