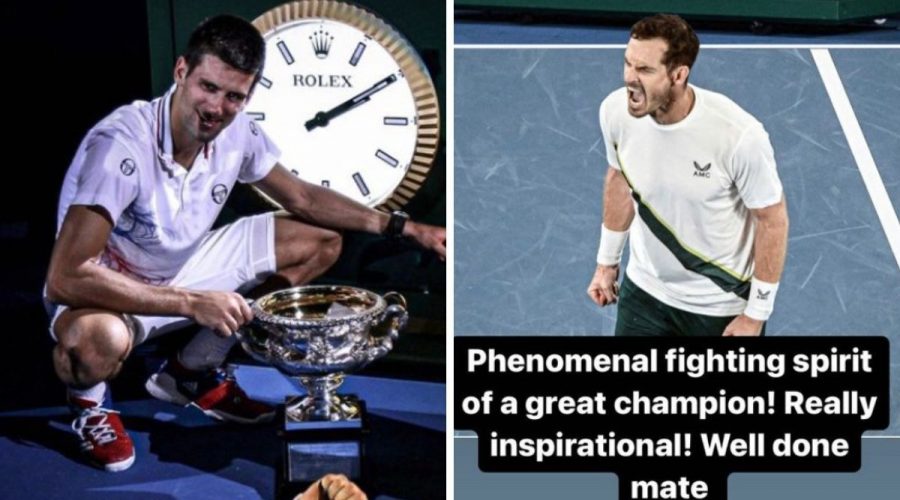 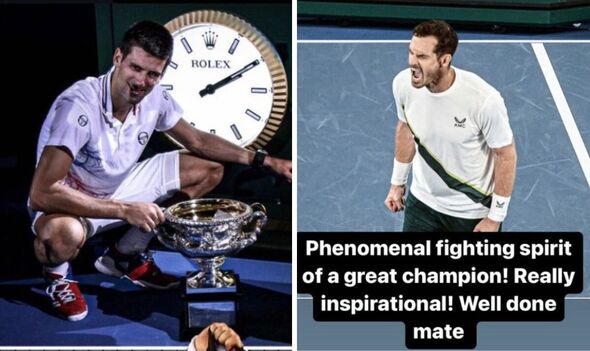 Novak Djokovic has lavished praise on Andy Murray, labelling him as a “great champion” for his historic fightback against Thanasi Kokkinakis late into the night on Thursday – although he was happy to keep his Australian Open record for the longest match ever played at Melbourne Park. Murray has become synonymous with five-set thrillers in his career and his triumph over Kokkinakis was arguably the pick of the lot.

At 35 years of age and playing with a metal hip – just a few years after he thought he’d have to retire from the sport – Murray came from two sets and a break down to record a famous victory. He now holds the record for most singles wins having trailed two sets to love with the triumph over Kokkinakis being the 11th time Murray had achieved that feat.

The former British No 1 also came close to taking another record on the night as the match closed in on the six-hour mark. He had already surpassed his own personal record for the longest match he’d played in his career.

Murray and Kokkinakis missed out on breaking that record by just eight minutes. Djokovic woke up to the news of Murray’s win on Friday morning and paid credit to his long-term rival on social media.

He then added a photo of his own triumph in Melbourne back in 2012, standing next to the game clock which read five hours and 53 minutes, jokingly writing: “You just fell short of eight mins. Sorry mate!” The Serbian tennis icon also shared some words for the heartbroken Kokkinakis, writing: “Amazing effort. You are a warrior!”

The match finished past 4am in the early hours of Friday morning and it appears as though Murray didn’t get back to bed until much later. Stefanos Tsitsipas had seemingly gotten up early in preparation for his third-round match against Tallon Griekspoor.

And the No 3 seed was left amazed that he had bumped into Murray with the Brit not even going to bed yet. “Well, it is no fun for Andy,” Tsitsipas said with a smile.

“I saw him today before my match and I was thinking to myself ‘what is he doing here?!’ That’s the nature of it, what can you do? He started it at a reasonable time, I would say, there is a rule in place, they didn’t break any rules, the match started at 10 o’clock. Yeah, Kokkinakis made it long; Murray made it long too.

“I think tennis likes this kind of matches because there is a story behind them – there is a great story behind this match and it’s going to be remembered. I do remember very vividly the match [Marcos] Baghdatis played with [Lleyton] Hewitt, it’s somewhere back inside my mind somewhere. I do remember this moment, it’s a very magical moment, for sure. Not for the one who loses because it’s painful, and on one side it’s painful, on the other it is pretty good because you don’t have to deal with the jet lag coming back to Europe, which helps.”