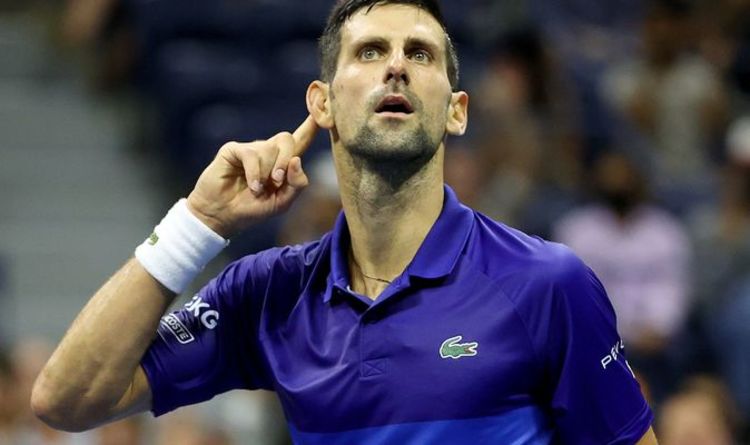 The controversy surrounding Novak Djokovic has taken another twist with the Serbian set to be deported back from Australia. In an extraordinary twist of events, the 34-year-old arrived at Melbourne Airport in the early hours of Thursday morning only to have his visa dramatically revoked.

Djokovic was then held in the airport and grilled for several hours by border officials before it was announced he had not met entry rules and would be deported. A flight is currently being arranged to fly him out on Thursday.

He has been taken to a government detention hotel while his lawyers have launched an urgent appeal in court for an injunction to halt the process.

After months of speculation over his anti-vaccination stance, with the player refusing to publicly reveal if he had received the jabs, it appeared the world no 1 would be defending his Australian Open title when he announced via Instagram that he had been given a medical exemption to compete.

Not only did the development confirm the widespread assumption that the Serbian has not taken the vaccine, but it prompted fury from fans and residents in Victoria who perceived the exemption as special treatment.

However Scott Morrison, Prime Minister of Australia, warned that he would still need to prove his exemption – seemingly provided to Djokovic on the basis he has had Covid-19 in the past six months – when he landed down under.

Djokovic was not the only played to apply for an exemption however, with tournament organisers receiving 26 applications, although thus far they have declined to confirm how many players were successful in obtaining one.

And now Ossian Shine, Global Sports Editor for Reuters, has unveiled another potential huge twist in the bizarre saga.

“The visa Novak Djokovic was using to gain entry to Australia was the same one used by three other tennis players already granted permission, sources close to Oz Open tell Reuters…” he tweeted.

The claim contains no shortage of irony, after many fellow professionals – Jamie Murray being one – voiced the opinion that Djokovic’s exemption represented special treatment that players with a lesser status wouldn’t have received.

However, it is the supporting documents provided by the Serbian’s team which are believed to have contained errors and caused the problem.

The 20-time Grand Slam champion had his phone confiscated while he was questioned by officials, but as events folded his outspoken father, Srdjan, promised a backlash on a Serbian radio station.

“If they don’t let him go in half an hour, we will gather on the street, this is a fight for everybody.”

After confirmation of his son’s deportation, he was later quoted as saying “The truth is he is like water and water paves its own path. Novak is the Spartacus of the new world which won’t tolerate injustice, colonialism and hypocrisy.”

The tournament in Melbourne starts on January 17, but should he fly back home, it appears unfathomable that top seed Djokovic would then try and return to Australia to be there on time.