Novak Djokovic has offered his congratulations to Dominic Thiem after losing a thrilling semi-final at the ATP Finals in London on Saturday. Matches between Thiem and Djokovic have always been close-fought affairs.

Djokovic came out on top in a thrilling encounter earlier in the year at the Australian Open final.

And their semi-final clash in London promised much of the same with neither player giving much away.

Thiem eventually found the breakthrough in the opening set to take a 1-0 lead.

The match followed in the same vein in the second with both players holding strong on their own serve before heading into a tiebreak.

JUST IN: ATP Finals 2020: How to watch the ATP Finals in London – TV channel 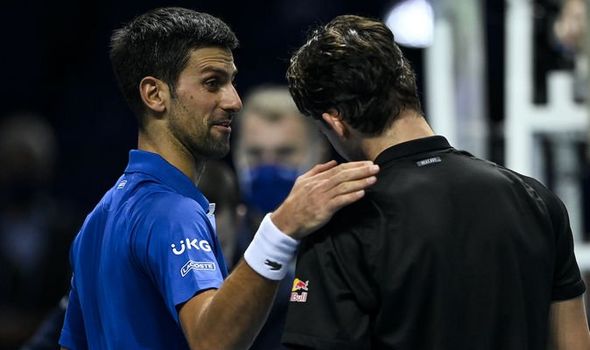 The pendulum kept switching between the two tennis superstars as they battled to take the set.

Thiem had multiple opportunities to wrap up the match, only for errors to start creeping into his game.

Djokovic too was relentless on his defensive work and soon went on the offensive before forcing a deciding set.

The world No 1 clearly gained some confidence from tying the match, but Thiem was also unrelenting.

Another tiebreak soon followed and Thiem looked out of steam as Djokovic took a 4-0 lead.

But the 27-year-old bounced back in heroic fashion to take the next six points, setting up two chances to win the match.

He was unable to take the first opportunity, but made no mistake on the second with some brilliant approach play to the net.

Djokovic was gracious in defeat as the two embraced at the net. 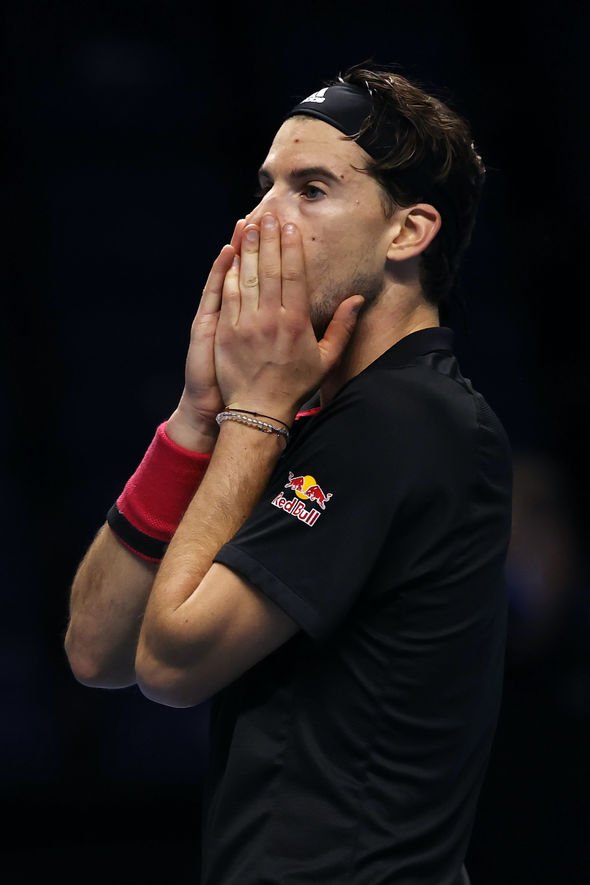 And the 17-time Grand Slam champion praised Thiem on Instagram after the match for an “amazing match”.

“You showed guts when you were down in the third set tiebreak and you deserved the win.

“It was a pleasure competing with you once again. Amazing match. @domithiem.”